New jobless claims declined this week, but are still significantly above their recent pandemic lows, while continuing claims, seasonally adjusted, made a new pandemic low. The downward trend in claims has clearly ended for now, although whether the current trend is sideways or upward remains unclear. In particular, there is a sizable but by no means certain likelihood that December’s jobs number will be negative.

Here is the close up since the end of July (for comparison, remember that these numbers were in the range of 5 to 7 million at their worst in early April):

Because of the huge distortions caused by the pandemic in seasonally adjusted numbers, and because we are at a time of year when seasonality causes the most distortions, in any event, let’s also take a look at the YoY changes in all of the above metrics:

Millions of India’s farmers fight for their economic lives

As a bit of a comparison, the 2018 Distribution of Federal Payroll and Income Taxes shows 761,000 household taxpayers making up 4 tenths of 1% of all taxpayers having the highest income in the US. I am not sure if we can get it as finite as what India shows in wealth. With a population of ~1.3 billion, the wealth of 831 individuals amounts to 25% of the nation’s GDP. The 831 are calling the shots for farmers in India and the nation.

“Millions of India’s farmers are in a fight for their economic lives,” New Europe, Sonali Kolhatkar , December 21, 2020

India’s farmers are revolting against Prime Minister Narendra Modi’s government in a mass movement that has drawn international attention. The world’s largest democracy is witnessing a collective groundswell of protest as hundreds of thousands of farmers, largely from the states of Punjab and Haryana, have laid siege to the outskirts of the capital of New Delhi, determined to occupy the edges of the city until Modi reverses unpopular new laws that they say are anti-farmer.

About half of India’s workers depend on the agricultural industry, and the government has long had in place regulations to protect farmworkers, acting as a middleman between farmers and buyers of their produce. Now those protections have been upended. In September 2020, Modi and his Bharatiya Janata Party (BJP) pushed three deregulatory bills through Parliament amid chaos and even some opposition from within his own party.

This morning’s release of personal income and spending for November adds to the evidence that the economic recovery from the onset of the pandemic has stalled, and potentially reversed.

When we factor in “government transfer receipts,” i.e., things like unemployment and supplemental pandemic benefits, income also declined for the first time since April, and is down -1.5% compared with its February peak:

So recently there has been a lot of buzz that we may be seeing a variety of speculative bubbles in the US and indeed world economy.  Many asset markets have risen in the last few months, with several of them either reaching new highs or getting close to doing so, with some of them rising very sharply quite recently, with all of this making many eyebrows rise to noticeable degrees and mumble about possible crashes, which could well happen in any of these markets. But probably not in all of them.

One is of course the US stock market, which has hit new record highs recently for most of its indices, with the Dow, in particular, making headlines when it passed 30,000, where it still is, if not at a record high level at this very moment.  It is ironic that President Trump spent so much time and effort focusing on the stock market, apparently engaging in stupid and ultimately deeply deadly policies regarding the pandemic out of a silly effort to affect favorably almost daily stock market movements.  People were not to be told how serious things were because, wow, the stock market might go down tomorrow and his reelection chances would be damaged!  Well, of course, when how serious things finally became clear in March, we did see a massive plunge of world stock markets, but a combination of Federal Reserve policy actions and a fiscal stimulus, along with the passing of the first wave of the pandemic, led the markets to recover quite rapidly from their horrific fall.  They generally continued to do not too bad even as we had another increase in the pandemic in the summer, which was probably just the spreading of the first wave into parts of the country that did not get it in March and April, especially parts where governors followed Trump in not enforcing masks and social distancing. 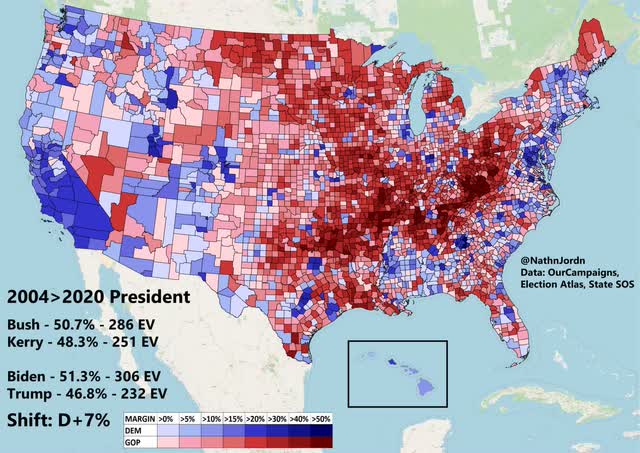 If there was bad news yesterday in the further increase of initial jobless claims, there was also good news in the 10+ year highs in new housing permits.

Not only total permits but also the much less noisy single-family permits made 13-year highs. While the much noisier starts didn’t, the only months in the past 13 years that were better were last December through this February.

Portfolio Capital Flows to Emerging Markets amid the Pandemic

Portfolio Capital Flows to Emerging Markets amid the Pandemic

Among the most notable economic responses to the COVID-19 pandemic has been the turnaround in capital flows to emerging markets. A sudden reversal in portfolio flows of over $100 billion to these countries in March has been offset by a surge of capital this fall. But many of these countries have accumulated debt burdens that will affect their ability to recover from the pandemic.

The IMF examined portfolio flows to these economies in last April’s issue of the Global Financial Stability Report (see also here). The report showed that prior to the pandemic, bond portfolio inflows had been larger than equity portfolio flows, with cumulative flows since 2005 of approximately $2.5 trillion for bonds vs. about $1 trillion for equity. The bonds included both bonds denominated in foreign currency as well as local currency debt. These flows had constituted significant amounts of finance in the emerging and frontier markets’ debt and equity markets.

The authors of the report analyzed the determinants of the different types of portfolio flows. They reported that changes in global conditions (or “push factors”) are largely responsible for debt inflows. Among these factors are the VIX index, a measure of global risk appetite, the U.S. Treasury bond yield, and the foreign exchange value of the dollar. Equity flows are also influenced by foreign conditions, but domestic economic growth (a “pull” factor) is a larger factor in raising the likelihood of capital inflows. This reflects the dependency of the returns on portfolio equity on profitable business operations.

Retail sales for November clocked in at -1.1% without adjusting for inflation. After inflation, the number was -1.3% m/m.
While the seasonally adjusted headline was certainly bad, this year tracking the unadjusted numbers is also important due to the havoc COVID is playing with consumption and employment. So the below graph shows the m/m changes over the past 5 years of both the adjusted (blue) and unadjusted (red) numbers:

As you can see, comparing this way shows that the November downturn is, relatively speaking, just a blip. Over the past 10 years November sales, unadjusted, had typically improved over 3% m/m as the Christmas season ramped up. This year sales declined -0.2%. So at the very least, we need to see if December changes the holiday dynamic this year.

Because of the huge distortions caused by the pandemic in seasonally adjusted numbers, and because we are at a time of year when seasonality causes the most distortions in any event, let’s also take a look at the YoY changes in all of the above metrics:

Industrial production continues to progress, at a slower rate, in November

Industrial production continues to progress, at a slower rate, in November

I call industrial production the “King of Coincident Indicators” because it is the metric that is usually the decisive one for the NBER in determining when recessions and expansions begin and end.

Even so, both are currently off their peaks by about the same percentage as the worst of the 2001 recession, and the 2016 “shallow industrial recession.”
The next graph compares overall production (blue) with nonfarm payrolls (red), both normed to 100 as of February:

Read More >
Comments Off on Industrial production continues to progress, at a slower rate, in November | Digg Facebook Twitter |