George Lakey has played a part in direct action campaigns for over six decades. He has recently retired from Swarthmore College. Some of history giving him a background in social issues include being arrested in the civil rights movement and most recently in the climate justice movement. George has facilitated 1,500 workshops on five continents and led activist projects on local, national and international levels.  Waging Nonviolence

Briefly and what I am reading in public and in the comments section here, I think it “might” be of interest to our readers also.

HT to Juan Cole at Informed Comment for featuring this commentary.

I’m encountering a great deal of alarm among progressive activists regarding continued Republican claims of a stolen election. Do these anti-democratic efforts mean a coup attempt is under way?

Despite being among the first to write about the possibilities of a coup, I have to say (as of this moment) the answer is “No.” My colleagues at Choose Democracy — who have been preparing Americans to defeat a power grab for the past several months — have also stopped short of describing what we’ve seen and heard this week as a coup. In a release today, they said: “What we have seen has been slow, poorly rolled out, and has none of the surprise elements associated with a traditional coup.”

So what are we to make of the Trump campaign’s lawsuits, Republicans refusing to honor the election results and the Department of Justice looking into “allegations” of supposed voter fraud? If this isn’t a coup, then what is it?

The politics of grievance

Be safe and innovative and love your family 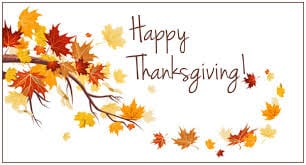 OK, I thought that the collapse of Trump’s lawsuits and the flight of his top lawyers was going to do in his coup attempt.  But we now see a far more desperate effort going on, although with Trump still trying to stay at least marginally within legal boundaries, although not by much, and clearly trying every single thing he can do to block Biden’s victory.  It is getting down to blocking certification of results in enough states so that even if he cannot get legislatures to approve pro-Trump electors, highly unlikely as illegal in all the swing states actually, but to have the situation undecided so that nobody goes from enough states so that when Electoral College votes on Dec. 14, Biden falls short of the necessary 270, which would then throw it to the House of Representatives, where Trump would win because a majority of the states have majority GOP representation, and the voting is by state. The last time the House determined the outcome was in 1824, when second-place John Quincy Adams defeated first place in both popular and electoral votes, Andrew Jackson, as Henry Clay threw his support to Adams in return for being appointed Secretary of State.

The sign of how desperate Trump has become is that even though GOP Sec of State in Georgia Raffensperger has certified that Biden won Georgia, in the face of calls for his resignation and death threats, that needs to be signed by the GOP Governor Kemp, whom apparently Trump is calling and pressuring not to sign off, again, the effort to simply have things unresolved as of Dec. 14.

Topical thread…who voted for who?

Via Truthout comes this thought:

Via the New York Times exit poll reporting reflects this impression from the Edison Research polling.

Is Trump Going To Attempt A Coup?

I realize that Joe Biden just held a press conference where he basically dismissed the refusal of Trump and a lot of other Republicans to concede the presidential election to Biden as “embarrassing,” laughing at Secretary of State Pompeo who earlier today talked about a transition to a second Trump term, and said it will all be over and fine by Jan. 20. Maybe, but I am somebody who has taken seriously for a long time words from people like Michael Cohen and more recently Mary Trump who have said he simply will not go willingly and will continue to refuse to accept defeat. I have watched various commentators supporting him from time to time thinking, “Will they support him if he declares martial law?” Unfortunately, I think a lot of them will.

He certainly is laying the groundwork for making an attempt. The obvious such sign was yesterday’s firing of SecDef Esper, reportedly because Esper made it clear in June he would not order US troops to move on peaceful civilian demonstrators in Washington. Rumor has it he is about to replace the FBI and CIA directors also. And the Undersec of DOD is also out. It certainly looks like he is trying to stock the top levels of the military and intelligence establishment with total toadies who will do his bidding. If he makes the move and invokes the Insurrection Act or simply declares a National Emergency, which, frankly, is in his legal power. Will these newly installed flunkies stand up to him? Who will?

I am seriously worried about this, and the more I see people like Mitch McConnell and Sean Hannity just spouting rank lies about the election, my concern grows. I hope I am wrong, but I am now afraid we may be facing a very serious showdown over this, and I see the refusal of certain foreign authoritarian leaders friendly to Trump, such as Putin, not accepting the result, as a sign that they would support him if he made such a move, and we know he really likes and admires those guys. This is a very bad situation.

Of Australian descent singer Helen Reddy passed on September 29, 2020 largely unnoticed, at least by me an old coffee house Marine. Helen’s song “I am Woman” was the 1972 anthem and soundtrack of the women’s movement, with the opening lyrics of “I am woman, hear me roar . . . In numbers too big to ignore” turning her into a feminist icon.

In 2015, Helen Reddy was diagnosed as having dementia and had moved into the Motion Picture and Television Fund’s Samuel Goldwyn Center, where she was cared for by family and friends. Reddy appeared in downtown Los Angeles at the January 21, 2017 Women’s March. The march for women’s rights and unity following the inauguration of Donald Trump brought out 750,000 people. Reddy was introduced by actress Jamie Lee Curtis and sang an a cappella version of “I Am Woman”.

For Aussie singers, Helen was one of the best along with the likes of Judith Durham of “The Seekers.”

The election season is nearly over, thank heavens, but I guess I shall throw one more story for it out there, one I really did not expect and find plenty weird, but with two different sources pushing it, well.  As it is, I must say that given how totally lacking in any credible support this whole Hunter Biden story was from the get go, I found it hard to believe that the Russian GRU was behind it. I think they are more competent than that. The Chinese I think are maybe less practiced at this sort of thing, although the versions of this going around are plenty weird.

So one version I saw this morning in the editorial page section in the Washington Post by Josh Rogin, who, it must be noted, seems to have somewhat of an anti-China bias, so I note that and would not have posted this if that were the only source.  According to him the story was promulgated by a supposedly dissident Chinese figure who many now think has switched and is now working for the CCP, attacking various dissidents abroad.  This story is a serious mess, frankly, and Rogin at the end of it admits that he really cannot figure it out and is not sure what is going on.

I saw the second one on daily kos in a post by Mark Sumner.  In that one, he reports that various right-wing social media sites have been claiming that the laptop and its emails are for real based on an analysis by a “Marten Aspen,” supposedly a cybersecurity expert in Switzerland.  But, according to Sumner (he does not report his sources), there is no such person, certainly not one in Switzerland, and that the photo supposedly of him seems to have been artificially created.

DeJoy’s 57 Varieties of Cost Cutting: What’s in the new OIG report—and what’s not? 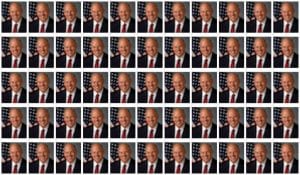 In response to several inquiries from members of Congress, the Office of Inspector General has issued a report on “Operational Changes to Mail Delivery.” The report discusses the Postal Service’s plan to eliminate 64 million work hours — the equivalent of 33,000 jobs — by implementing 57 cost-cutting initiatives. As discussed in this previous post, the plan represents one of the largest downsizing efforts in the 50-year history of the Postal Service.

These 57 “Do It Now FY Strategies” include restrictions on overtime, late and extra trips from processing centers, and all the other cost-cutting measures that have caused the delivery delays we’ve seen since July. They also include numerous other changes to postal operations that have not received much, if any, attention.

The report criticizes postal leadership on several counts. First, the Postal Service “did not complete a study or analysis of the impact the changes would make on mail service prior to implementation.” Second, “documentation and guidance to the field for these strategies was very limited and almost exclusively oral.” That caused “confusion and inconsistency” and “compounded the significant negative service impacts across the country.”

The IG also criticizes management for a third major failing: The Postal Service did not “fully respond” to questions and document requests from Congress and did not share information about the plan beyond what the Postmaster General was specifically asked in his testimony before the House and Senate.

As a result, Congress was not informed of the existence of the Work Hour Reduction Plan and the “Do It Now FY Strategies” before or during the Postmaster General’s testimony to Congress. The plan is not mentioned at all in Senator Gary Peters “Failure to Deliver” report or his update report. It’s very likely that Congress has yet to receive a full accounting of the plan. 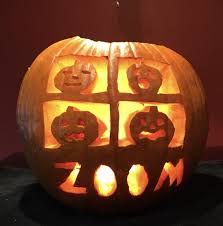 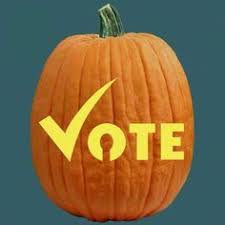 This is a follow-up on yesterday’s post regarding the history of the Judiciary under republics. In that post I pointed out that the concept of an independent judiciary is a modern one that started in the era of Britain’s Glorious Revolution of 1688, and was radically expanded by the US Constitution.
How the framers envisioned the US Supreme Court fit into the scheme of three independent branches of government was set forth in The Federalist Papers numbers 78 through 83. Of those, 3 are not relevant to this discussion: Number 80, which deals with types of court jurisdiction, Number 82 on relations between the State vs. Federal judiciaries, and Number 83, explaining that the Constitution does not abolish trial by jury.
Below I quote extensively from Federalists numbers 78, 79, and 81, all written by Alexander Hamilton, grouping those quotes by subject matter, with cites at the end of each quote. I discuss the historical problems with Hamilton’s arguments thereafter.
Placing the Constitution’s plan in historical context:
Read More >
Comments (5) | Digg Facebook Twitter |