Manufacturing sector continues to be on fire; but real construction spending plunges

Manufacturing sector continues to be on fire; but real construction spending plunges

The ISM manufacturing index continued to show strong expansion. Both the overall and new orders components declined slightly m/m, but at 59.5 and 64.9 remained far about the breakeven point between expansion and contractions of 50.0: 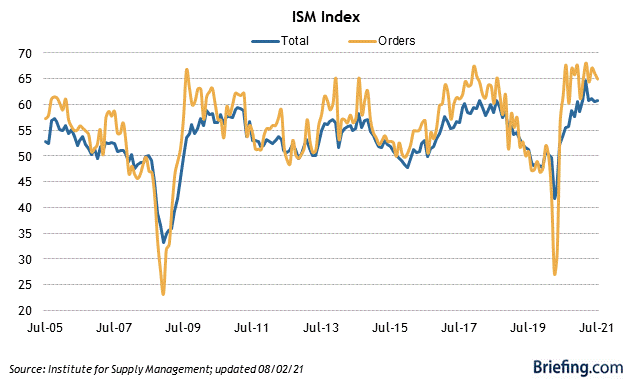 The simplest way to read this is that the manufacturing sector remains on fire.

The story is different from this morning’s release of June construction spending. Total nominal spending increased 0.1%, and spending in the long leading residential construction sector increased 1.1%, the former less than 0.1% below its all-time record from a few months ago, and the latter to the highest level ever:

But when we deflate by the cost of construction materials, that increase disappears, and in fact shows a plunge, down -3.6% and -2.7% monthly, respectively:

In other words, in real terms construction has been faltering badly. This is a substantial negative indicator for spending in the second half of 2022.