Coronavirus dashboard for June 28: comparisons with one year ago as “delta” spreads

Coronavirus dashboard for June 28: comparisons with one year ago as “delta” spreads

Let’s begin this installment with a look at vaccinations by county from a different source that a reader pointed me to last week, COVIDactnow: 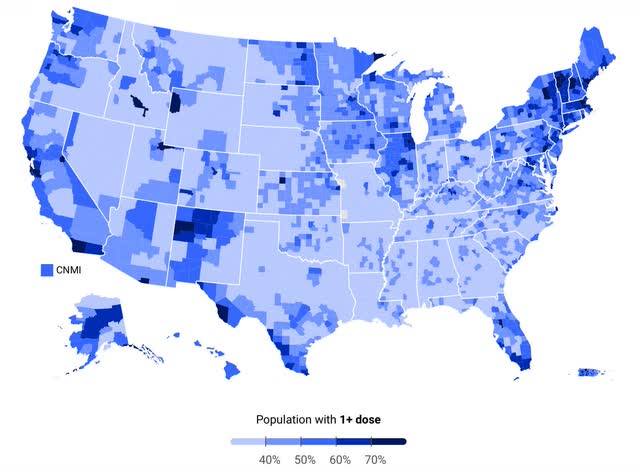 The urban/rural and Red State/Blue State divides are pretty obvious. Conor Kelly (whose work I was highlighting one year ago) also has a more detailed breakdown: 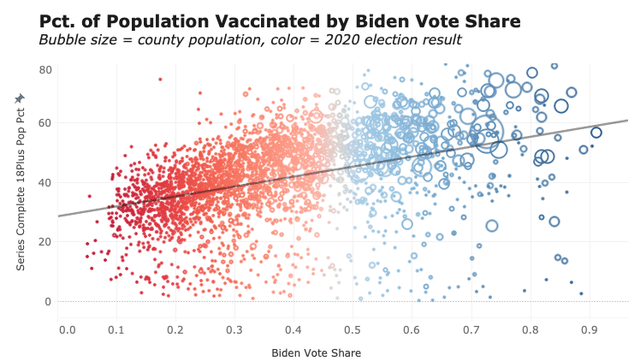 He notes that income level also correlates with vaccination rates even without taking partisanship into account: 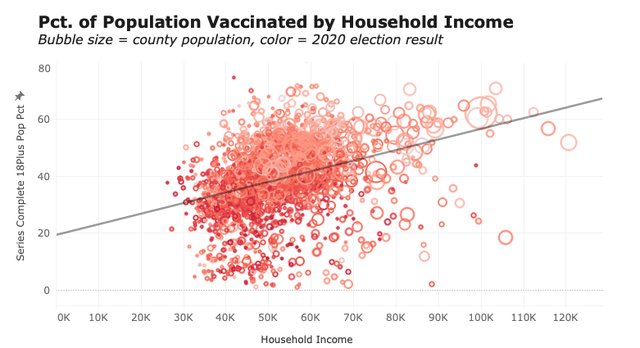 Kelly also notes that test positivity rates have also crept higher in the South and West regions where vaccinations have been lagging: 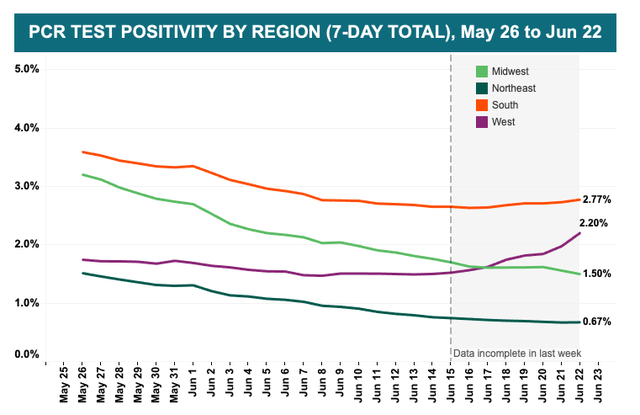 And indeed, when we look at the national level, both deaths and new cases have all but stopped declining: 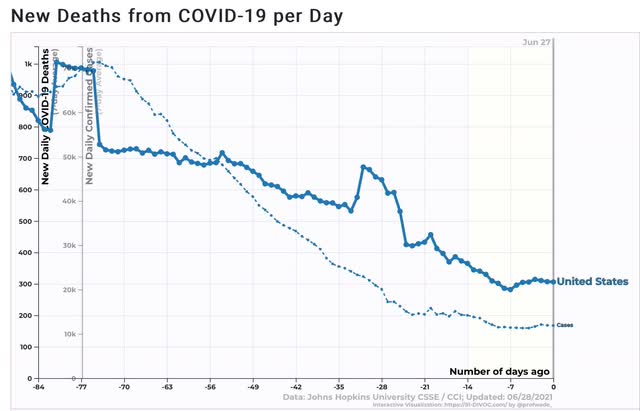 Cases were declining at a rate of 1500/day up until several weeks ago. Now they have been declining a 1500/*week*, and may have bottomed 5 days ago.

There are 16 States where cases are either flat or higher compared with where they were 2 weeks ago: 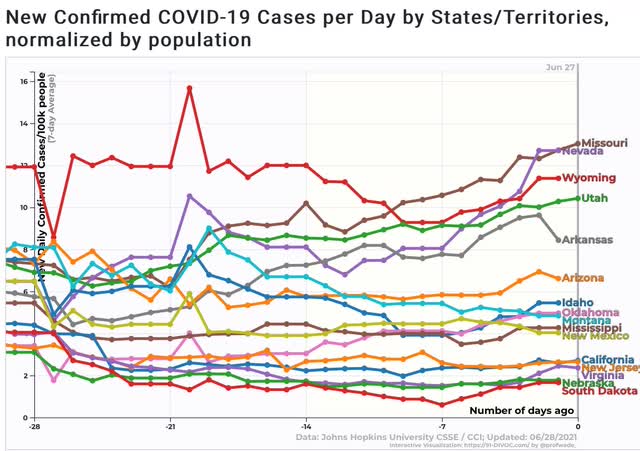 I expect this list to grow over the next week since there are a number of States with numbers higher than they were 10 or 11 days ago. Note that several of the States have high vaccination rates – CA, NJ, VA, and NM – and in the case of the first 3 there may not be any significant increase, and all are at low levels but are included for consistency.
For comparison purposes, here is what the top 10 States for new cases looked like one year ago: 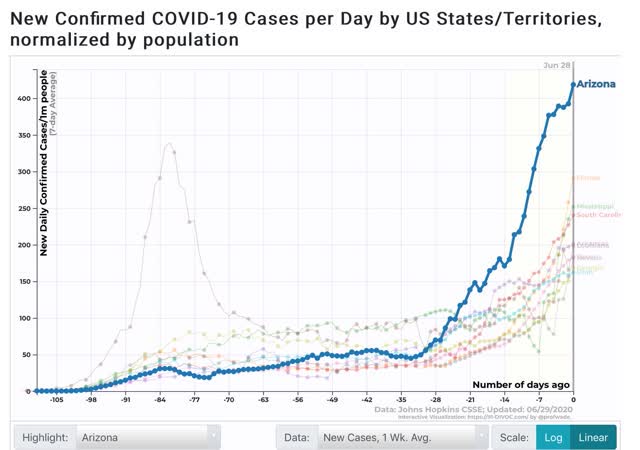 But several States, most importantly MO and WY, have just as high case rates as they had one year ago: 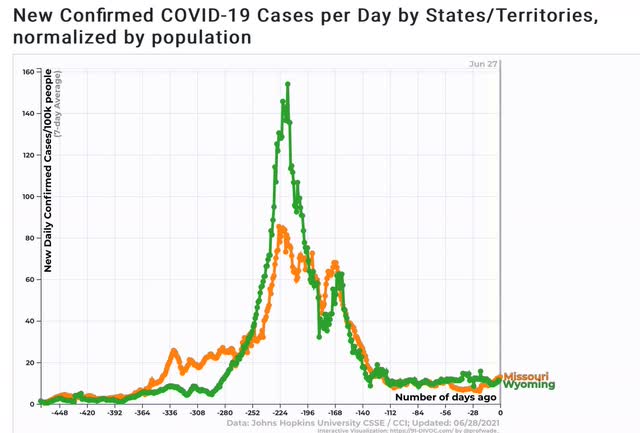 In the case of Missouri, the number of new cases per capita has doubled in the past 4 weeks, from 6.5 to 13.
Missouri is particularly instructive because the State has terminated pandemic employment benefits to force people back to work under the misimpression that the pandemic is “over.” I predict a poor result.

My best guess at this point – and this is all anyone really has – is that the “delta” variant will only cause a small increase in most highly vaccinated States, except for several, notably California, with huge populations at high density (so easier for the variant to spread among those remaining unvaccinated). But the variant will likely cause a very large spike, although not as bad as last winter’s, among the least vaccinated States. I expect that Missouri will lead the way here, and we will have a very clear picture in about 4 to 6 weeks, unfortunately, and needlessly at the cost of much misery and death.