(Better late than never…Dan) This is a really slow news week – on the economy!  My retrospective on the Trump Presidency is nearly complete and will be published tomorrow morning.

In the meantime, here is a brief note on the Small Business Optimism index which was updated for December last week, showing a steep decline across the board. Here it is: 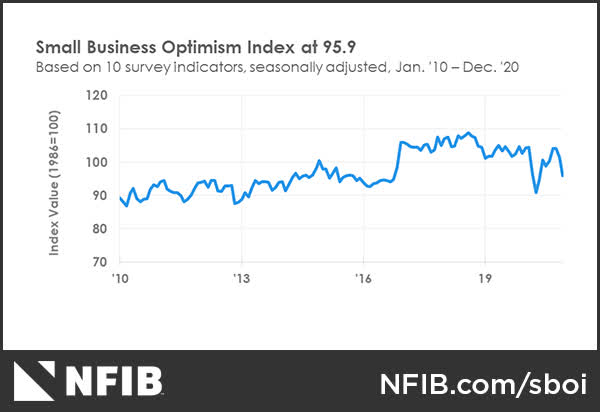 What happened? Was there some earthshaking economic news? A hidden cataclysm of supply or demand?

What happened is that it became apparent to the small businessmen who primarily make up the National Federation of Independent Business that Biden had been elected to the Presidency.

As has been noted from time to time, Trump’s core constituency is not the white working class, but rather white small businessmen. When Trump shockingly won the 2016 election, their outlook soared – as is easily seen on the graph. Now that Trump has lost in 2020, their viewpoint has returned to where it was under Obama (note: the other big downward spike was March and April, when the COVID lockdowns went into effect).

A similar effect shows up in the same survey’s index for hiring plans: 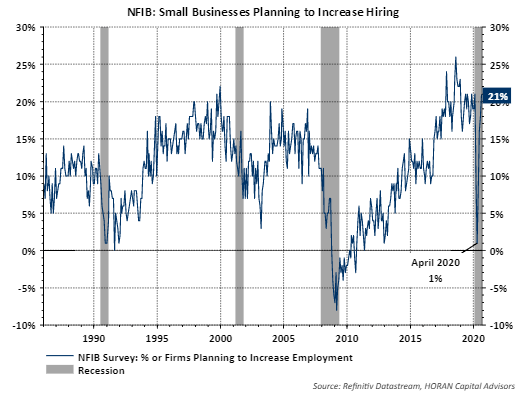 What actually happened, according to ADP’s index of small business hiring, is that it tapered off dramatically after 2017, and after surging the most from 2011-15: