I haven’t seen anything yet to convince me that the Putin-Trump collaboration was a big deal.  Ugly and unprincipled, sure, but politically consequential, probably not.

A contrary view, expressed by Harry Litman in today’s New York Times, is that this is the beginning of the end for the Trumpster.  The evidence is accumulating that, between his election in November of last year and his inauguration on January 20 of this one, Trump and his inner coterie worked back channels to undermine Obama’s foreign policy.  Litman characterizes these efforts as “abuses of power arguably well beyond those in the Watergate and Iran-contra affairs.”  He further sees the possibility that Trump will be cited for obstruction of justice in his attempts to keep these activities secret.

I’m not convinced.  On the face of it, Trump intervening in foreign policy after his election is less condemnable than Nixon’s secret disruption of a Vietnam peace deal during the 1968 campaign.  The Nixon escapade was an open secret almost from the beginning, and he got away with it.  Iran-Contra was nasty stuff, but Reagan made it through intact, as did his Nicaragua policy, and even the underlings caught red-handed survived and prospered.

But let’s not compare Trump to Nixon and Reagan; that just shows how old some of us are.  Let’s speculate on the political fallout from a potential prosecutor’s report that Trump cut deals with Putin before taking office.  Litman says this is something “that nobody on either side of the aisle could possibly defend.”  Why not?  What happens if the Republicans in the House and Senate say, hey, it’s just a bureaucratic detail, since he was already elected?  And why wouldn’t they say this?  How would that be any more outrageous than anything else they’ve said or done in recent memory?  Who would stop them? 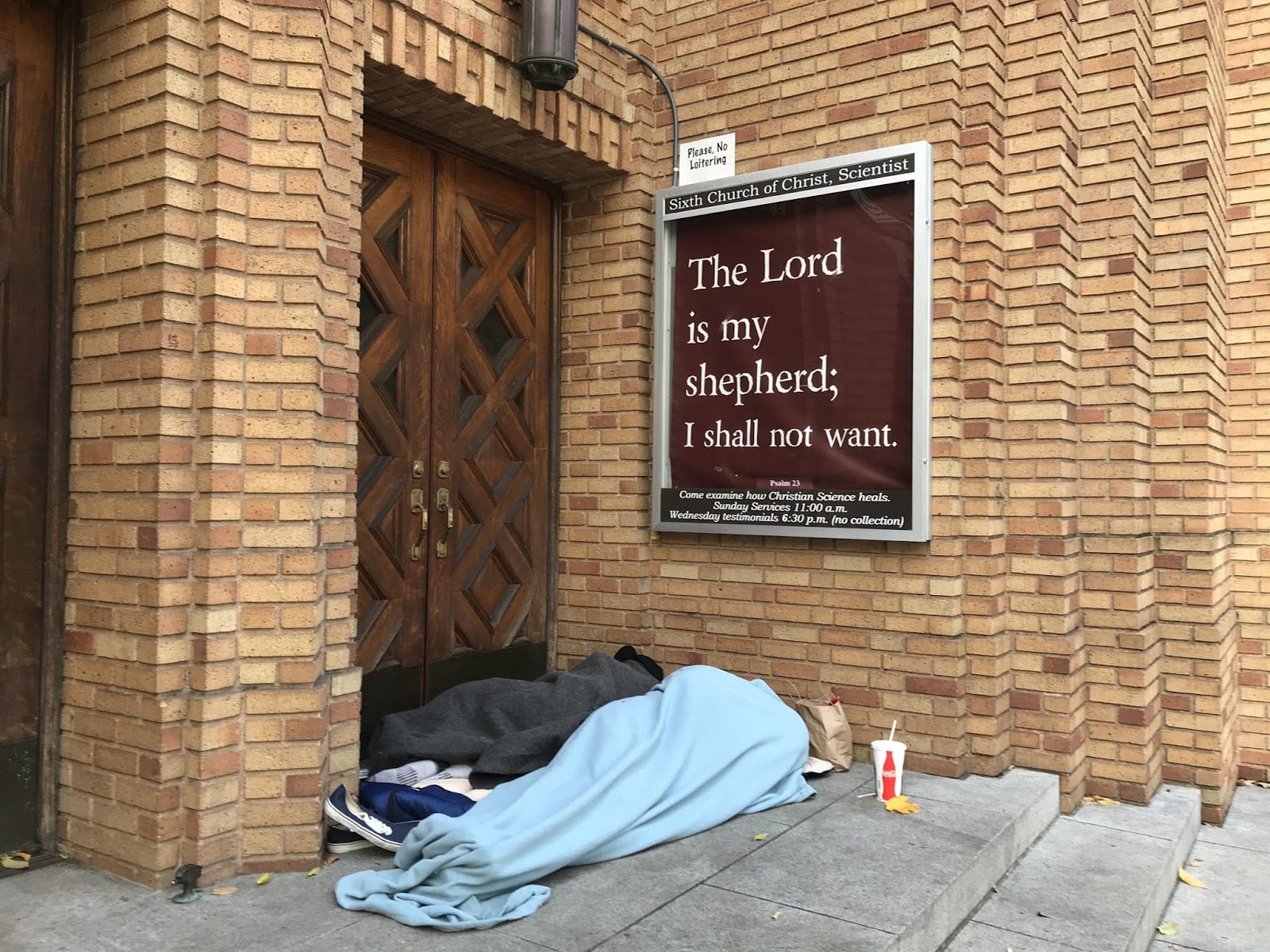 Freedom of Speech for Fascists? (An op-ed)

Freedom of Speech for Fascists?

I just finished reading the Chronicle of Higher Ed’s profile of Mark Bray, author of Antifa: The Anti-Fascist Handbook.  I don’t know how accurate it is as a portrayal of Bray and his ideas, but it seems like a sober, fair-minded overview of the debate over anti-fascist tactics and freedom of speech.

What the article doesn’t say, however, is that there are two very different bases for opposing public appearances by white supremacist and similar groups.  One is dangerously wrong, the other, which Bray presents, makes much more sense.

First the wrong approach, that groups should not be permitted to express themselves in public if they cause emotional distress to me or other people I care about.  You hear this one a lot: speech that I find demeaning is a form of violence, and there can’t be freedom for it.  There’s no difference between saying something horrible to me and punching me in the face.  No freedom for one, no freedom for the other.

This argument has its roots in a mindset that has become popular in much of the left, that the ultimate political goal is equal well-being for all, that well-being is essentially having a positive emotional state (or not being in a state of stress/despair/fear/etc.), and that actions should therefore be judged by the emotional response they engender, especially among marginalized groups.  It’s a deeply subjectivist conception of life and politics, one that puts feelings above “objective” conditions like economic status, access to social or institutional networks, risk of physical harm, or other measurable outcomes.  In fact, the primacy of subjective feelings is often asserted by denying the very possibility of “objective” anything.  (Objectivity is said to be a tool of knowledge/power to silence the oppressed.)

Corey Robin is very insightful about a lot of things.  I think his take on conservatism, that the thread running through it is opposition to attempts to demolish pre-existing hierarchies, explains ideological twists and turns that would otherwise remain mysterious.  Don’t take this post as an expression of anti-Robinism.

But CR seriously misreads economic texts that abut political theory.  I felt this way about his analysis of Hayek, which simply ignores the centrality of his lifelong revulsion at Vienna-school-style positivism, with its echoes in a certain style of economic formalism.  (Yeah, Hayek bought into a lot of the elitism of the right, but so did nearly every other conservative; that’s not what made him consequential.)  And now he gives us a terrible interpretation of Coase.

According to CR, “Coase divides the economic world into two modes of action: deal-making, which happens between firms, and giving orders, which happens within firms.”  He then goes on to paint Trump as an über-Coasian, at least in his own self-presentation, since these are the only types of action he recognizes.  I won’t dispute the portrait of Trump, but Coase?  Not a chance.

Coase is proposing a theory of the make-or-buy decision which faces every firm.  (This is the case even for firms in a socialist economy, assuming they can transact in some way with other enterprises.)  What goods does a firm produce internally, and what do they acquire from the outside?  Do you hire your own accountant, or do you buy the services of some accounting firm?  Does Toyota make its own seat cushions for its cars, or does it get them from a supplier (or group of suppliers)?

I note with some interest the debate over whether it is ethically necessary to refer to slaveholders as “enslavers” in order to convey our disapproval over their actions.  The obsessive use of the enslaving terminology in The Half Has Never Been Told (Baptist) bothered me at the time, and now I see he was part of a trend.

I understand the motivation—up to a point.  Anyone who participated in the slave system had a share in the responsibility for it.  It is not anachronistic to look at it this way, since many members of slave-owning households had the same feeling and chose to opt out.  Of course, this moral judgment applies not only to those who directly owned slaves, but also those whose livelihood was predicated on enslavement, which includes financiers accepting slaves as collateral and business owners producing goods for slave maintenance and exploitation.  To some extent, in my opinion, it even applies to workers for those slavery-based businesses: I’d like to think that I would never have taken such a job if I had been around back then.

Nevertheless, the insistence on language that parcels out responsibility to each participating individual implicitly distracts attention from the systemic, collective basis for slavery.  In what sense was an individual slaveholder an enslaver, personally responsible for the enslavement of his or her chattel?  An individual is responsible for whether they will be the one with the whip, but not whether individuals will be placed in bondage to someone.  The institutions of slavery, which encompassed the political, legal and financial mechanisms that defined, enforced and managed enslavement, took care of this.  Language that foregrounds individual responsibility backgrounds the institutional basis of the system. 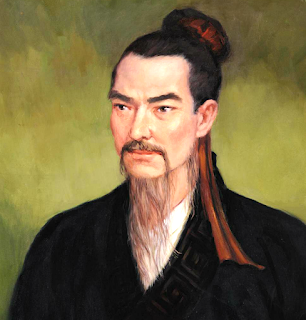 How do we think about the obligation of social justice?  The dominant American political culture is based on individualist values: you have a right to do whatever you want, and the main problem is how to prevent you and other rights-bearing individuals from getting in each other’s way.  Without extra considerations, social justice in such a universe is a matter of taste and inclination, which is to say charity.  You offer help to others when you feel like it.

But there is an important extra consideration, debt: our freedom in an individualist world is constrained by obligations to repay the debts we have incurred.  This may result from a purely financial transaction like a mortgage or a student loan, but we also recognize what might be called social or moral debts, where one person has benefitted at the expense of someone else and therefore owes compensation in return.  This might not be recognized in a court of law, but it makes an ethical claim that can cause people to feel a sense of obligation.

The you-owe-it-to-them argument is used on behalf of coffee-growers, for instance.  Those on the sipping end of the industry, when they hear stories about how hard these growers work and how little they get for it, rightfully feel obligated to go out of their way to make amends.  They buy fair-traded beans and patronize cafes that share, or seem to share, these same values.  If you benefit by drinking, you are indebted.

Ta-Nehisi Coates, who I discussed in an earlier post, strongly pushes this framing of racial justice in America.  White people benefitted from centuries of un- and underpaid black labor, and from racial domination in general, and in this way they have accrued an immense debt.  Justice will not be achieved until the debt is acknowledged and paid back.

In fact, the “white privilege” language used to analyze racial inequality implicitly draws on this same notion of debt obligation.  Inequalities are assumed to all take the form of zero-sum relationships, where some (whites) have more because others (blacks) have less.  Thus the difference in outcomes can be understood as a debt that the better-off owe to the worse-off.  It’s politically effective insofar as it appeals to this deep theme in our culture, justice as the retiring of debts.