No economic data today due to the Presidents’ Day holiday, so here is something else I ran across over the weekend.

Former Federal Reserve Economist Joseph Gagnon critiqued a Paul Krugman column about the cause of inflation. He notes that the causes of this inflation are both supply and demand sided: 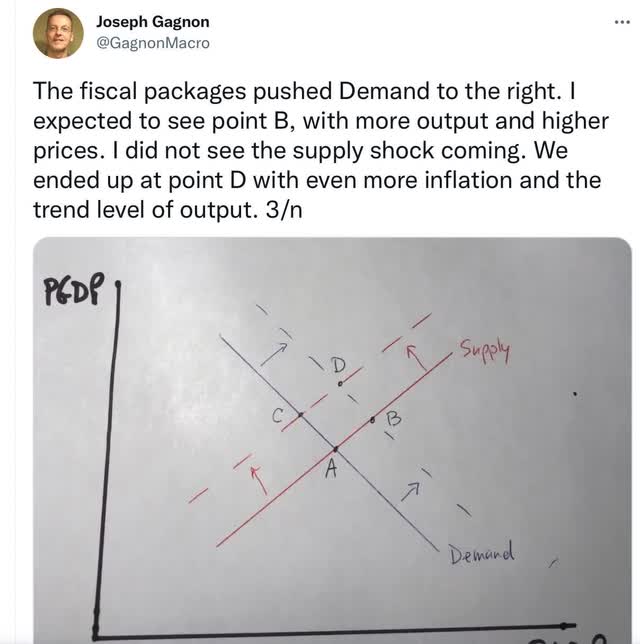 To which Paul Krugman replied: 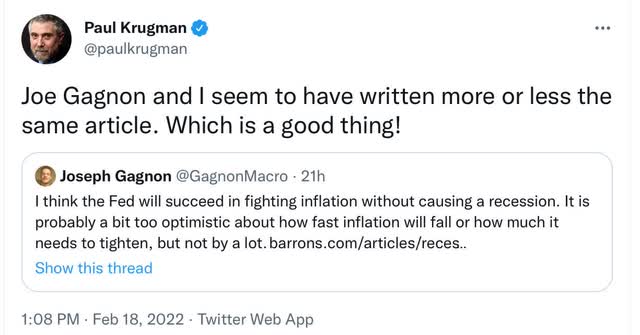 Yours truly bought into supply chain problems as creating some inflation almost immediately. By last summer I was also citing personal income and spending, and retail sales as adding a demand pull element to the inflation. I officially left “team transitory” last August. Two months ago I noted the reverse-“musical chairs” element of wage inflation that was likely to continue.
It’s nice to see two such prominent economists figure it out only a few months later.