Coronavirus dashboard for November 12: regional variations and the winter wave

There’s a glitch in 91-Divoc collecting Johns Hopkins data, so the State by State totals have not been updated for several days, but here is Our World in Data’s update for the US as a whole: 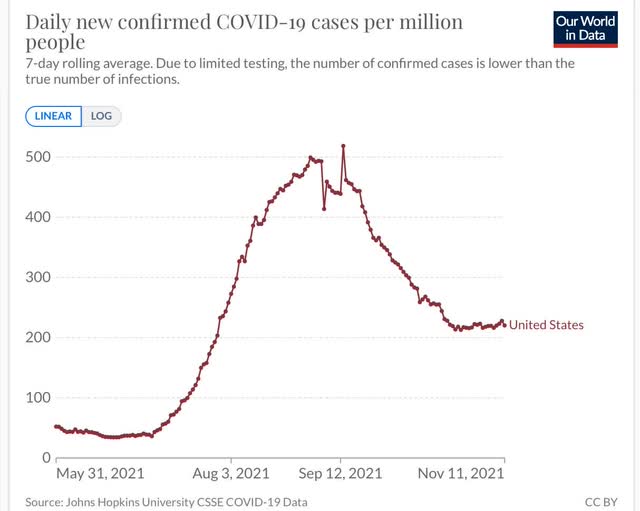 As of yesterday, cases are up only 3.5% from their recent low 2 weeks ago.
Meanwhile, deaths have also stopped declining, but have not increased from their low of just over 1100/day last week: 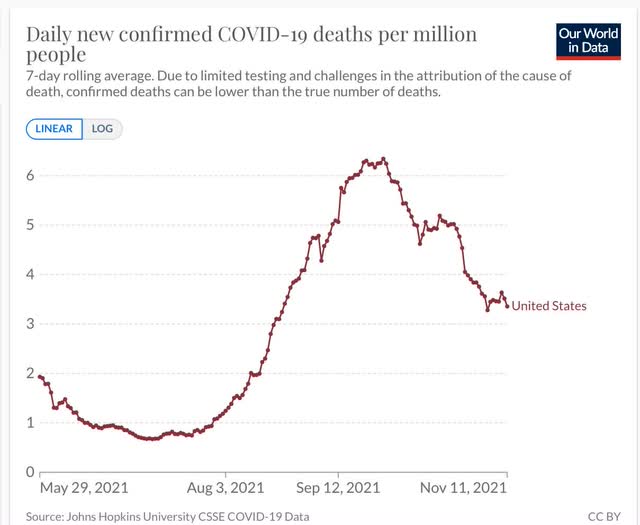 The big question for the immediate future is what kind of winter wave will there be in the US? Dr. Eric Topol, looking at the bad outbreak in Europe, which by and large has higher vaccination rates than the US, yesterday forecast that it would be another awful wave like the Delta wave this summer. I’m not so sure.

Here are the daily case averages from Western Europe: 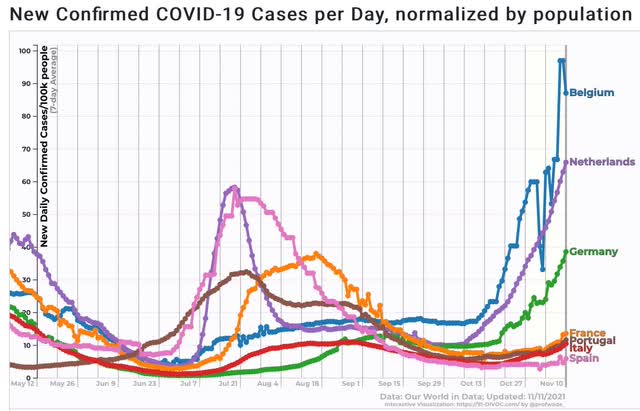 With the exception of Belgium, there is a distinct correlation between how low (high) the summer Delta wave was, and how high (low) the current incipient winter wave is. In other words, it still looks like waves of infection confer a level of resistance to re-infection for at least some limited period.

That same pattern has been the case in the past 18 months in various regions of the US. Here are breakdowns for 4 different regions: western Midwest and northern Mountains, eastern Midwest, Deep South, and Northeast corridor: 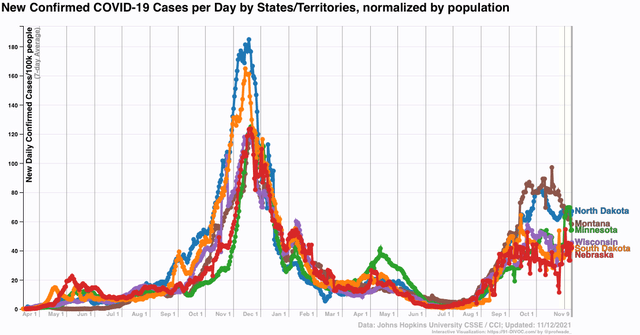 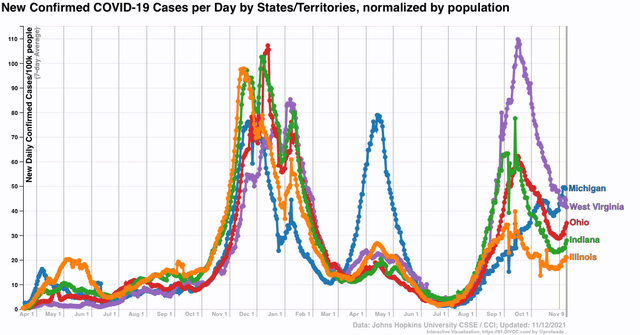 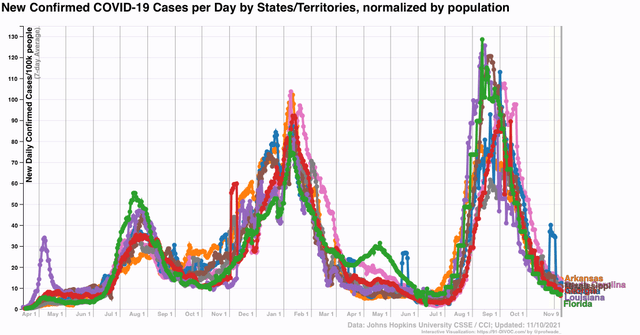 It is noteworthy how cases rise and fall mainly in sync in all four regions, but out of sync with one another, and despite the fact that three of the regions have similar climates.

In the area centered on the Dakotas, cases peaked in November 2020 and declined throughout the winter, despite virtually no vaccination. They also did not suffer much during the summer Delta wave, but have seen an increase now.
In the eastern Midwest, by contrast, there was a severe winter wave that typically peaked in December or January, and a much bigger impact from the Delta wave. Note also the experience of Michigan which suffered an anomolous huge outbreak in the spring, avoided Delta all summer, and now is seeing rising cases.

In the Deep South, there were outbreaks during both summers, with the Delta outbreak being by far the worst. Also, there was no outbreak until late last winter.

Finally, in the Northeast, there was the bad initial outbreak in spring 2020, virtually no increase during the summer, and then a huge winter wave last year with a small echo in the spring. Delta’s impact was marginal, as is the current increase in cases.

This suggests to me that Topol’s conclusion is too pessimistic. I suspect the regions most badly affected by Delta this summer will not see big winter waves for another few months, while those areas that (relatively) escaped Delta have probably already begun increases towards (relatively) bad winter experiences. But these are still going to be mainly confined to the unvaccinated, the pool of which is shrinking by the day, particularly with vaccine approvals for younger children.