On the downside of the Delta wave, vaccinations make all the difference

Coronavirus dashboard for September 13: on the downside of the Delta wave, vaccinations make all the difference

With each passing day, it becomes increasingly likely that the peak of the Delta wave was just before Labor Day. We’ll probably get a pop in the weekly average number tomorrow, as today’s numbers replace the Labor Day holiday numbers, but unless there is a big surprise, it appears we are into the downside of the wave.

But we are still on the upside when it comes to deaths, which probably won’t peak for another week or two.
Below are cases (solid line) and deaths (dotted line) for the past year: 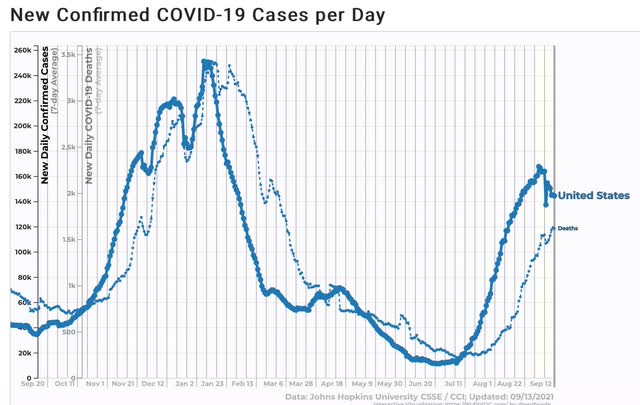 So the next couple of weeks are going to look pretty grim as to deaths, and it’s already baked in the cake.

More evidence that we are on the downside of the wave for cases comes when we examine what is happening with the first hard-hit States, shown in bold in the graph below: 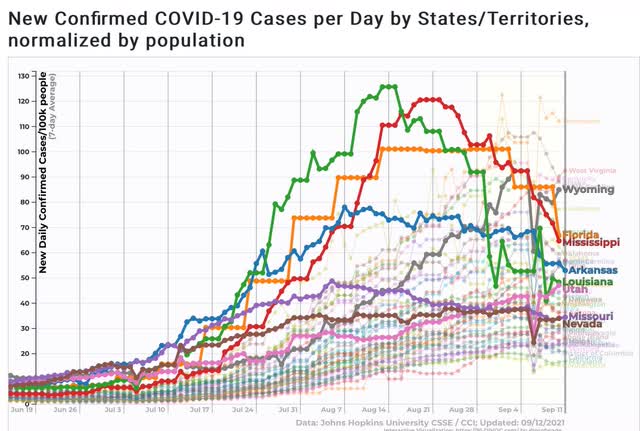 It is very clear that in all cases except for Wyoming, the wave has peaked, and in some cases, the decline is already precipitous. Wyoming is something of an exception because it never really got below 10 cases per 100,000/day, even in June.

Meanwhile, the benefit of vaccinations is extremely clear in the State-by-State evidence. Here are the 10 least vaccinated States: 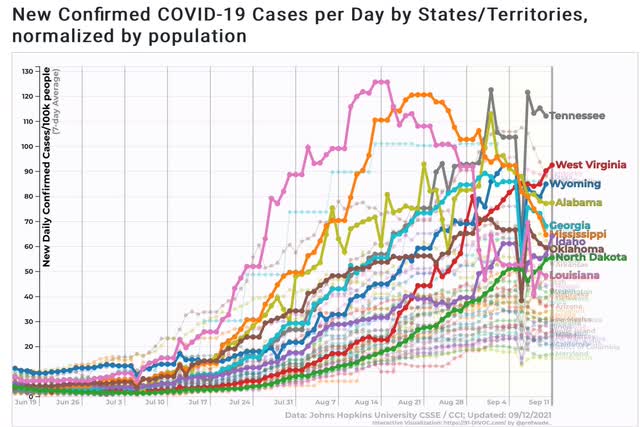 These States make up the vast majority of the worst-performing States for infections during the Delta wave.

At the other end of the scale, here are the 10 most vaccinated jurisdictions: 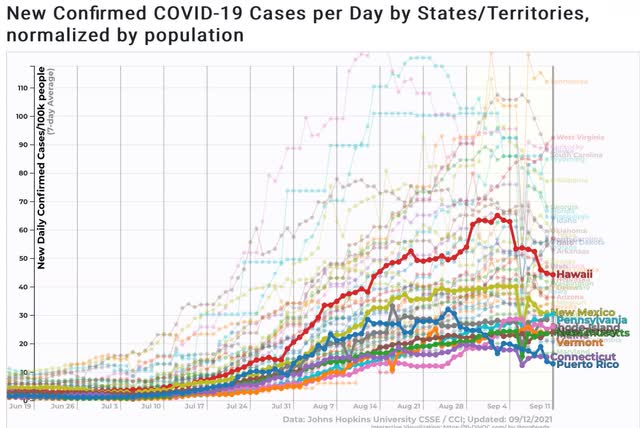 With the exception of Hawaii (not sure what happened there), these States and Puerto Rico are the best-performing of all the US jurisdictions. Vaccinations work!