Coronavirus dashboard: the Delta wave starts to recede in the South, and migrates North

Coronavirus dashboard: the Delta wave starts to recede in the South, and migrates North

Ultimately, that I have to continue to post this material is depressing. At least 80% of all US adults and most teenagers should have been fully vaccinated by now, with the threat of mass outbreaks, even from Delta, retreating into the past.
So let me begin with the best graphic representation I have seen so far of where the resistance to vaccination is coming from (via Morning Consult): 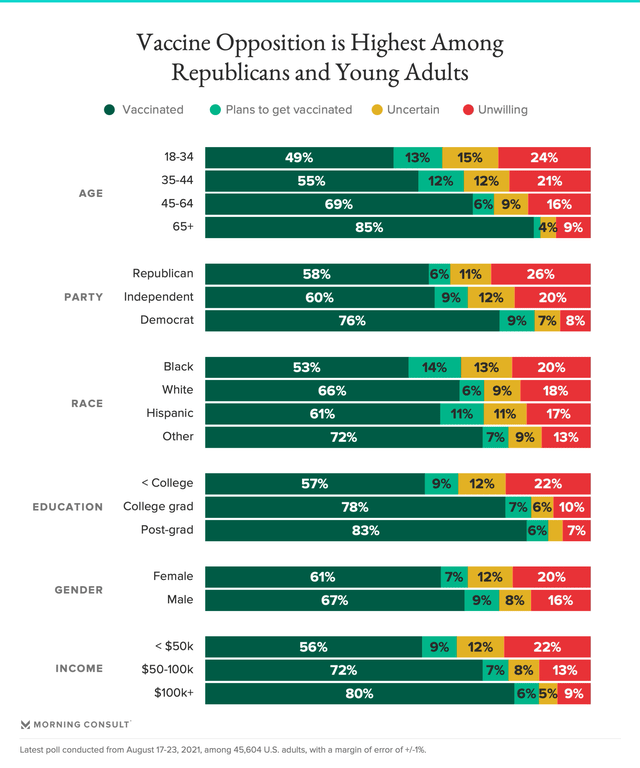 Further, when we look at the data longitudinally over time, we see that while a large percentage of “uncertain” Blacks have been persuaded to get the shot, only modest progress has been made both with regard to GOPers and the Young Invincibles: 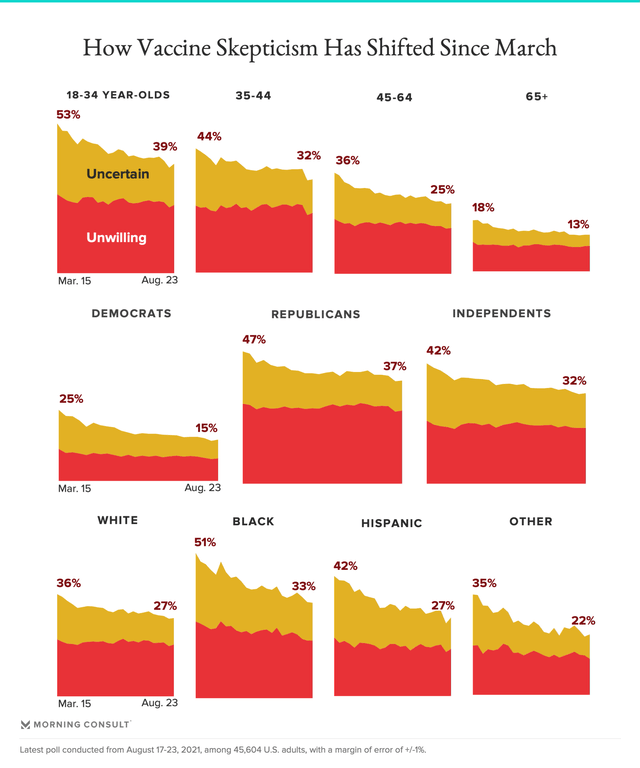 Turning to the present situation, the “good” or at least less bad news is that the week over week increase in new cases continues to slow, now at “only” 6%. The increase in deaths, which lags by 3 to 4 weeks, may be showing its first signs of deceleration as well: 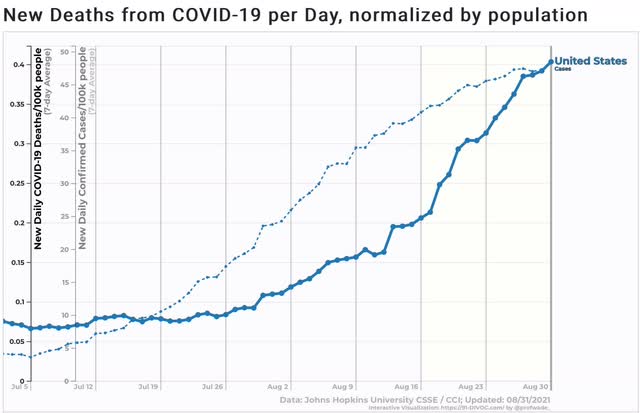 Even if so, during that time cases have risen by over 35%. A similar increase in deaths will give us over 1800 deaths per day by September 21, and possibly as high as 2500 or so by the end of September.

California’s case rate may have peaked in the last week, and indeed 17 States + DC show either a plateau in cases or an outright decline: 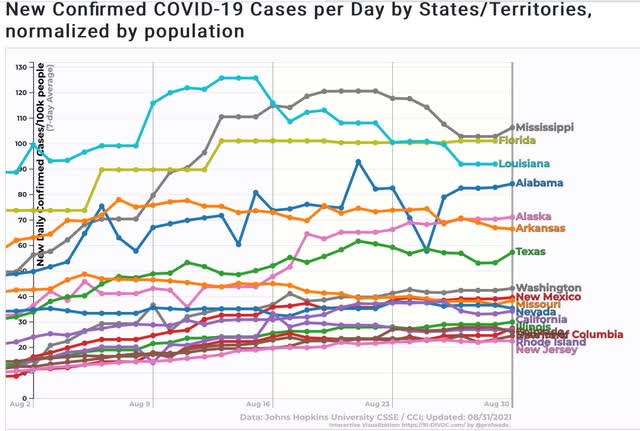 Note that all of the original hotspots in the South – MO, AR, LA, TX, MS, AL, and FL – fit into this group.
Meanwhile, 16 other States, almost all in the interior West or Midwest, plus the Carolinas and Georgia, are showing a solid uptrend in cases: 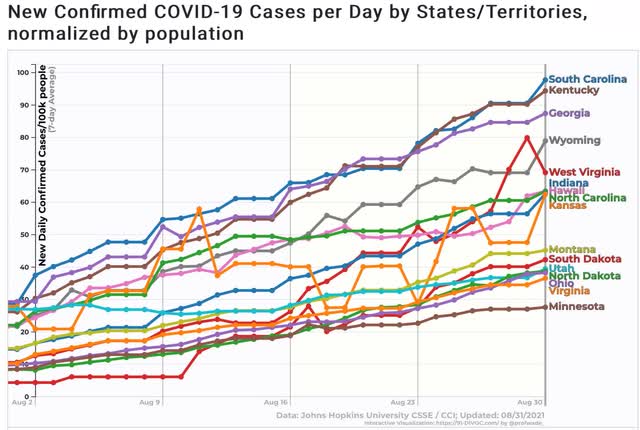 Among these, the most unvaccinated States including ND, WY, WV, and IN, and the next lowest tier, including SD, GA, SC, and OH, are included in this group.

In other words, the epicenter of the Delta outbreak, having gone through most of the dry tinder in the Deep South, is now migrating northward, especially to the least vaccinated States in that climate zone. While I continue to think that on a nationwide basis, the peak of the Delta wave is close at hand, the fact that SD in the wake of the acid test of the Sturgis rally appears *not* to have anything close to herd immunity, causes me to think that the decline in cases after Labor Day or so is likely to be short-lived, with another wave hitting as schooling resumes throughout the north, and colder weather gives rise to more indoor gatherings.