Recently I’ve speculated in a few places that Delta may be acting as a backfire-type firebreak against Lamdba, which has been getting a lot of press as potentially evading vaccines.

Confirmation that this may in fact be the case comes from Dr. Eric Topol who writes:

The Lambda variant is going out like a lamb. (from the hard to find pandemic good news list) https://outbreak.info/situation-reports?pango=C.37… It can’t compete with Delta. 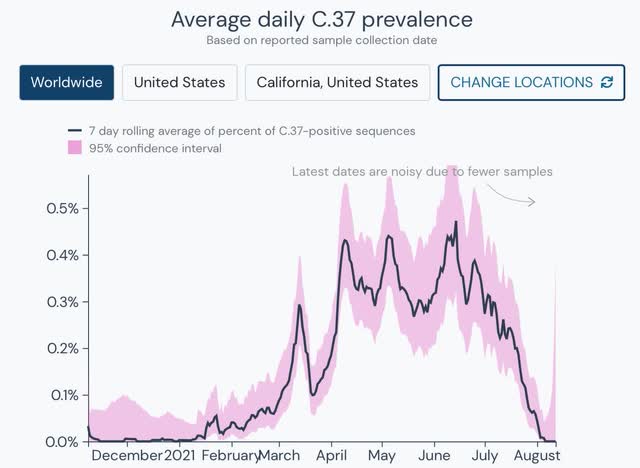 Delta appears to be so infectious that it is preventing Lambda from getting a foothold anywhere beyond the west coast of South America.

Elsewhere in the (relatively) “good” news front, there is further confirmation that the Delta wave appears to be peaking or maybe even past peak in the earliest States that it hit: 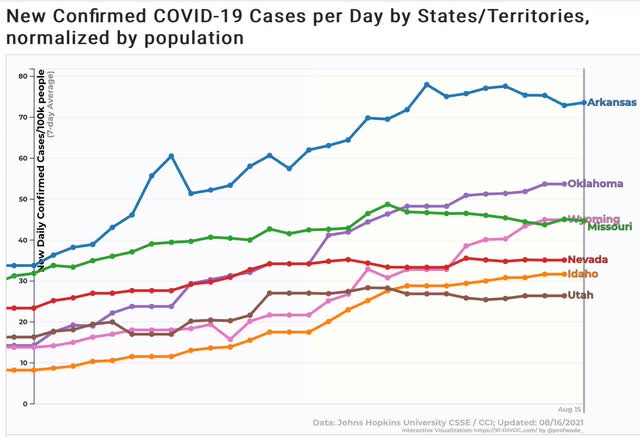 Cases in California also appear to have plateaued, and even Texas has shown at least marked deceleration: 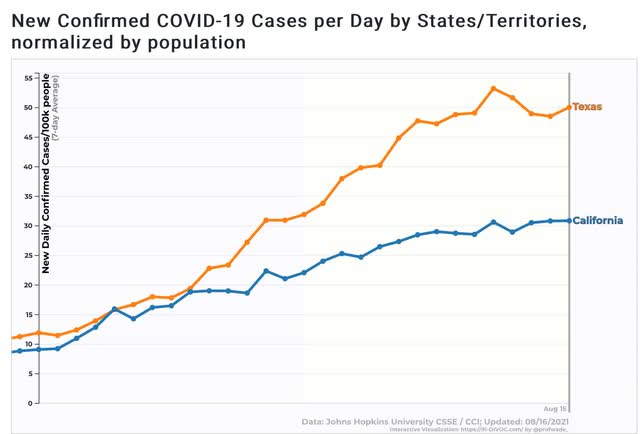 Meanwhile, deaths in the UK’s Delta wave also appear to have plateaued, as have new cases since its “Freedom Day” living all restrictions one month ago: 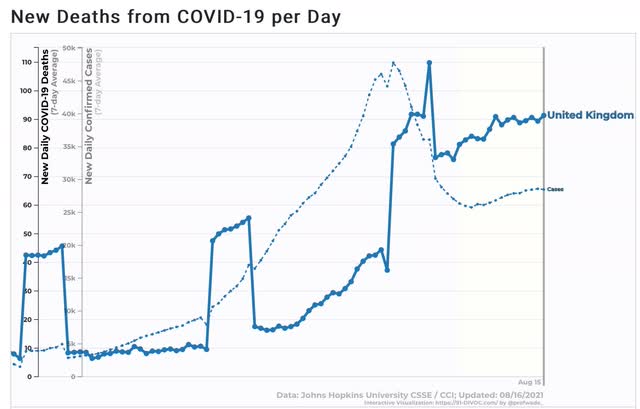 But in the “continued bad news” department, deaths in the US have continued to climb, and can be expected to continue to climb for at least the next 2.5 weeks: 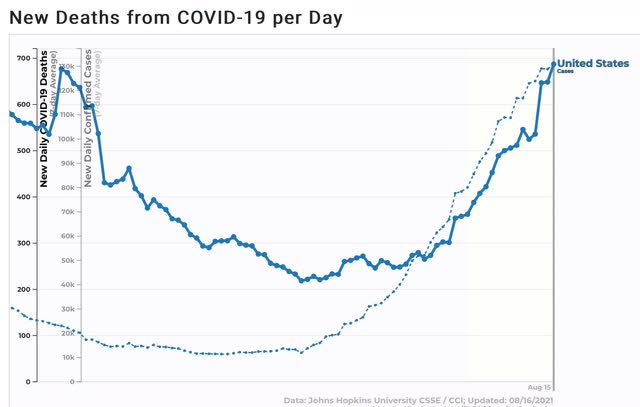 And even in the most vaccinated States of New England and New York, the case count continues to climb: 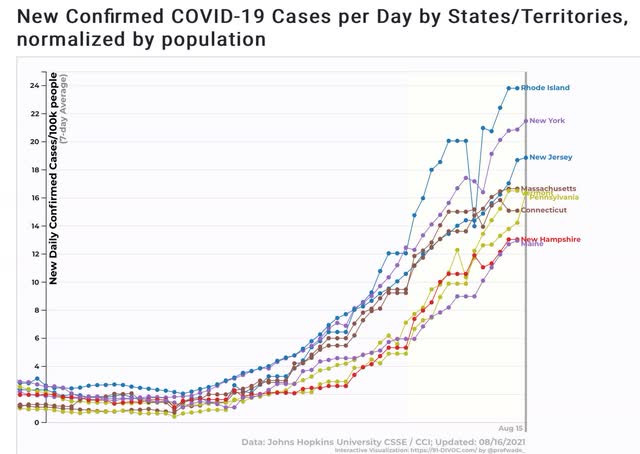 In only 3 States – CT, MA, and VT – has over 60% of the total population been fully vaccinated. It appears that even this level of vaccination has not prevented a Delta wave. And there is no guarantee, especially as colder weather arrives in the north in the next 75 days, that a really bad situation, such as we have among the Gulf Coast States now, can’t happen.