Bad news and *relatively* “good” news about the Delta Wave

In the near future, there appears to be bad news and *relatively* “good” news for the US. The bad news is that the “delta wave” is spreading, and we should expect a real outbreak on the order of last summer’s by early August. The *relatively* “good” news is that the death rate is likely not to be nearly so bad, if the experience in the UK is any guide.
First, here’s the bad news, graphically. Of the 25 US States with the highest rate of infections, only 5 do not show an increase: declines in CO, NM, OR, and WA, and steady cases in DE: 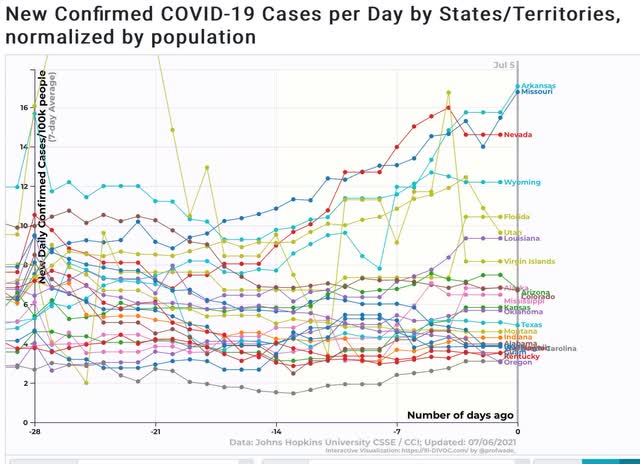 Of the 25 States + DC with the lowest rate of infections, 5 have started to trend significantly higher: 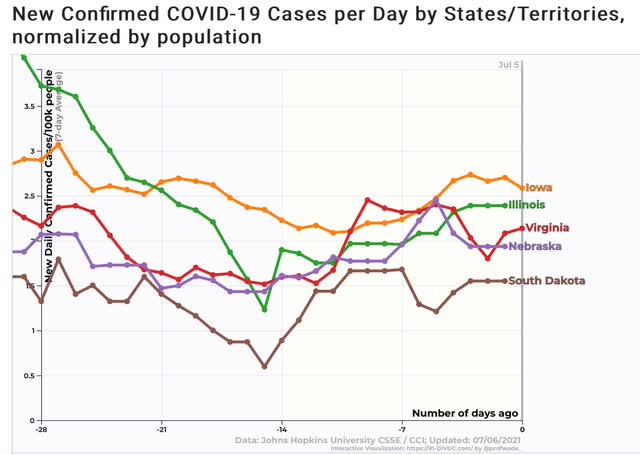 In other words, the uptrend in new cases has spread to 1/2 of all US States so far.

The *relatively* “good” news is founded on the experience of the UK with its “delta wave.” The U.K. experience is a bellwether for where the US is going to be in about 4 weeks. There, the outbreak is now the worst except for last winter’s, and has quintupled in that time. BUT, while deaths typically lag cases by 4 weeks, even a quintupling in the rate of deaths in the UK would put it at perhaps only 10% (!!!) of the level during the first wave of spring 2020: 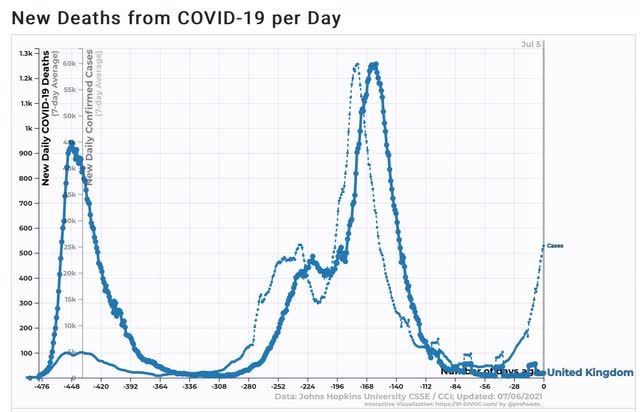 Here is the same graph for the US as a whole: 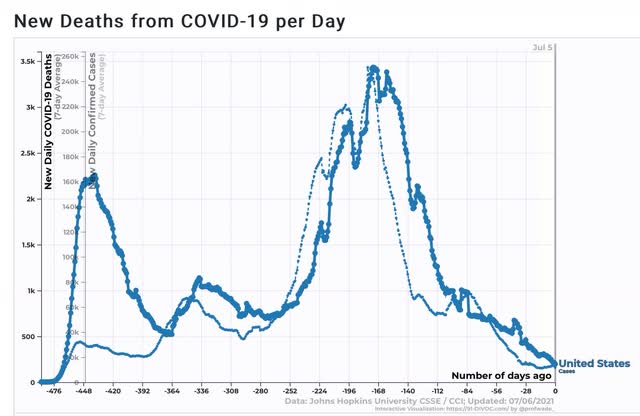