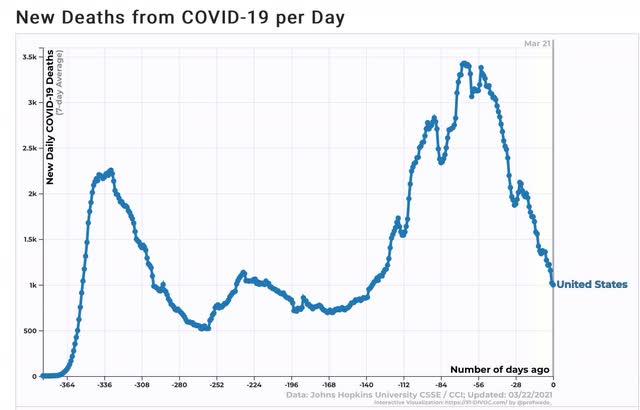 The story is even more breathtaking in nursing homes and other long-term care facilities. For the week ending March 7, there were a total of 1,204 cases, a more than 96% decline from the peak. There were 492 deaths, a 92% decline from peak: 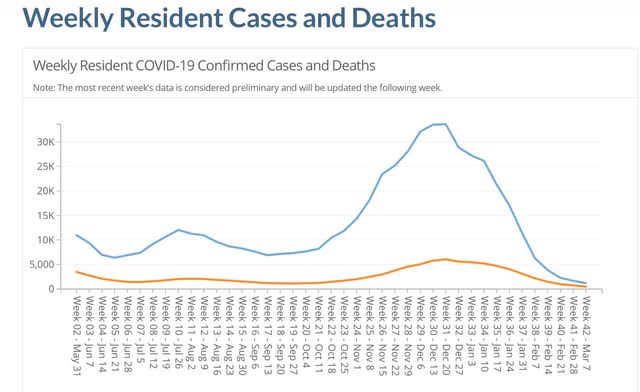 Both numbers were the lowest weekly totals since data began to be kept 10 months ago. Since deaths follow cases, I expect deaths to decline further in the next couple of weeks.

Even if the recklessly irresponsible spring breakers in Florida and Texas bring back to their home States the more infectious strains of the virus, causing new cases to increase, that over 17% of adults, and over 40% of the more vulnerable seniors, have *completed* their vaccinations causes me to think that deaths will nevertheless continue to decline.