Here’s the total number of people who have received at least one dose (just shy of 70 million), and those who are fully vaccinated (about 37.5 million): 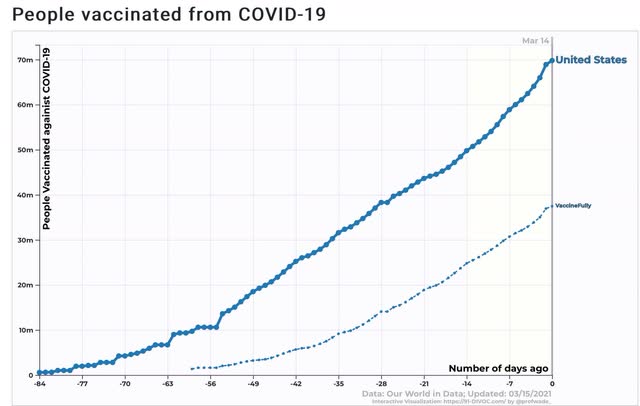 At least partly as a result, both new cases and deaths have declined by over 75% and 60%, respectively, since their wintertime peaks: 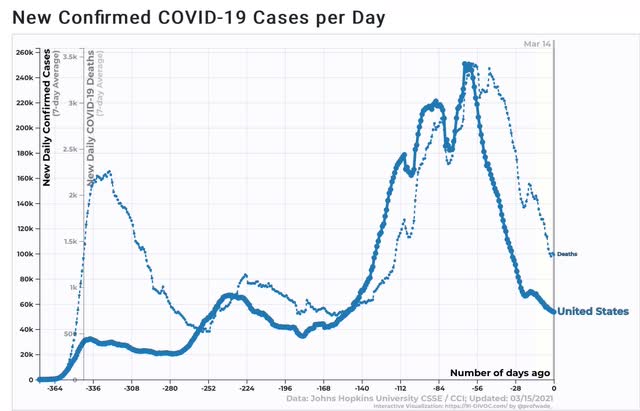 And new cases in long term care facilities have declined by about 90% to the lowest level in at least 10 months: 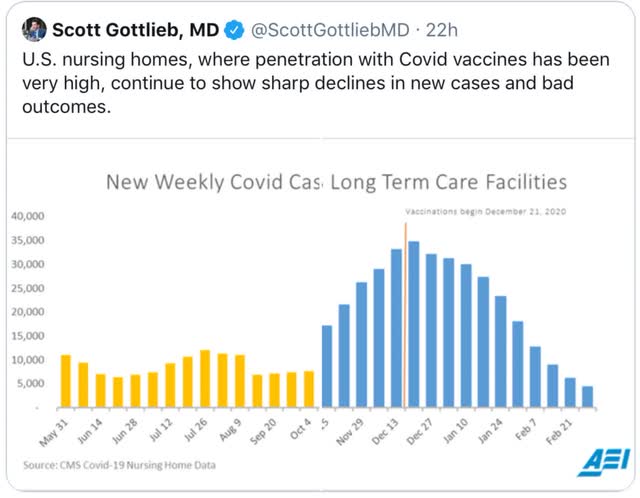 But the bad news, as Dr. Fauci has repeatedly pointed out in recent days, is that the declined are plateauing, as shown in this close-up of the past 8 weeks: 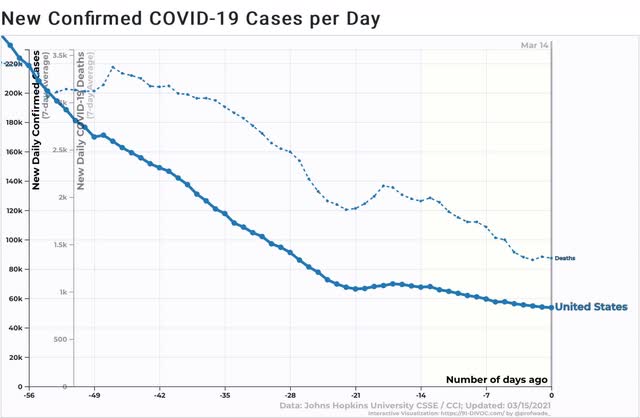 Incredibly reckless behavior by the usual government suspects, particularly the governors of Texas and Florida, is almost certainly contributing to this plateau.

This is particularly of concern because there is at least some evidence that one of the new variants of COVID may not be inhibited by either of the two primary vaccines: 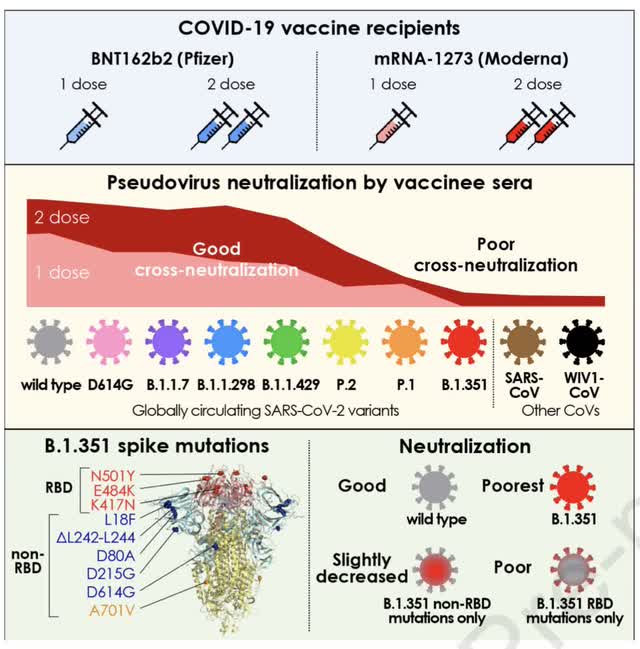 Declaring premature victory, as the governors in those two States have done, is a recipe for the emergence of a mutation that evades the effectiveness of the vaccines. If this becomes a real issue, I hope Biden will not hesitate to quarantine those two States and any others (e.g., Mississippi) which are similarly reckless.