My first post on the coronavirus was almost exactly one year ago, on March 10, 2020, “This is what exponential growth looks like,” warning that exponential spread was exactly what had started to happen in the US.
We are now finally averaging the administration of over 2 million doses of vaccine per day, and according to the CDC almost 60 million people constituting nearly 20% of the US population have already received at least their first dose: 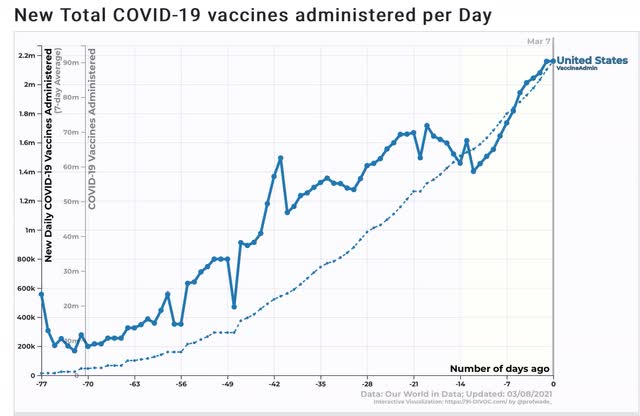 Nursing home cases have declined by about 55,000 per week since vaccines started to be administrated, although it is noteworthy that there has been a plateau in the past 3 weeks:

Meanwhile, the good news is that nationwide new cases are now averaging less than 60,000 daily, and deaths about 1,700, a 75% and 50% decline from recent peaks, respectively: 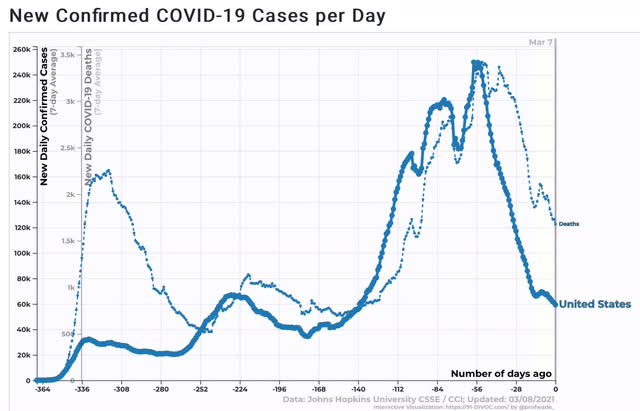 The bad news is that these levels are still near their summertime peaks, which was regarded as awful at the time.

Tags: vaccinations Comments Off on Coronavirus dashboard for March 8: Update on the effect of vaccinations | Digg Facebook Twitter |