As I have frequently noted, Trump’s approval has always reverted to the mean, absent a new outrage that is both unusually cruel and simultaneously unusually inept. Since there has been none in the past few weeks, Trump’s margin has reverted by 2% for both approval and disapproval: 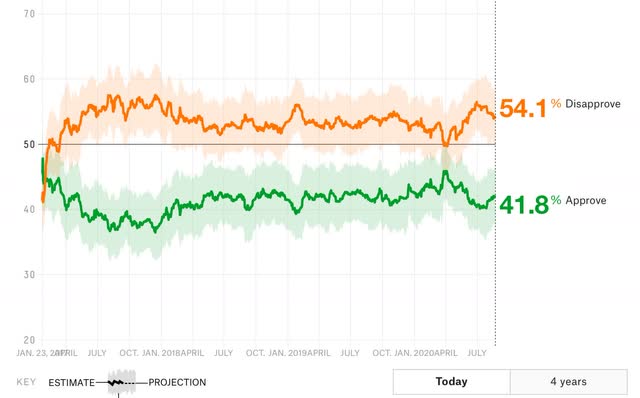 While Trump’s transparent trashing of the Postal Service in order to thwart voting by mail is certainly cruel, the cruelty has not been delivered ineptly, so there has been no penalty in the polls.

Next, here is the updated map through August 22. To refresh, here is how  it works: 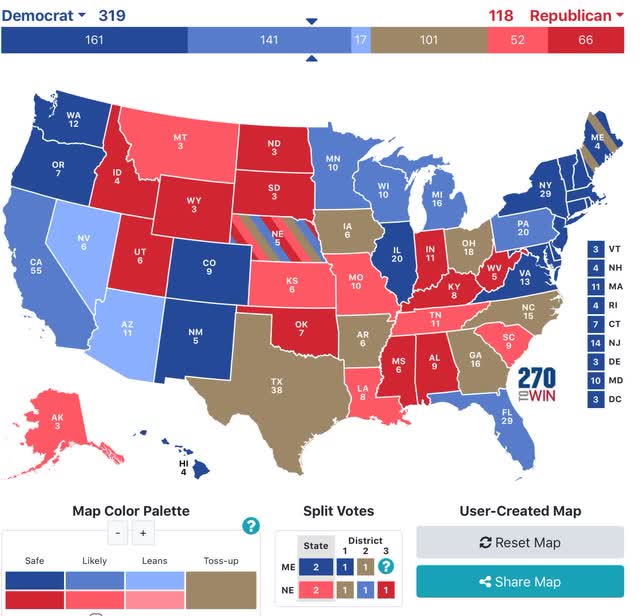 This week saw Arizona weakening from “likely” to “lean” Biden, and Alaska moves from “lean” to “likely” Trump. Additionally, in the past four weeks, North Carolina has moved steadily from “lean Biden” to toss-up, and at present for the first time, Trump slightly leads, although not by enough to move it to “lean Trump” at this point.

On the other hand, once again, despite heavy polling, Georgia, North Carolina, Ohio, and even Texas remain in the toss-up category – and Florida remains firmly in the “likely Biden” category.

Nevertheless, based on the current map Biden just has to win the “solid” and “likely” States, and need not win any of the “lean Biden” States, in order to win the election.

I continue to be of the opinion that Trump has 2 weeks left – until Labor Day – to work a miracle with the coronavirus pandemic. If it is about where it is now, then the economic fundamentals + the casualties from the pandemic indicate that Biden will win the popular vote in November, although the race seems likely to tighten somewhat, because the short leading economic indicators have been suggesting the economy will continue to improve somewhat. 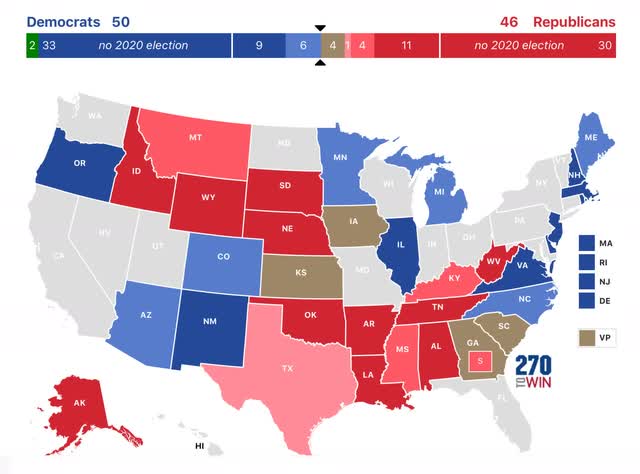 Based on this map, if Democrats simply win all those seats rated “solid” and “likely,” they will have the 50 Senate seats necessary for a technical majority. If they were to win the “toss-ups” and “lean GOP” races as well, they could end up with as many as 55 Senate seats.