The IHME model by the University of Washington has gotten a lot of attention in the past month, most likely because it has always forecast a much lower number of total deaths caused by coronavirus than, for example the Imperial College of London’s model, that forecast over 1 million US deaths if no quarantine measures were put in place.

But that model has come in for a lot of criticism, and I have come to distrust it. Its main feature – and biggest shortcoming in my opinion – is that it assumes that the US path will follow that of China and South Korea, where after the peak is reached, the disease ramps down just as quickly as it ramped up.

Here is what the model predicts today: a quick ramp-down in new deaths to below 500/day no later than the 3rd week of May (and most likely before May 10), and virtually no deaths at all after June 1:

That strikes me as totally unbelievable.

My skepticism is increased because, over the past month this model has consistently underestimated the actual path of new deaths.

The below graph shows the model’s forecast as it has changed since its original forecast in late March: 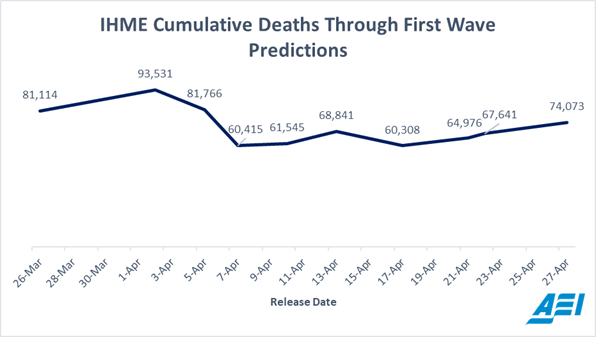 Here is the full spectrum prediction from April 8: 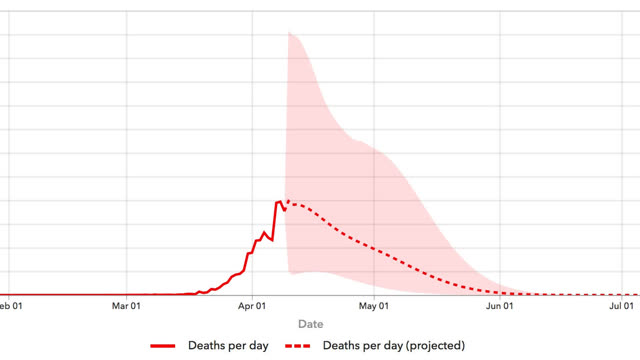 The model forecast that that very day was the peak, and that by the end of the month we would be recording only 1,000 deaths per day, rapidly dropping to zero by the end of May. In fact the error bands get narrower and narrower the longer the time period goes on.

That a model gets more and more certain in its forecast as time goes on strikes me as fundamentally wrong.

By contrast, via Carl Bergstrom, a professor of biology at the University of Wisconsin, here is the model of Youyang Gu, a data scientist at MIT, as of April 27: 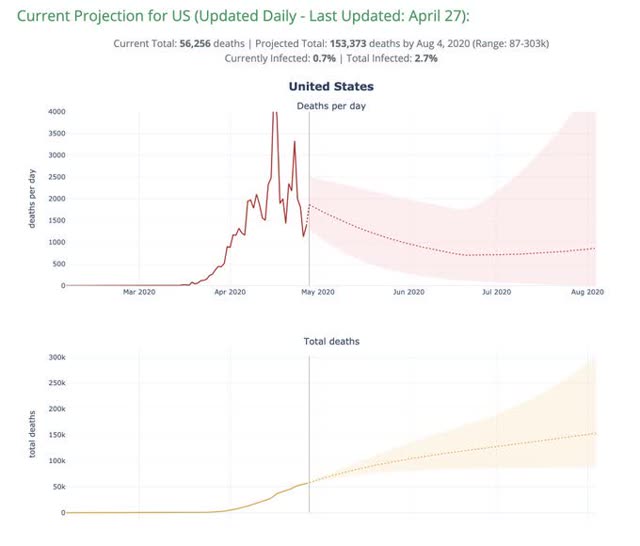 This model shows a much more gradual sloping down of the number of deaths in May to about 800 by June 1, and even suggests a mild second wave of increased deaths during the summer. He projects about 150,000 deaths by August.

This more pessimistic model is much more in keeping with the gradual decline from peak we have seen in the last several weeks, and even at least nods to the impatience to “open up” society in some States, that is likely to lead to an increase in infections and deaths in those States.

It is also much more in keeping with what we have seen in Europe, where even the most successful county, Germany, has seen its decline of 2/3’s from peak be much more gradual (although faded, you can see Spain and Italy having similar, and even more gradual declines from their respective peaks) 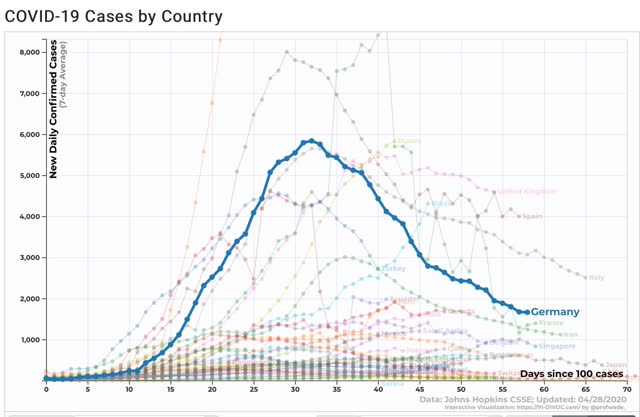