For all the slicing and dicing that has been done in voting metrics for 2016 and 2018, one quandary has stood out. We know that higher educational attainment has strongly correlated with voting for Democrats, and we also know that there was a stark age difference in votes between Clinton and Trump in 2016: a majority of voters younger than 45 voted for Clinton, while a majority over 45 voted for Trump.

But the level of educational attainment has not remained static over time. With each passing generation, more and more students are getting a college degree, and advanced degrees as well.

So are the voting patterns mainly showing us that more younger voters have college degrees? Or is it really about generational experience? For example, is a Silent Generation or Boomer college graduate more likely to vote Democrat than a GenXer or Millenial with no college? This week I finally saw a graphic that spells out the answer, and here it is: 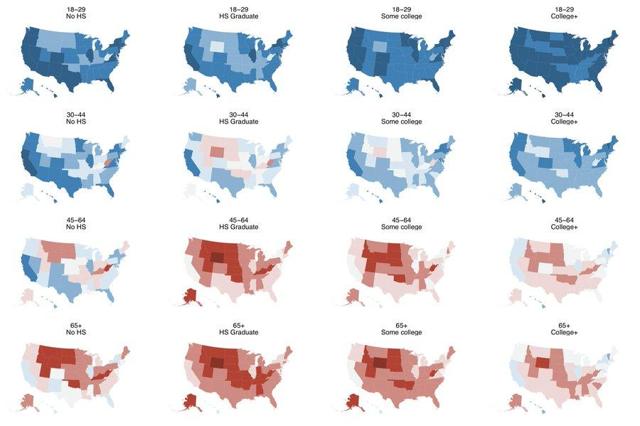 Now, before you draw the conclusion that voters grow more conservative with age, remember that the Greatest Generation voted Democratic until the day they died. And keep in mind this demographic of the 2014 vote: 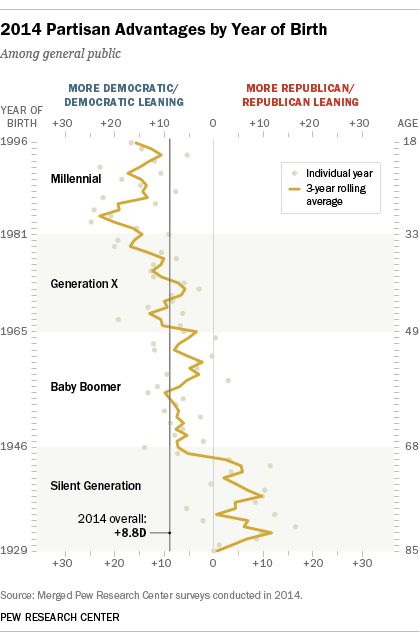 Mid-GenXers voted GOP just as much as early Boomers, and more so than mid-Boomers (who have always skewed slightly Democratic). And late Boomers and early GenXers have voted more GOP than either early or mid-Boomers. The same pattern also shows up in the demographics of the 2012 Presidential vote: 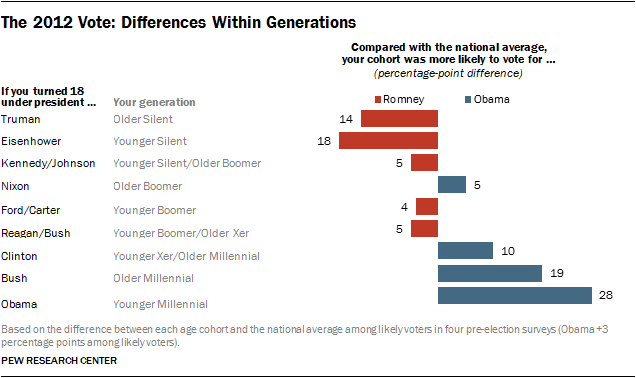 By 2020, most of the very-right wing (and very pro-Trump) Silent Generation cohort is going to have passed from the scene.