I think I may have mentioned once or twice that I am a nerd, right?
So, last year during hurricane season I got hooked on a site called Tropical Tidbits.
The neat thing about this site — well, from a nerdy point of view — is that it posts the GFS model forecast, updated every 6 six hours, for the next two weeks! While you normally don’t hear forecasts more than five days out, I noticed that frequently the forecast even 10 or more days out can come pretty close. Winter or summer, if the model says there’s going to be warmer temperatures and a low pressure system, then it’s pretty darn likely that there’s going to be warmer temperatures a low pressure system.
It just might be 800 miles away from where the model says it will be.
For example, one model run put hurricane Jose directly over New York City about 12 days later! Needless to say, that disaster was averted — but Jose ultimately did pass about 600 miles southeast.
So here’s what the model run for 12 Noon next Friday (September 14) looked like as of noon Tuesday September 4: 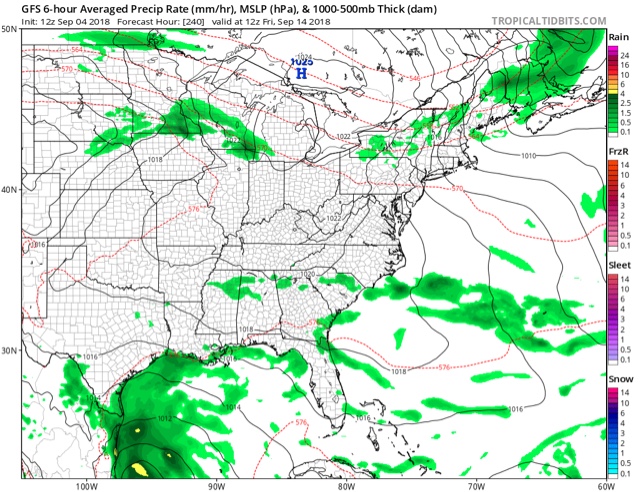 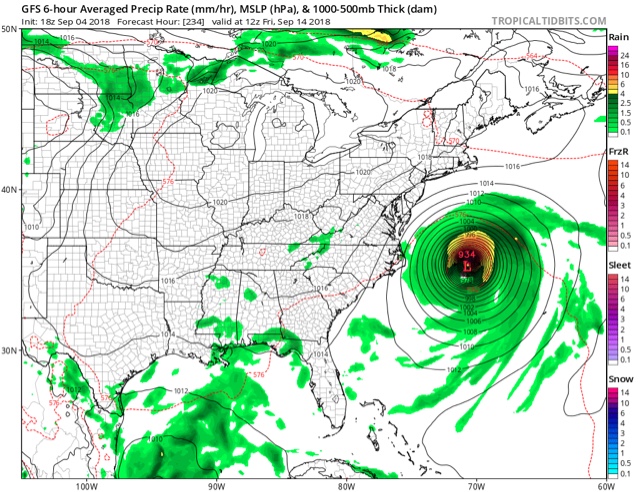 That’s Florence, about 300 miles off the Outer Banks.
That run had Florence curving back out to sea, as did the model as of its noon on Wednesday September 5: 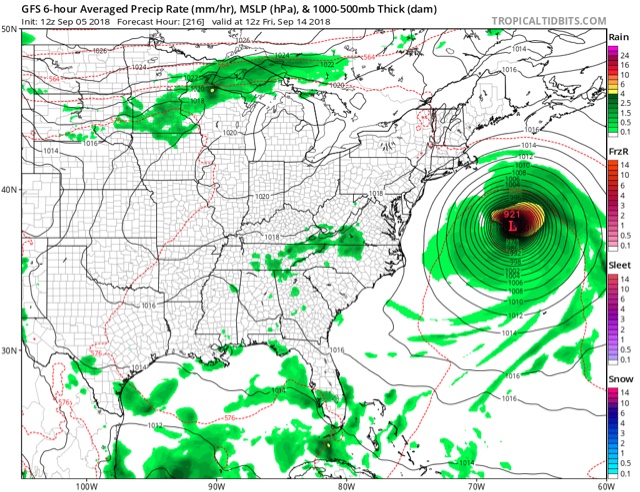 But by the 6 p.m. run on Wednesday, it had the hurricane making landfall over North Carolina and continuing northward over Norfolk, VA by 6 p.m. on the night of Thursday the 13th: 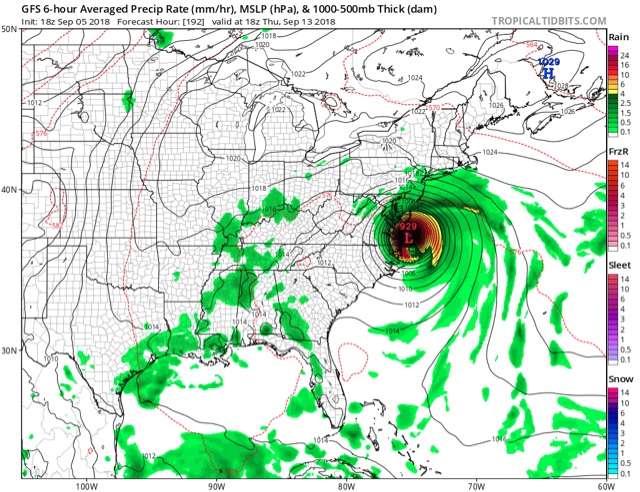 By noon of Thursday September 6, it had the hurricane in New York Bay at 6 a.m. on the14th: 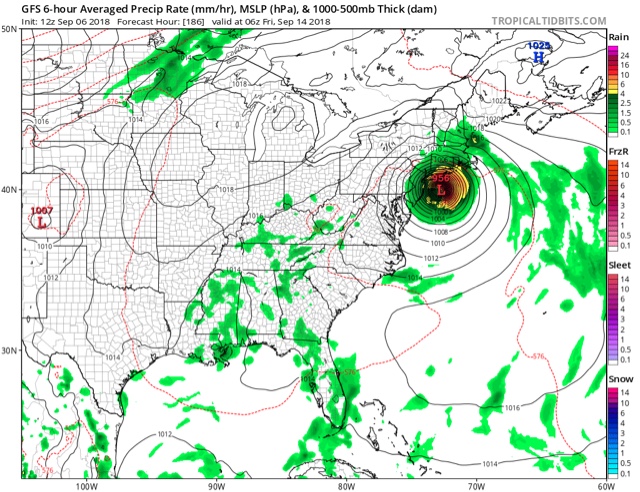 Here’s what it looks like as of the noon run on Friday September 7: 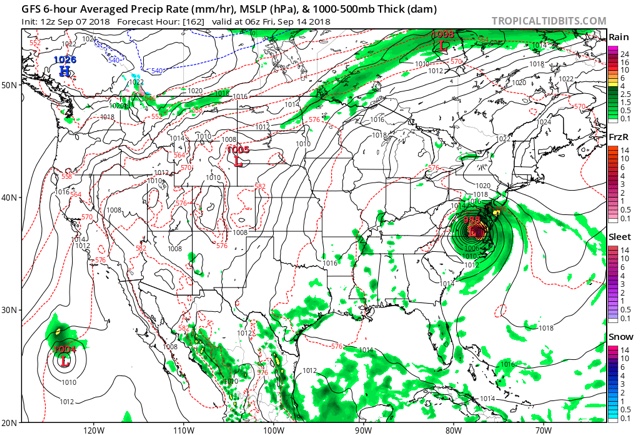 The latest run has the hurricane making landfall late thursday over the North Carolina outer banks and heading northwest.

In short, it increasingly looks like this: draw a triangle anchored by Bermuda on the southeast and by the Appalachians on the West. Take out the south-easternmost 1/4 of the triangle closest to Bermuda. Florence is going to be somewhere in the remaining 3/4 of that triangle next Friday.
By the way, although I don’t have a screenshot, the European model as of this morning had Florence coming ashore near Charleston, SC.
Next Friday could be a very bad day somewhere on the east coast.
(P. S.  I think Iwill update this periodically over the next week and see how well the model does).
———————– Update Saturday September 8: The noon GFS run today has Florence doing a loop-de-loop off the North Carolina coast and never making landfall: 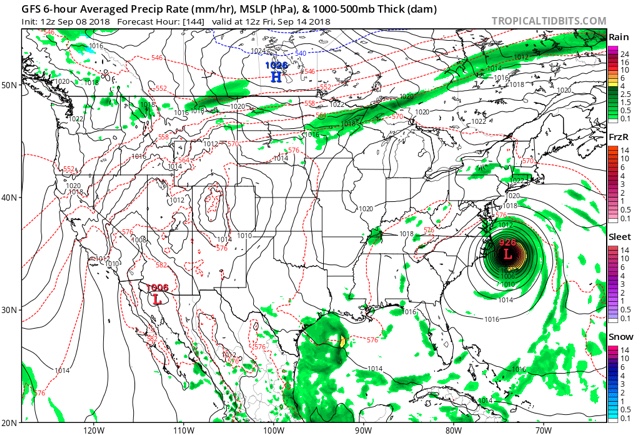 the Euro model, however, continues to show the hurricane track further sourth with a landfall of a major hurricane between Myrtle Beach and Charleston, SC.