Understanding the simple strategy for the 2018 elections

Understanding the simple strategy for the 2018 elections

Pretend for a moment that you are a political strategist. Your party is the party in power. The opposition has been enraged since the moment of your standard-bearer’s election. In the special and off-year elections since, they have been showing up in unprecedented droves for offices up and down the ticket, from Governor and US Senator to state representative and local council.

The mid-term election is bearing down, and you know very well that midterm elections are fundamentally referendums on how the party in power is doing. The odds look overwhelming that the opposition turnout tsunami, at least, is likely to continue.

As a strategist, what of the following courses of action do you recommend?

(a) make soothing noises, hoping that the anger of the opposition is mollified enough that your candidates squeak through

(c) get rip-roaring drunk and hide under a table curled up in a fetal position until it’s over, so that you don’t remember anything

Whether or not you choose to do (c), it’s pretty obvious that (b) is the correct answer, isn’t it?

Opposition supporters already hate your with the heat of 1000 suns. So what if you repeatedly do such cruel and outrageous things that they become incandescent with rage. They’re going to turn up anyway, regardless of what you do.

Since the opposition is going to turn out in droves, your best option is to get your base to turn out in droves as well. You don’t do that by disappointing your base, or putting them to sleep (Cf. Obama, 2010). Here’s Rasmussen’s poll of “strong approval vs. strong disapproval” from that time:

Note how enervated Obama’s base was, with only about 27% +/-2% during that time. 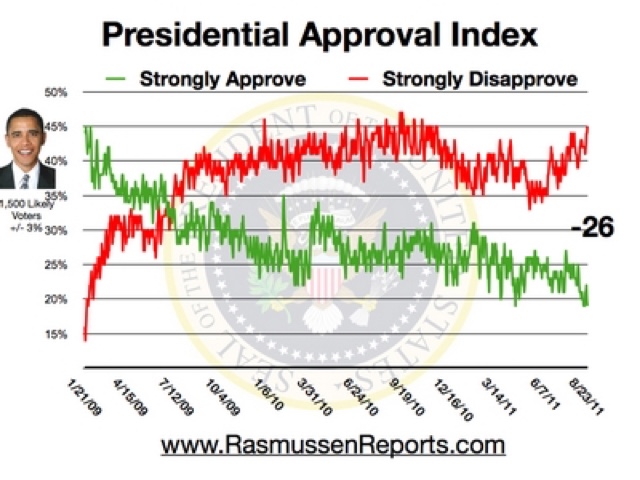 No, you do that by getting your base incandescent with rage as well. You want to pick the bloodiest fights you can, so that your base feels they need to show up and support you and your allies, lest their enemies prevail. Here’s Rasmussen’s equivalent poll for Trump right now: 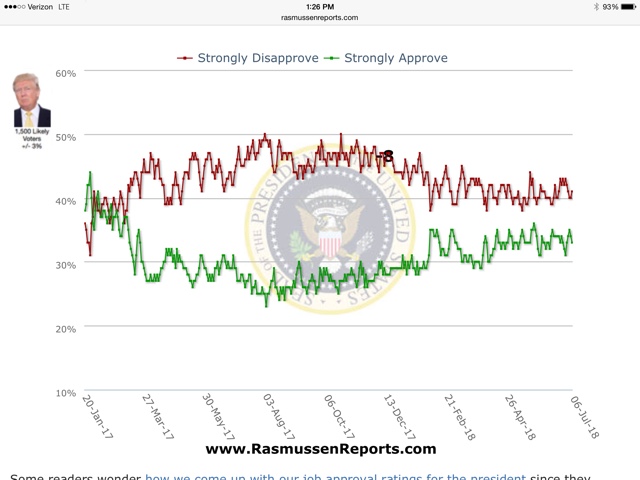 Once you understand this simple strategy, all of the horrible things that have been done by Trump and the GOP in the last few months make perfect sense. The more mean, cruel, divisive, bloody fights that are boiling over this November, the more the GOP base will turn up. Since the Democrats’ base is going to turn up anyway, this gives you your best chance to preserve your majorities.