While I generally agree with the political and social observations of Matt Yglesias and Ezra Klein, their takes that involve the economy frequently drive me crazy.
So it was this morning when I encountered these two tweets from Yglesias: 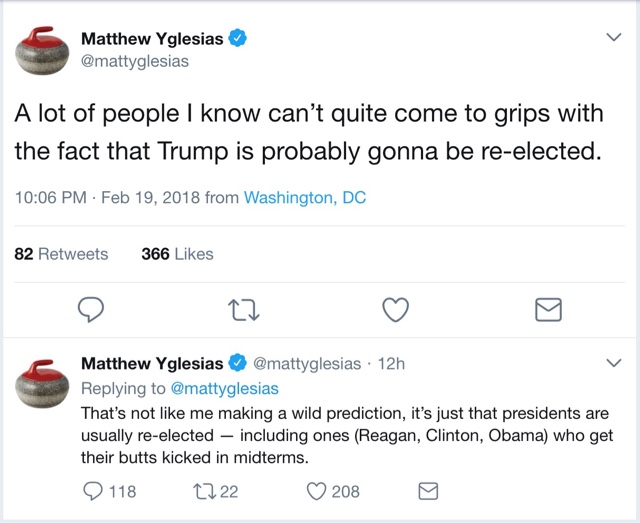 This is just incredibly shallow analysis and, well, wrong!
Presidential and midterm elections are completely different beasts. Midterms are decided by partisan turnout — people who strongly agree or disagree with the policies that have been enacted as the President’s agenda. Presidential elections are primarily (although certainly not exclusively) driven by the strength of the economy.
So let’s take a look at Yglesias’ three examples. The below three graphs show real GDP and job growth during the first terms of Reagan, Clinton, and Obama:

All three were either in or just coming out of recessions during the first two years of their terms. When the midterm elections took place, both real GDP and employment were actually lower than just before Reagan and Obama, respectively, took office. In Clinton’s case both were modestly higher. But by the end of their fourth year, when they gained re-election, economic expansions were well in place for all three.
And this showed up in their first term approval numbers, shown below:
Reagan: 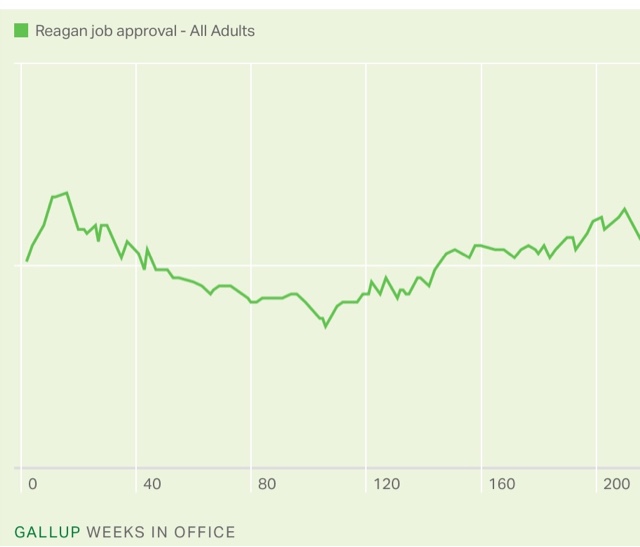 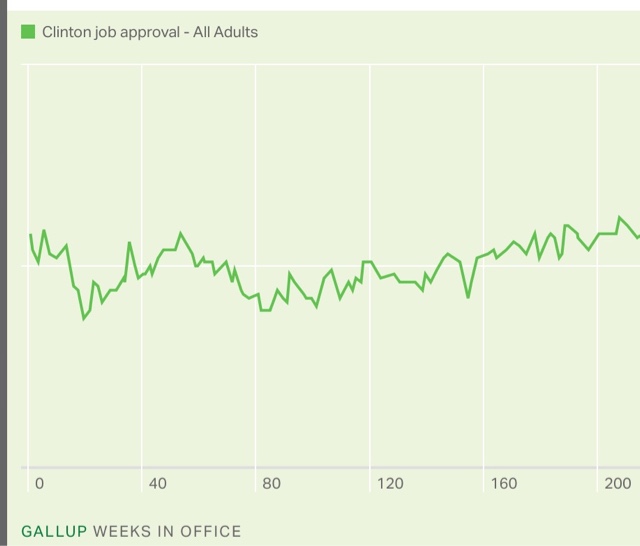 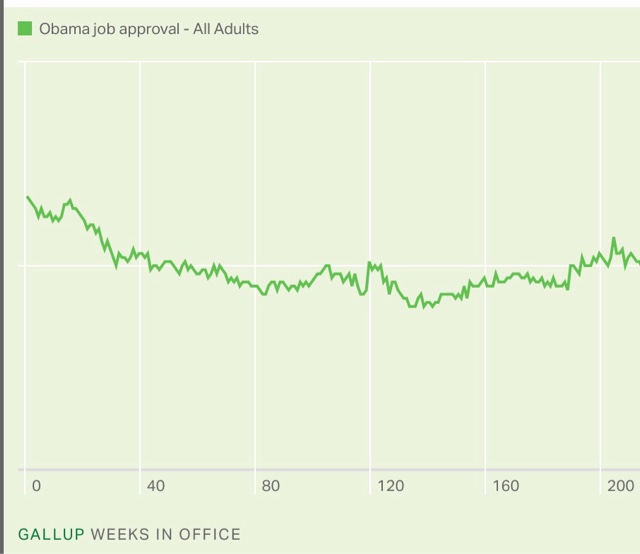 All three Presidents were quite unpopular (though not so unpopular as Trump) when the midterms took place. But all three were above 50% by the time they ran for re-election.
Contrast this with George H.W. Bush, who lost his re-election bid, as the economy was coming out of the 1991 recession:

Trump has *awful* approval ratings in the face of an economy that is doing quite well. In fact he has *never* had approval ratings over 50%. While expansions do not die of old age, I would be quite surprised if this one had not faltered by November 2020. His only chance for re-election, in my opinion, is if the Democrats manage to nominate somebody with at least as much baggage as he.

Nobody should be taking any elections for granted, but I see absolutely no basis in fact for Yglesias’ assertion that Trump will probably be re-elected.
Comments (25) | Digg Facebook Twitter |
25 Comments