Is “Political Correctness” to Blame for Orlando Massacre?

“The National Rifle Association (NRA) on Tuesday defended gun rights, two days after a gunman killed 49 people and left 53 others injured at a gay nightclub in Orlando,” Jesse Byrnes at The Hill reports:

“In the aftermath of this terrorist attack, President Obama and Hillary Clinton renewed calls for more gun control, including a ban on whole categories of semi-automatic firearms,” Chris Cox, executive director of the NRA Institute for Legislative Action, wrote in a USA Today op-ed.

“They are desperate to create the illusion that they’re doing something to protect us because their policies can’t and won’t keep us safe. This transparent head-fake should scare every American, because it will do nothing to prevent the next attack,” he said.

Cox said “political correctness” allowed for the deadliest mass shooting in U.S. history to take place, noting that the FBI had interviewed the shooter multiple times since 2013 and that he maintained a government-approved security license.

“Unfortunately, the Obama administration’s political correctness prevented anything from being done about it,” Cox wrote.

So what exactly is the connection between “political correctness” and mass murder? Let’s ask an expert: mass murderer Anders Breivik (the following is reposted from EconoSpeak, August 2015)

“…voters crave the anti-status-quo politician. They want results. They need a fighter. They need someone to fire all the political-correct police.” — Sarah Palin, interview with Donald Trump

In the introduction to his “compendium” manifesto, 2083: A European Declaration of Independence, mass-murderer Anders Breivik asked, “What is Political Correctness?” and “How did it all begin?” His answer dwelt on the Frankfurt School, and singled out Herbert Marcuse’s Eros and Civilization as especially important.  Breivik’s text was copied and pasted almost verbatim from a screed called “Political Correctness: a Short History of an Ideology?” by William S. Lind, “Director of the Center for Cultural Conservatism at the Free Congress Foundation.”

In turn, the “cultural Marxism” thesis of Lind’s “history” can be traced to a 1992 article, “New Dark Age: Frankfurt School and Political Correctness,”  published in a Lyndon Larouche cult magazine, Fidelio The article’s author, Michael J. Minnicino, subsequently disowned his work as “hopelessly deformed by self-censorship and the desire to in some way support Mr. LaRouche’s crack-brained world-view.”

Along the way, “conservative” Republican stalwarts Ralph de Toledano and Patrick J. Buchanan have recycled those crack-brained conspiracy theories, documented by abundant footnotes that typically lead either to a source who didn’t say what they were credited with saying, to some other hack propaganda recycler or to an “authoritative” emigre like Victor Zitta or Lazlo Pasztor relying extensively on official histories published by the Axis-allied Horthy regime. Martin Jay traced the strange trajectory of this propaganda meme in “Dialectic of Counter-Enlightenment: The Frankfurt School as Scapegoat of the Lunatic Fringe.”

This month saw the publication by Roger Kimball‘s Encounter Books (an “activity” of the Bradley Foundation) of yet another rehash of the discredited crap, The Devil’s Pleasure Palace: The Cult of Critical Theory and the Subversion of the West, by Michael Walsh. A credulous review of that book in the Washington Free Beacon presents the book’s argument, apparently oblivious to its dubious lineage:

In The Devil’s Pleasure Palace: The Cult of Critical Theory and the Subversion of the West, Walsh argues that the current obsession with politically correct speech began with a group of Marxist academics at the Institute for Social Research at Goethe University in Frankfurt, who would come to be known as the Frankfurt School. The scholars, Georg Lukács, Theodor Adorno, Walter Benjamin, Erich Fromm, and Herbert Marcuse, among others, developed a wide-ranging, if often contradictory, critique of the principal tenets of “bourgeois” Western culture—from the centrality of reason and individuality to Christian sexual mores.

As Barkley and I have discussed, the term “politically correct” probably was popularized in the late 1960s and early 1970s by left-wing student activists wary of the self-righteous dogmatism displayed by self-styled Marxist-Leninist political grouplets. But that’s not the way the conventional mythology goes.

At the end of December 1982, the Wall Street Journal published an op-ed, “The Shattered Humanities” by William Bennett, who at the time was chairman of the National Endowment for the Humanities. Bennett’s complaint was that “matters of enduring importance” — “the true,” “the good” and “the noble” — had been abandoned because “we have yielded to the bullying of those fascinated with the merely contemporary.” By the early 1990s, Bennett’s lament about the decline of traditional values in the humanities had swelled into a moral panic about the alleged tyranny of political correctness on campus, fueled by best-selling books such as Allan Bloom’s Closing of the American Mind, Roger Kimball’s Tenured Radicals: How Politics has Corrupted Our Higher Education and Dinesh D’Souza’s Illiberal Education: The politics of race and sex on campus.

Even President Bush I had to get into the act with a commencement address at the University of Michigan at Ann Arbor in which he railed against “political extremists [who] roam the land, abusing the privilege of free speech, setting citizens against one another on the basis of their class or race.”

Ironically, on the 200th anniversary of our Bill of Rights, we find free speech under assault throughout the United States, including on some college campuses. The notion of political correctness has ignited controversy across the land. And although the movement arises from the laudable desire to sweep away the debris of racism and sexism and hatred, it replaces old prejudice with new ones. It declares certain topics off-limits, certain expression off-limits, even certain gestures off-limits.

Isolated anecdotes and broad generalizations can only get you so far. The elusive scourge of political correctness needed to be explained by theory of its origins. Thus the Minnicino/Larouche conspiracy theory, taken up by Lind, Buchanan, de Toledano, Breivik and now Walsh.

In spite of being called out more than two decades ago by a President of the United States, those political extremists liberals on the left have allegedly persevered in their “unrelenting demands… for increasingly preposterous levels of political correctness over the past decade.” This, according to S. E. Cupp explains Donald Trumps popularity: “Trump survives — nay, thrives! — because he is seen as the antidote, bravely and unimpeachably standing athwart political correctness.” 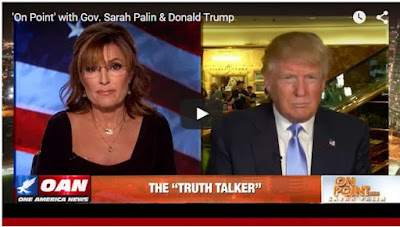 Meanwhile, “A new Rasmussen Reports national telephone survey finds that 71% of American Adults think political correctness is a problem in America today, while only 18% disagree. Ten percent (10%) are undecided.”

1* Do Americans have true freedom of speech today, or do they have to be careful not to say something politically incorrect to avoid getting in trouble?

2* Is political correctness a problem in America today?