Why you should be afraid: the next recession is likely to include wage deflation

Why you should be afraid: the next recession is likely to include wage deflation

Beginning 3 years ago, I identified poor wage growth  as the shortfall in the economy that worries me the most. And it still worries me, even though there has been some modest improvement.

Why? Because unless there is enough of a cushion, the next recession, whenever it comes, there is a significant danger of outright wage deflation. And as we know from the Great Depression, outright wage deflation means that payments on previously contracted debts become, in real terms, higher. This can lead to a vicious spiral of debt-deflation, whereby more and more people fall behind on debt, leading to a further economic contraction, more unemployment, and even more wage deflation, and so the cycle repeats.

Below is a graph of the YoY% change in average hourly wages (a mean measure) for the last 50 years (blue), and also median usual weekly earnings, a quarterly measure, since the start of the series in 1979 (red): 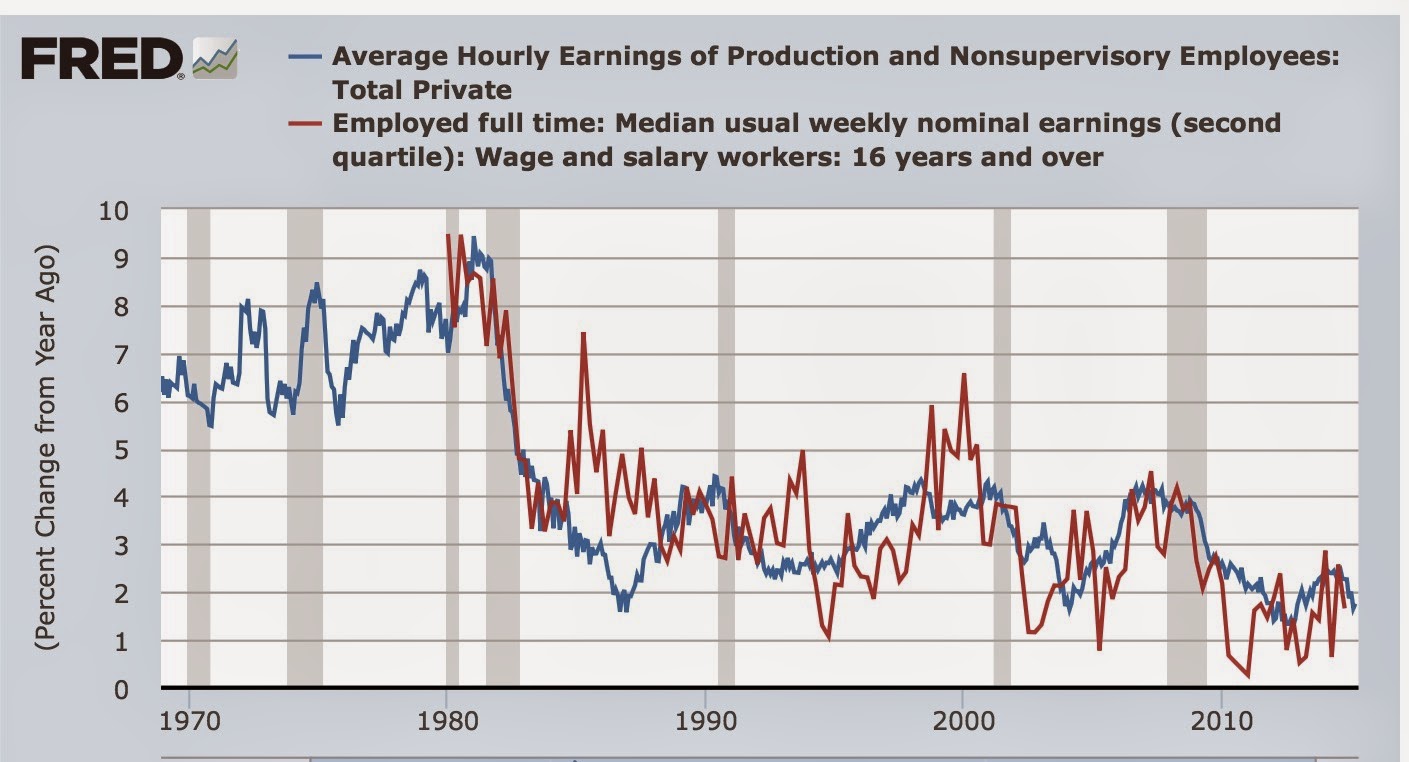 *Series inception: actual previous high might have been higher

Hopefully this economic recovery continues for quite a while, and hopefully nominal wage growth improves substantially from here. But if it doesn’t, or it doesn’t improve enough, we are likely to cross from wage growth into wage declines in the next economic downturn, with the distinct possibility of triggering a debt-deflationary spiral.

We  barely escaped such a spiral in 2009.  Here is an article by Mike Shedlock:  Wage Deflation is starting in, from March 27, 2009, listing 14 companies that had announced wage cuts.

Are you scared now?