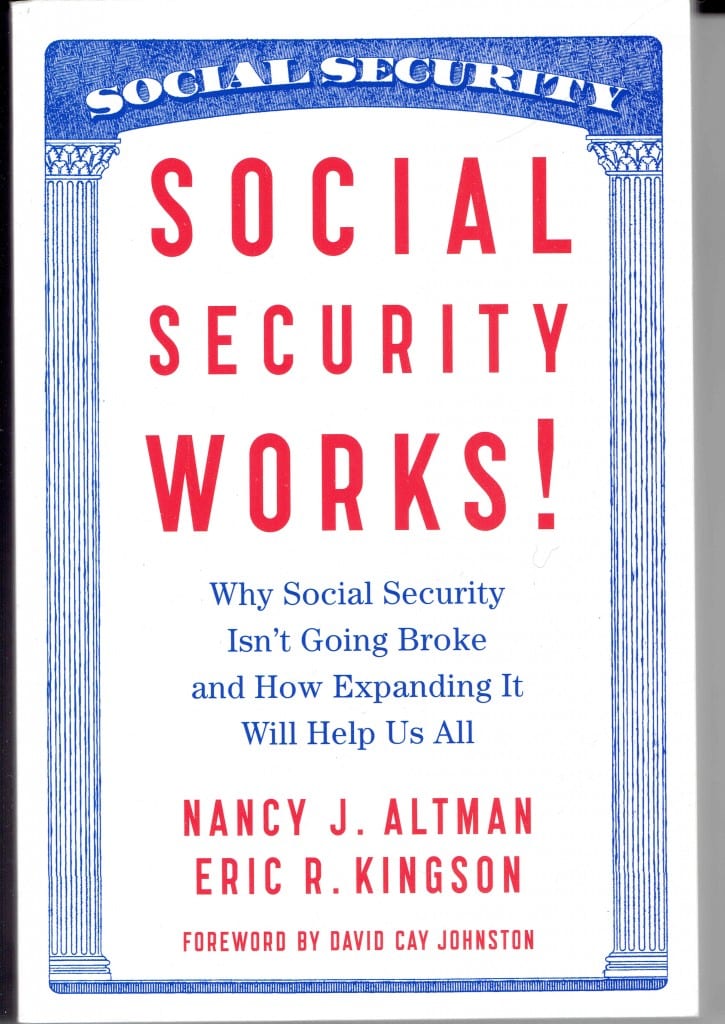 Non-disclaimer: I bought my copy. Nobody gave me one for review or to plug.

Disclaimer: I am a casual friend of author Eric Kingson and a somewhat better friend of Nancy Altman.

Disclaimer: It would not bother me a bit if you happened to stumble across Endnote 25 to Chapter 8 which appears on pg. 266 and which reads in part “Perhaps the first to propose this were Bruce Webb and Dale Coberly in their Northwest Plan”.

All that said this is a very good book and one that goes well beyond the ‘Defend Social Security’ stance that is seen in such plans as Northwest to the more ambitious ‘Expand Social Security’ rhetoric being pushed by such folk as Senators Elizabeth Warren and Sherrod Brown. The book is organized into five sections:

The Facts
The Challenges
The Solution
The Threats
The Next Steps

And between them they touch on all the themes that have been raised in the Social Security debate here at Angry Bear over the years and around the blogosphere. The book is pitched at the general reader/voter/citizen, it includes plenty of numbers but doesn’t dive into the data tables of the Annual Report. Nor is it the kind of detailed history you find in Nancy Altman’s earlier book The Battle for Social Security or Eric Laursen’s newer one The Peoples’ Pension. And it takes a different tack from Baker and Weisbrot’s 1999 Social Security: the Phony Crisis. All of which are important reads for the serious policy wonks among us. But if you just want to brief yourself on the issues and to be prepared to push back on the talking points pushed by say various Peter G Peterson entities like Fix the Debt then you really could do no better than buying (or borrowing) and reading this book.