5 Reasons Why Student Loan Debts Are Only Increasing

From the many submissions of posts offered as publishable material, this one makes the guest post list.  Dan

by Dave Landry Jr. (Davis is a debt relief counselor and personal finance manager, working with National Debt Relief to alleviate the stresses of debt through consolidation and advisement.)

5 Reasons Why Student Loan Debts Are Only Increasing 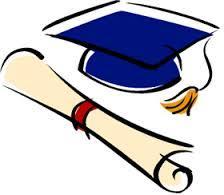 The debate rages on as to whether or not a college education is worth the expenditure. While nearly everyone is in agreement that both four-year and advanced degrees do more good than harm as to one elevating themselves, the unbridled cost of pursuing such a goal has lately become a gamble with increasingly larger odds that, if one loses, someone can fall into ever-increasing debt.

With such unattainable debt being taken on by graduates every fall and spring semester, it might be good to know where such massive educational expense comes from.

It used to be that government was helpful to a person who wanted a college education. In fact, as early as the mid-1940s, the U.S. Government all but pushed high school students as well as war veterans into higher education, particularly with the offering of incentives such as the G.I. bill.

However, these days, even with a president who maintains the middle class cannot be priced out of an education, the American student has become more of a pawn in a political tug-of-war of sequestration and cuts in offerings such as Pell Grants.

This translates into the projected interest rate rise of government-provided student loans from their current 3.86 percent to as high as 8.8 percent in five years, most of this due to a student-loan system that has allowed both state run and private learning institutions go unchecked as tuition rises to higher and higher levels.

Some have even gone as far as to say both the government and the learning institutions are in cahoots when it comes to tuition rates, this due to the fact that with the higher cost of education, the more money the government lends to students. In the end, both sides win with the government potentially netting in a projected $184 billion in the next ten years.

Tuition and the 300 Percent Rise

Speaking of tuition, it’s hardly imaginable that tuition rates are the one instance in the American economy that has outpaced health care costs, mortgage rates, and even Wall Street. But Moody’s claims that since 1990, college tuition has risen on average over 300 percent versus the Consumer Index, regardless if the institutions are private or state run.

What’s more troublesome, particularly with state-run colleges, is that with their tuition increases, they have also undergone budget cuts. All-in-all, this makes for a truly lopsided circumstance, where the student is getting less for more toward their degree.

Scholarships Aren’t Up To Snuff

Obtaining a scholarship or any other monetary gift was, at one time, not just a momentous reward for one’s scholastic abilities, but also a legitimate and often needed step toward the lecture halls and labs of a college institution.

However, these days, it is part and parcel for scholarship providers, whether or not they are affiliated with a campus, to offer fewer aid packages and awards, mostly due to the 2008 crash and its lingering aftereffects.

There also is the fact that the scholarship dollar amounts simply can’t hold pace with tuition costs. As an example, a $500 award for academic achievement will hardly buy a semester’s worth of book for an average English Literature class.

Of course there are those who do benefit from scholarships, but in many cases they can either throw and catch a football or slam dunk a basketball.

It Takes Longer Than Ever To Achieve A Degree

Impacting classes is a dirty little way some colleges guarantee themselves more in their dowries by semester’s end, for the fact that the more students that are shoved into a lecture hall which has limited seating, the more there are who will need to wait another semester, or take extension courses for those classes they can’t get into.

This works toward not a four-year degree, but what is increasingly becoming a five and sometimes six-year degree. To be frank, the longer a student has to stay enrolled, the more money the facility to which they attend will make.

Along with staying longer in class to achieve a degree, there’s a good possibility that a student will also have to utilize school facilities for a longer period of time, with amenities like room and board costs continuing to go straight into a college’s endowment.

To believe college tuition rates will ever fall in mass is about as realistic as believing taxes will one day end. In fact, all projections trend to continued rises in tuition with no immediate respite in sight.

While there are increasing numbers who suggest a college degree is simply not worth the money spent, it is conversely very difficult to obtain good employment without a degree.

To mitigate this paradox, Stanford University, for example, has been known to relieve some of a student’s loan debt by lowering their interest rates once they secure a job, while some ivy league schools have lowered their tuition entirely.

But the question remains, is it worth it? As tuition goes up, and the economy continues to flounder with less and less available jobs, only time will tell.

Dave Landry Jr. is a debt relief counselor and personal finance manager, working with National Debt Relief to alleviate the stresses of debt through consolidation and advisement.