Coronavirus dashboard for June 30: 2 to 4 weeks until a likely major “Delta” outbreak in unvaccinated regions

Missouri has been the US bellwether for the onset of the “Delta” variant of COVID. This makes the below graph by Charles Gaba of infection rates by county for June in Missouri particularly insightful: 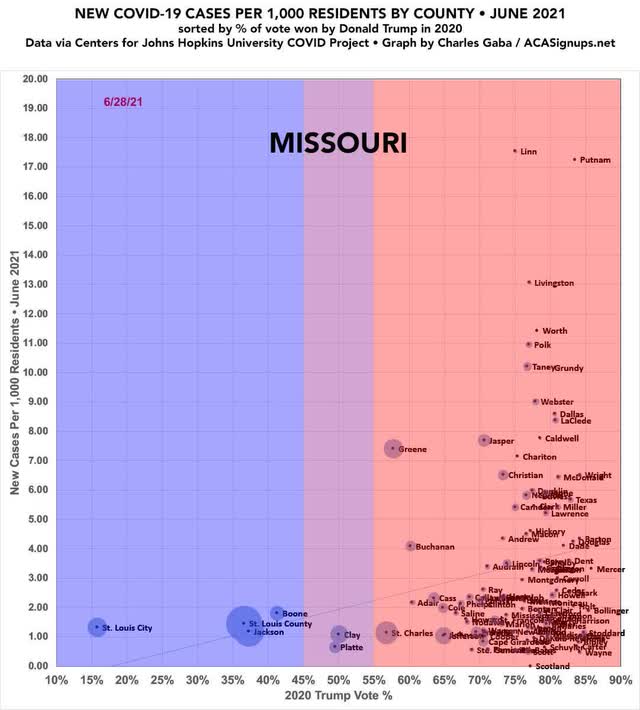 As has been usual, partisanship, which has correlated highly with vaccinations, in turn also has a strong relationship with the rate of new infections. But more importantly, note just how high an infection level some of the least vaccinated counties have had in June. Many of them are over 0.5% of the population newly infected in June, and a few are over 1% – this with “Delta” just getting underway.

If Missouri’s rate continues to rise (and, as we’ll see below, there is every reason to expect that to happen), then COVID is going to burn through Missouri’s (and other similarly situated States’) population in the next few months like a forest fire exploding uphill.

Here is the long term view of how “Delta” is impacting the 3 most vaccinated countries – the US, UK, and Israel: 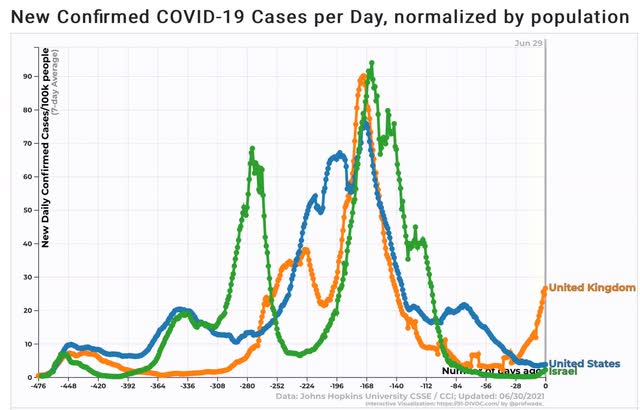 Now here is the close-up of the past 8 weeks: 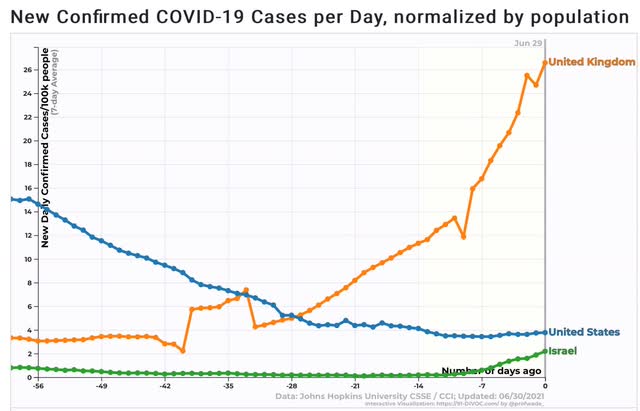 Israel, the most vaccinated of all countries, has seen a relatively mild increase that has been mainly confined to young children and teens, none of whom were vaccinated, and also to unvaccinated adults. In the UK, by contrast, which largely had only one vaccination by the somewhat less effective AstraZeneca vaccine, the pandemic has once again flared out of control. The US has only just begun a slow increase in the past week.

The number of States in the US with increasing cases over the past 2 weeks has increased to 12 (compared with New Jersey in orange, the “worst” of the Northeastern States, which has been flat): 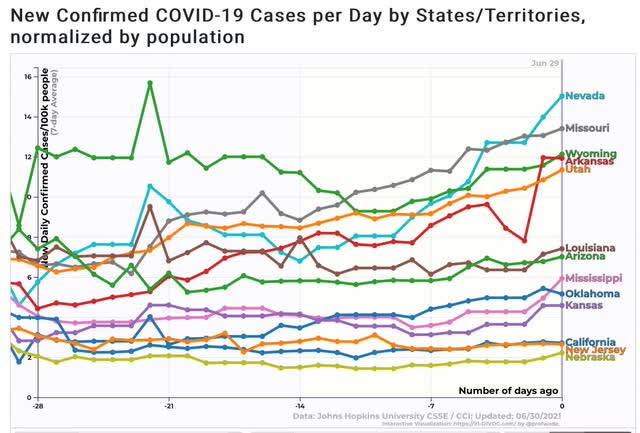 Several of these States, most notably CA and VA, have shown slight increases from very low levels, which might be noise;  but the rest all seem to be in established uptrends.

Finally, here are the worst 5 States compared with the UK: 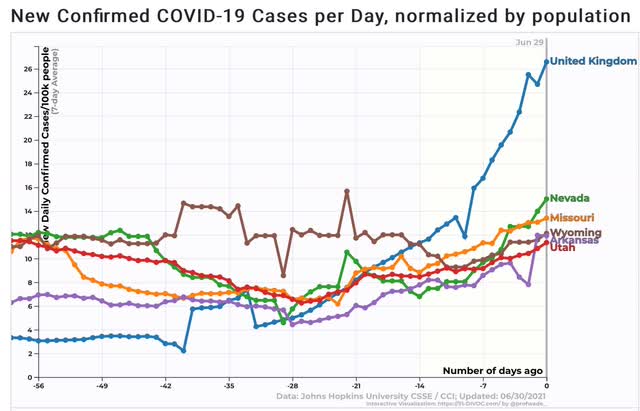 NV appears to be only about 9 days behind the trend in the UK, with the other 4 about 2 weeks behind. If these States’ trends continue – and there is no reason to think their populations are going to change their minds about vaccines, masking, or social distancing at this late date – then they will be in the thick of a “Delta wave” in about 2 to 4 weeks, with many other States in the Deep South and interior West close behind.

Tags: delta variant Comments Off on 2 to 4 weeks until a likely major “Delta” outbreak in unvaccinated regions | Digg Facebook Twitter |