The good news is, vaccinations work.
Vaccine effect in the UK: 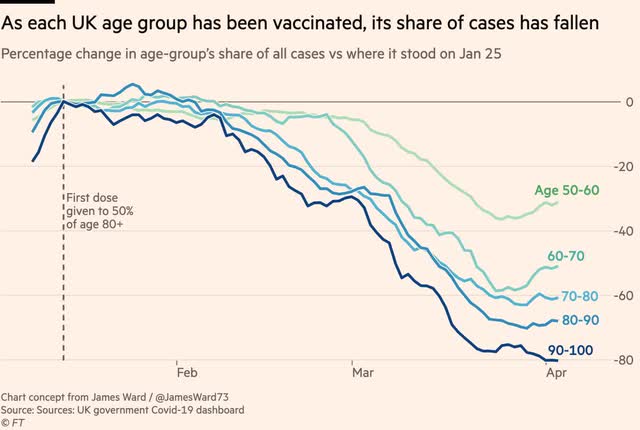 Vaccine effect in France (in the face of an increasing case count):

Vaccine effect even in Chile: 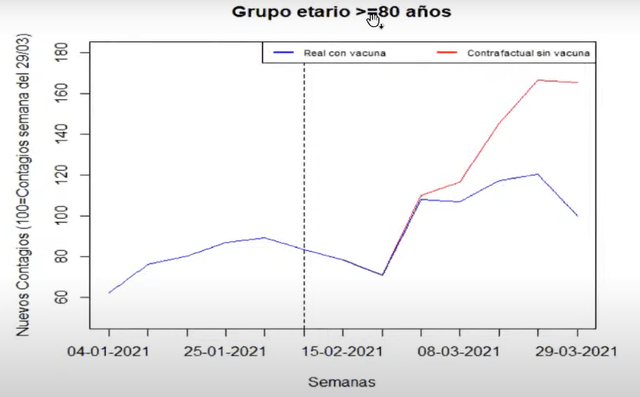 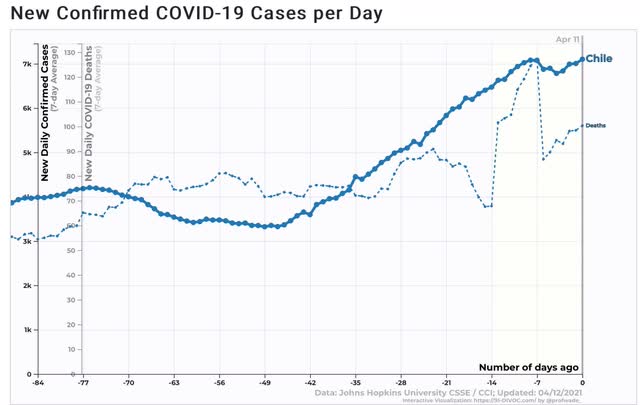 Vaccine effect in the US: 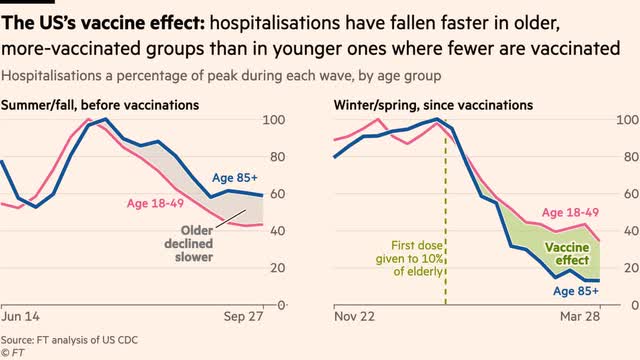 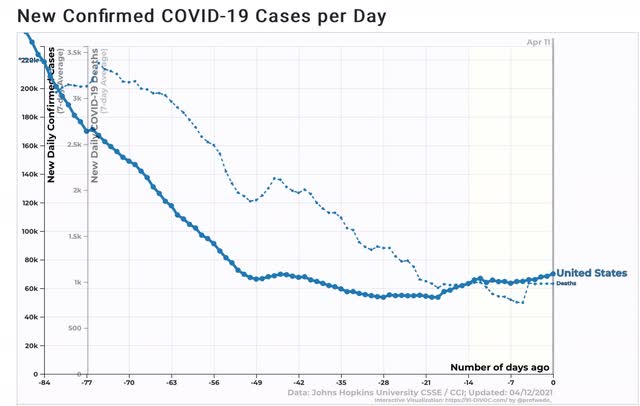 One week ago I said that Michigan would be the acid test for what happened with deaths in the face of a 4th wave of infections even with a substantial portion of the population having been vaccinated. And the news is not good: 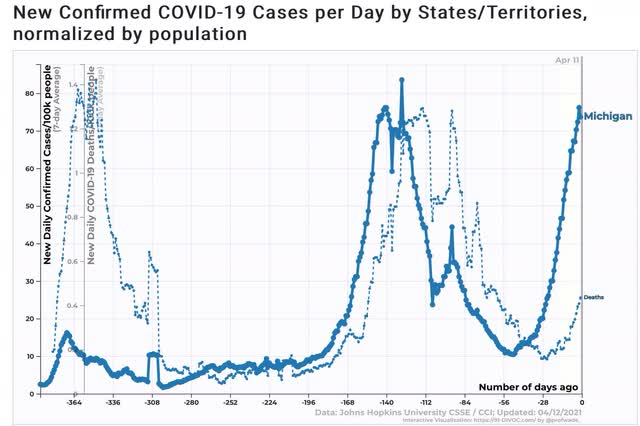 Deaths have followed new infections higher with a 3.5 week lag. And worse, so far deaths have increased at the same rate as new infections since the bottom.
One final note: I have seen several stories recently about “breakthrough” infections, I.e., infections which are claimed to have begun *after* a person was fully vaccinated, and even a few hospitalizations and deaths. There are two important caveats to those stories:

(1) the studies are based on *diagnoses* more than 14 days after the 2nd vaccination. They are not based on *when the person was infected.* In other words, a person who first felt symptoms and got tested 14 days or more after their 2nd vaccination may well have been infected shortly after, or even *before* their 2nd shot. These studies would have a lot more credibility if the test were first performed more than 28 days after the 2nd shot, so that the infection would have almost certainly begun more than 14 days later. Until we see such studies, take the “breakthrough” claims with many grains of salt.

(2) the vaccines have never been claimed to be 100% effective. At roughly 95% effective, that means a certain small number of infections are still likely to take place. As yet, however, I do not know of even a *single* death that we are sure resulted from an infection that began more than 14 days after a person’s 2nd shot.