Here are the final maps for the Senate, including all polls since October 1. I’ll post the Presidential nowcast separately later since it is going to be significantly longer this week.

To refresh, In the first map below: 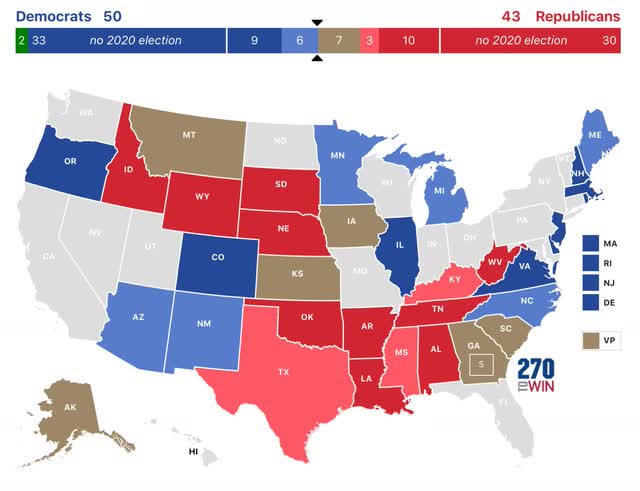 This results in a map showing 50 Democratic seats, 43 GOP, and 7 toss-ups. 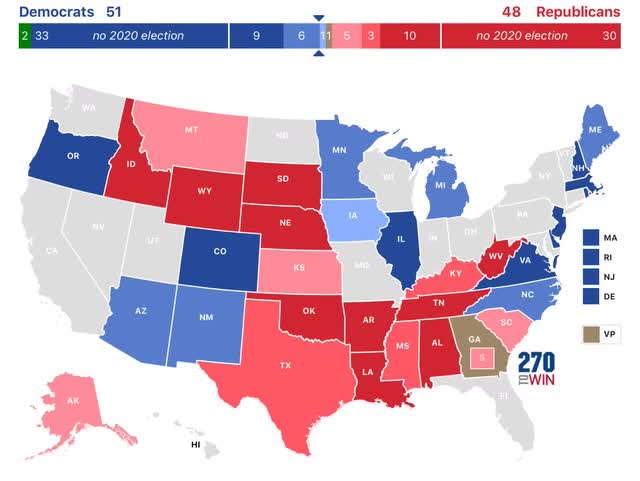 There are 5 Senate races where the GOP is ahead by more than 1% in the polls, but less than 3%. One of those is the Georgia Senate special election, which is likely to head to a run-off in January. If all of the D and R candidate votes go over to the two survivors, the GOP candidate is a slight favorite. The only Democratic pickup is Iowa. The one true toss-up is the Ossoff vs. Perdue race in Georgia.

So, the final 2020 forecast for the Senate is that the Democrats will win a *very* slim majority, and lose 4 or 5 more heartbreakingly close contests.