One of the memes that I have read quite a few times in the past week is that the Democrats have won 7 of the last 8 Presidential elections and that the institutions of electoral government discriminate against them.

A review of the actual results of the last 8 elections does not quite support that assertion. In only 4 of those 8 elections has either party mustered a majority of voters; in the other 4 the victor won by a plurality. This to my mind betrays a fundamental disaffection (relatively speaking) for the choices given the electorate.

Here are the raw numbers:

The bottom line is that in the past 24 years the Democratic brand of economic moderation and social liberalism has been only slightly more popular than the  GOP’s increasingly extreme brand of White Christian blood and soil hegemony.

This has led to the Democrats’ problems in obtaining a Senate majority.  The first two maps below show the Electoral College vote in 1992 and 1996: 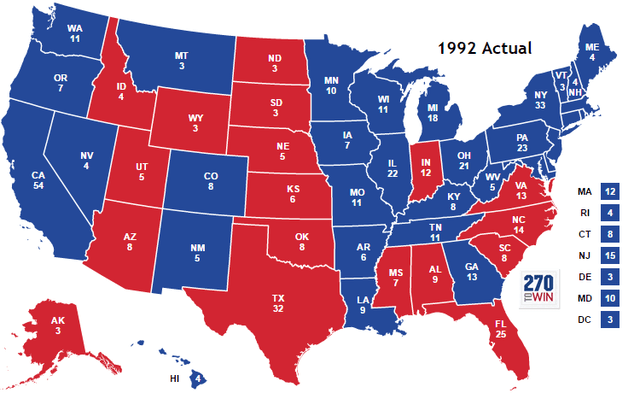 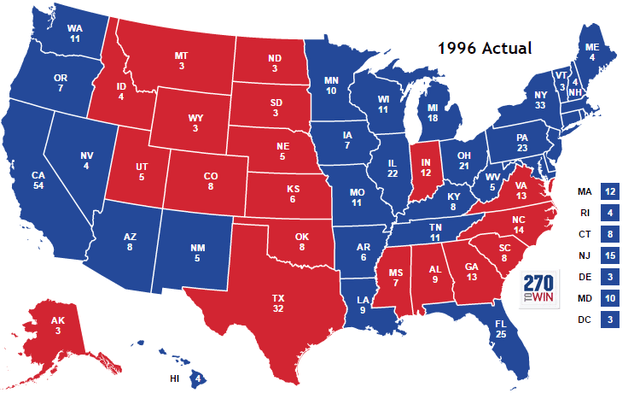 Contrast that with the electoral college vote this year: 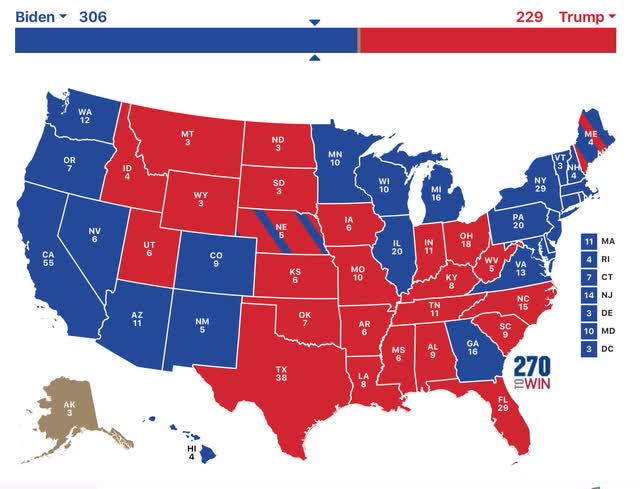 In the past 30 years, there have been slight changes in the West (CO turning reliably Democrat, joined this year by AZ), but a wholesale obliteration of the Democratic cause in the Mississsippi valley, as States all the way from LA to OH, WV, and IA turned GOP.

Seven of those States – LA, AR, MO, IA, TN, WV, and OH – frequently if not always seated Democratic Senators. That is all gone now.

And the trend in the GOP-ization of the Mississippi Valley continued this year. First, let me show you a map of the Valley: 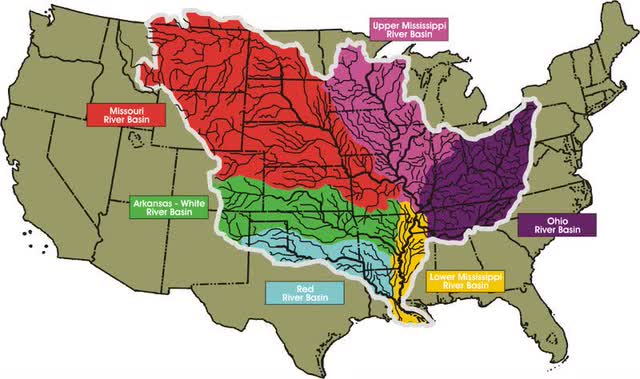 Next, here is a map showing the 2016 results in the Presidential race: 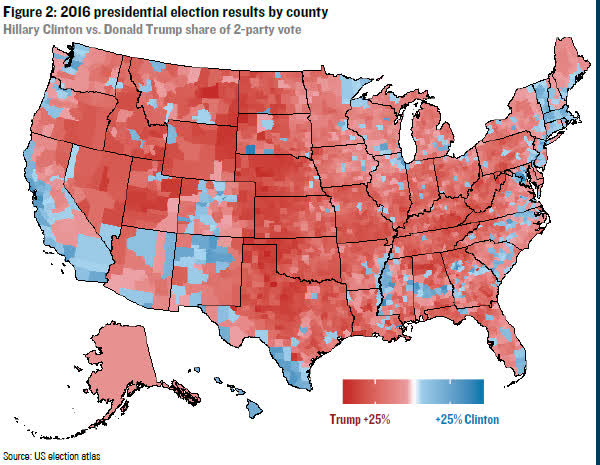 Note that the area of increased voting for the GOP overlays pretty well with the geographical Mississippi Valley. That only intensified in 2020.

In large part, I suspect this simply reflects the dying out of the Greatest Generation, which remembered the programs that the Democrats of the 1930s and 1940s had enacted to make their lives better; and their replacement by younger generations which know the Democrats mainly as the party of civil rights for minorities.

Now let me show you the map of the party composition of the Senate after the 2018 elections: 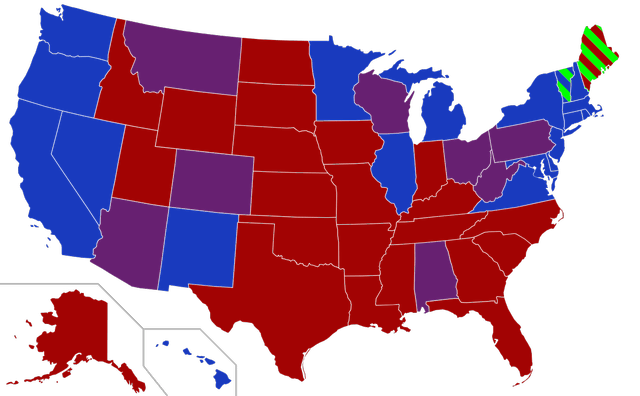 Since then, CO and AZ have completed flipping blue, while MS flipped back red. 44 States have Senators who completely align with their Presidential votes. 3 – ME, PA, and WI – have a GOP Senator despite voting Democratic in the 2020 Presidential election. 3 others – WV, OH, and MT – have Democratic Senators despite voting GOP in the 2020 election.

In order to form a functioning governing majority, the Democratic Party must find a way to reliably bring several more States into the fold, while maintaining their somewhat tenuous grip on the “blue wall.” A year ago  I addressed this issue, and little has changed since.

What Stacy Abrams has done in Georgia needs to be implemented in all 10 of those States. There are 6 GOP-held Senate seats in those States, plus PA and WI, coming up for election in 2022: 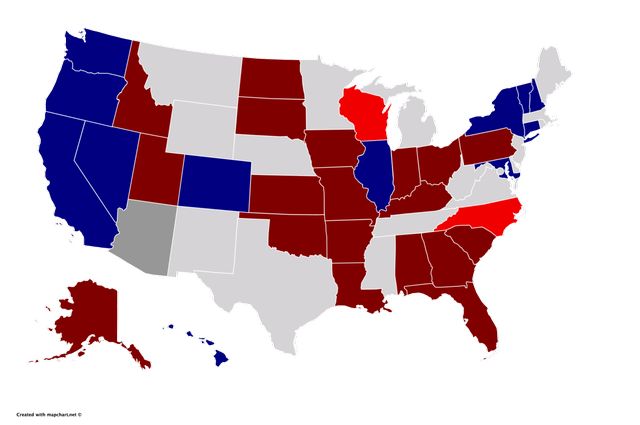 That is where efforts need to be focused next.