Back in August, when summer’s 2nd wave of new infections was near its peak, I devised my own rating system as to how each State was doing, as follows:

As to infections, most of the States (33) were in the “Red” or “Orange” categories.

At the high extreme, there were 5 States in the “Deep Red” category for infections: MS, ND, GA, TN, and AL.

By contrast, how bad is the situation now? Only 4 States would *NOT* be in the “Deep Red” category: VA, ME, VT, and WI, plus DC, Puerto Rico, the Virgin Islands, and the Northern Mariana Island. Of those, only Hawaii and the two territorial island chains would be less than “Red”: 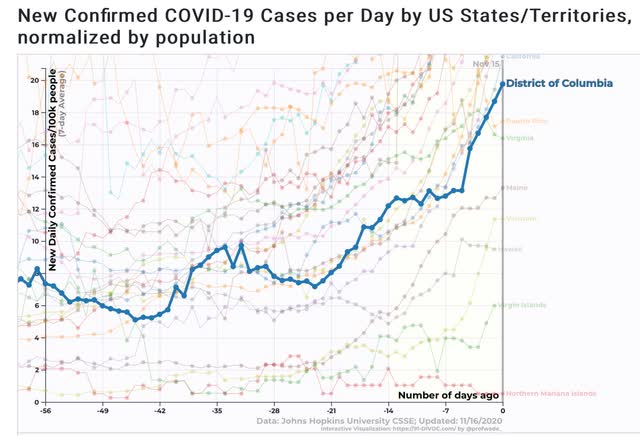 It is so bad that nearly 10% of the entire populations of North and South Dakota have already had *confirmed* infections, with several other States not far behind: 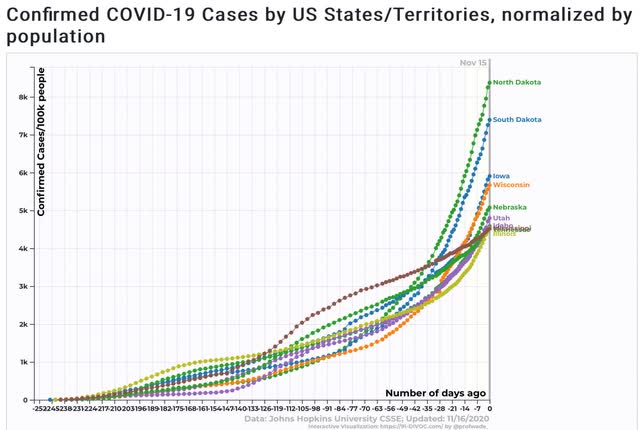 They, along with the other hardest hit States, look like they are recklessly heading towards “herd immunity,” probably by the end of the winter, with death rates in excess of 1% of the entire States’ populations by then.

At the other end of the scale, there were only 4 States in the “Yellow” range: KS, HI, CO, and NH 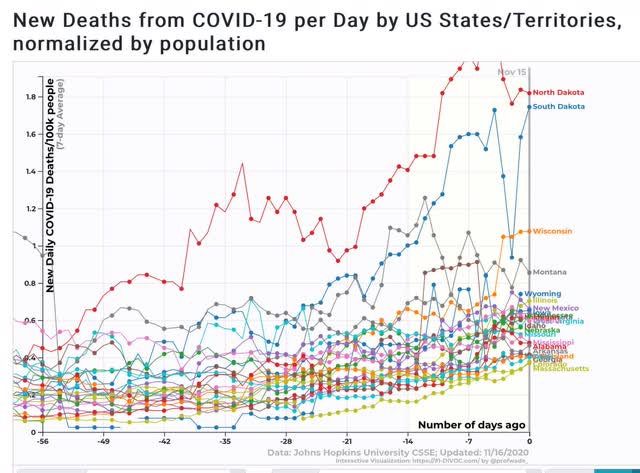 At the other end, Only NY is in the “Yellow” category.
Only HI and VT are in the “Blue” category.
And only the two island territories of the Virgin and Northern Mariana Islands are in the “Green” category: 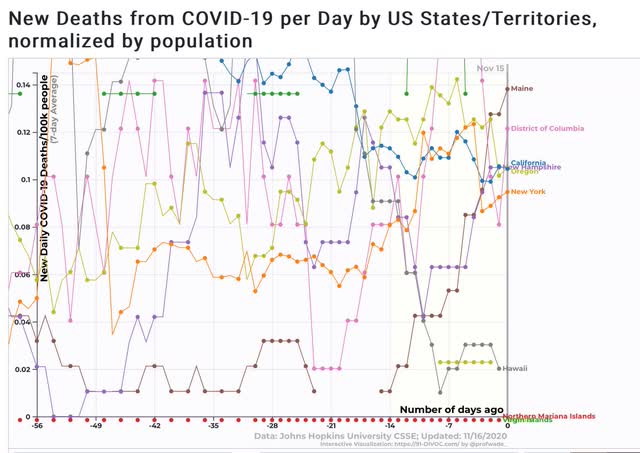 Keep in mind that deaths follow confirmed infections by 4 weeks or more, so there is every likelihood that many more States are going to move into the “Deep Red” category shortly.

In fact, I could only find 2 States – VA and HI – where currently there is not a big upswing in cases or deaths 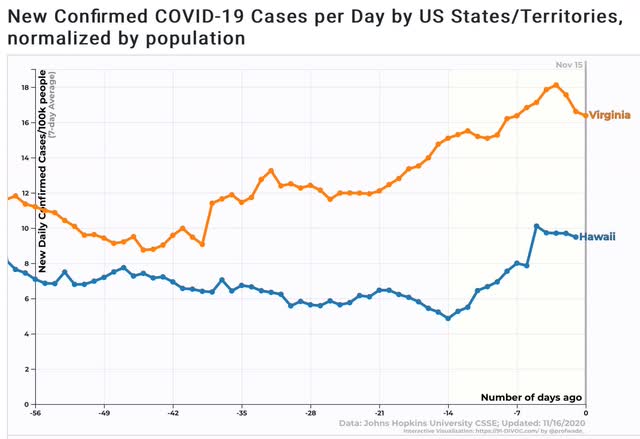 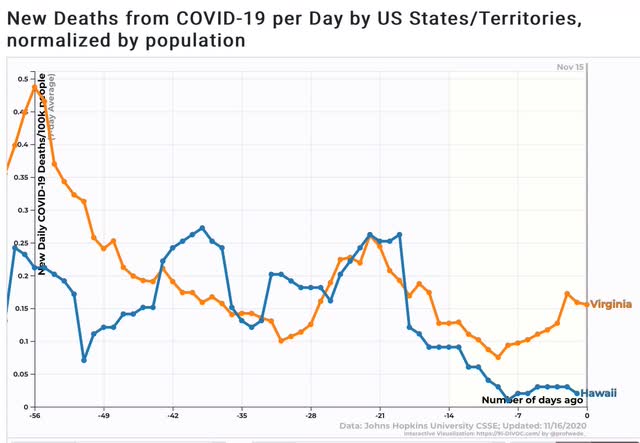 All the other States, including NY, ME, and VT, are showing rapidly increasing cases.

Against all of this horrendous failure, the only other “good” news, as was widely reported this morning, is that a 2nd vaccine, with a 94% success rate at preventing infections, and without the necessity for heroic precautions in transport and storage, is on the verge of approval.

Hopefully, the generally responsible States of the Northeast and West Coast will take the necessary heroic steps to keep their populations safe until the vaccine(s) arrive next spring or summer.