The 2020 Presidential and Senate nowcast: not a good week for Biden

The 2020 Presidential and Senate nowcast: not a good week for Biden

Let’s begin with Trump’s approval. Disapproval remains absolutely steady at 52.7% for the third week in a row, while approval improved very slightly (by +0.3%), and remains right in its normal range for the past 3 1/2 years: 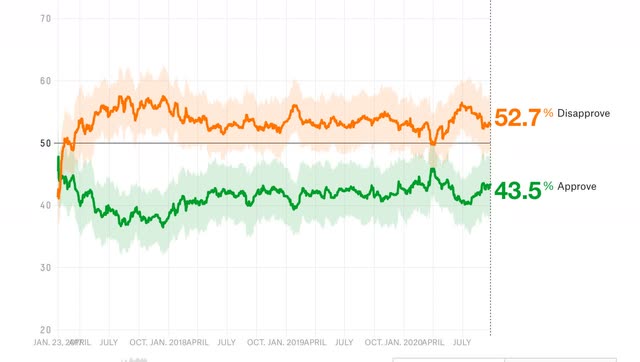 There is no indication that either Trump’s “law and order” pitch, or the replacement of the late Justice Ruth Bader Ginsburg have moved the needle in any significant way in the past 3 weeks.

Here is this week’s updated map through September 26. To refresh, here is how  it works: 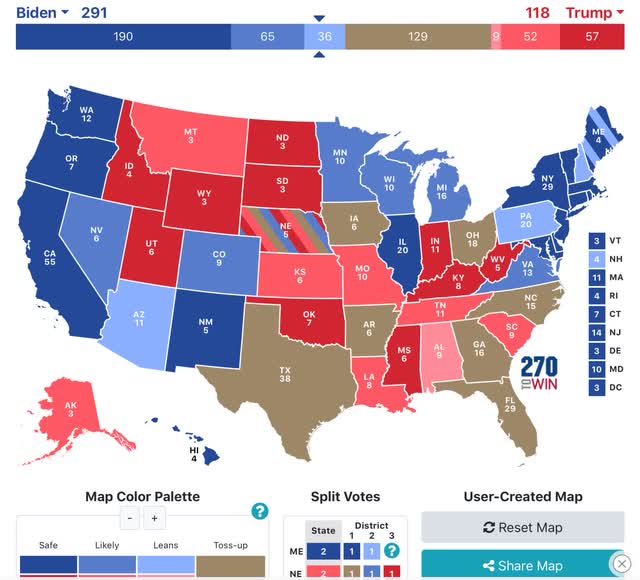 Biden’s “solid” plus “likely” Electoral College votes have now declined from their peak of  302 eight weeks ago to 255 this week. This is the very first time that this number has been under 270.

Additionally, I am somewhat concerned that outside of Wisconsin and Minnesota, Biden’s support is under 50%, and only above 49% in Michigan, New Hampshire, and Pennsylvania. That being said, if Biden wins those 5 States, he is going to win the election.

I have been expecting some incremental improvement in Trump’s position as voters who were leaning GOP “come home,” and I suspect this is mainly what we are seeing now. In the meantime, I believe the public’s perception of both the economy and Trump’s handling of the pandemic have congealed. The last significant economic report prior to the election, the September jobs report, will be released this Friday. Right now October looks like the final right-wing takeover of the Supreme Court will be front and center, along with Trump’s refusal to commit to an orderly transition if he loses.

Turning to the Senate, there has only been 1 changes this week, as an old poll in Mississippi dropped out, and the sole remaining poll causes that race to be changed from “lean GOP” to toss-up: 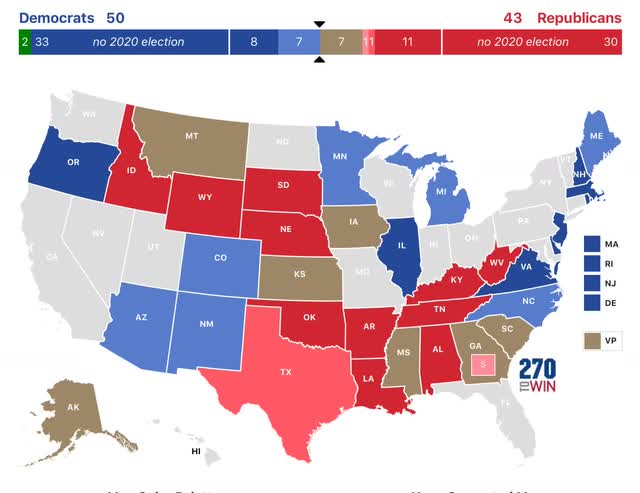 At current polling, if Democrats win all those seats rated “solid” and “likely,” they will have 50 Senate seats; and have improved from 55 to 57 in the past two weeks if they were to win all of the “toss-ups.” They will have 58 seats if they were to capture the “lean GOP” seat in Georgia. A shift to Democratic control of the Senate continues to look even more likely.