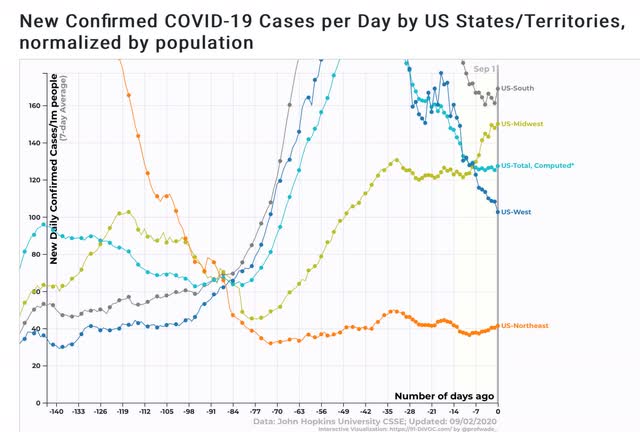 US deaths by region: 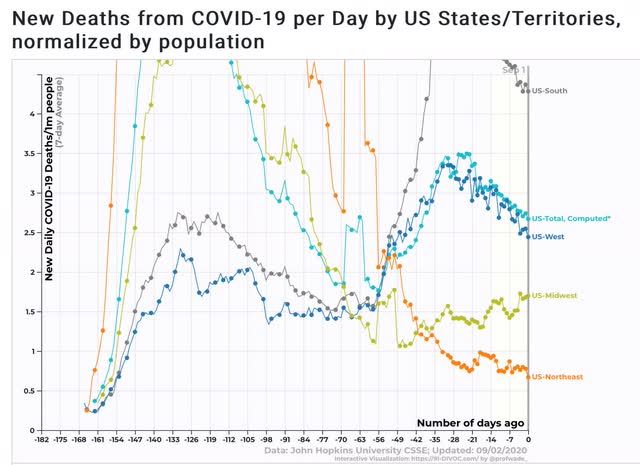 Superficially, this looks somewhat promising, as both cases and deaths have declined. But note that cases have flattened in the past week or so without further declines. This is particularly of concern, because the number of *tests* administered *has* declined somewhat over the past few weeks, as shown in the graph below of tests vs. cases, for the total US 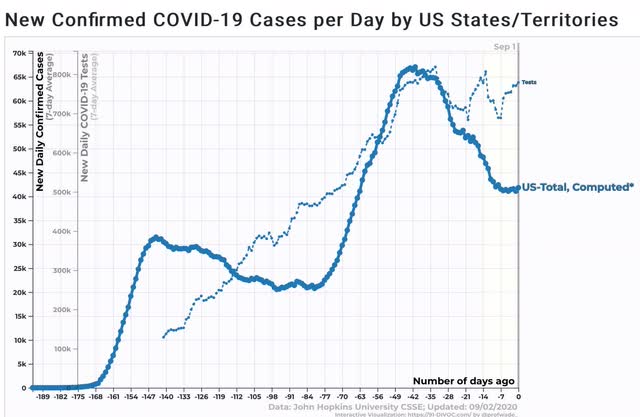 In the Northeast, testing has actually *increased,* without finding any more new cases (not shown). That’s good! But here are the other three regions 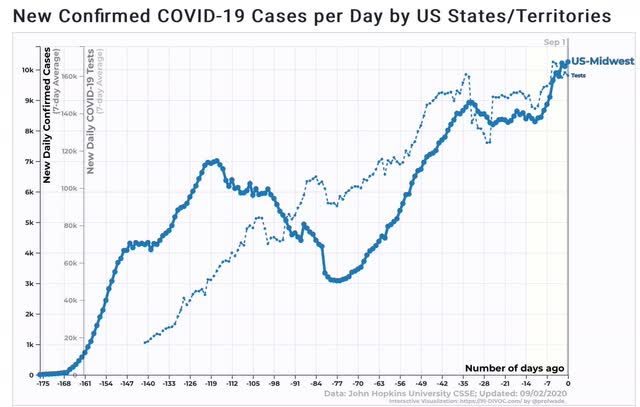 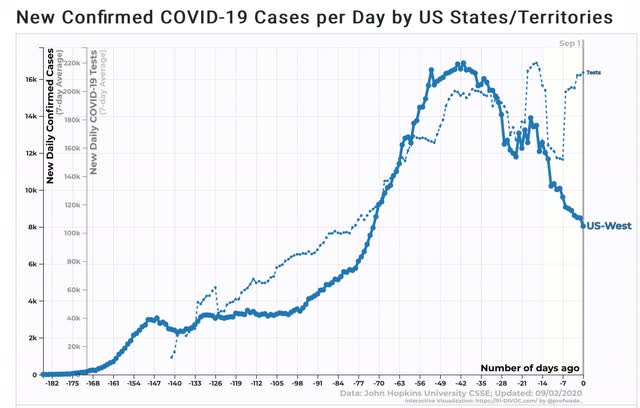 In the Midwest, testing and cases have increased essentially in tandem. In the West, testing has plateaued, while new cases have declined, so the decline is probably real.