Coronavirus dashboard for August 10: some good news to balance the bad

Coronavirus dashboard for August 10: some good news to balance the bad

Let’s take a look at some good news as well as continued bad news today.

First, the bad news. Here are the top 10 States for coronavirus infections: And here are the top 10 States for deaths: 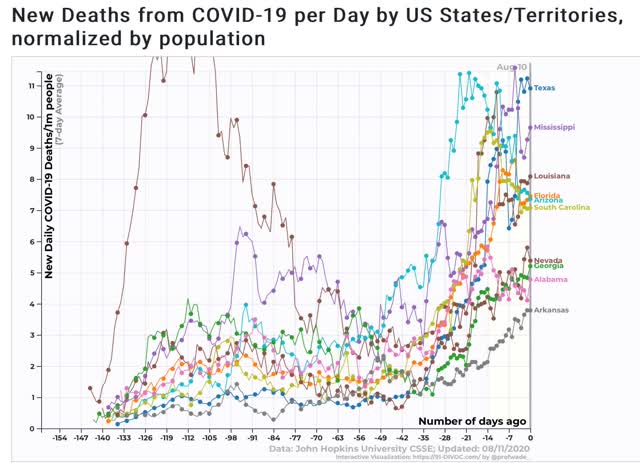 Note that with the exception of Nevada and Idaho, all of the top 10 States in both categories are from the Confederacy. About the best that can be said is that for most of them, cases and deaths may be leveling off. I can’t help but think that the racial demographics of who is getting seriously ill and dying plays a role in why these States are so recalcitrant.

But there is some good news as well.

First, Arizona, which a month ago was turning into the poster child for renewed out of control exponential spread, has seen a drop of about 70% in new cases, and about 33% in deaths: 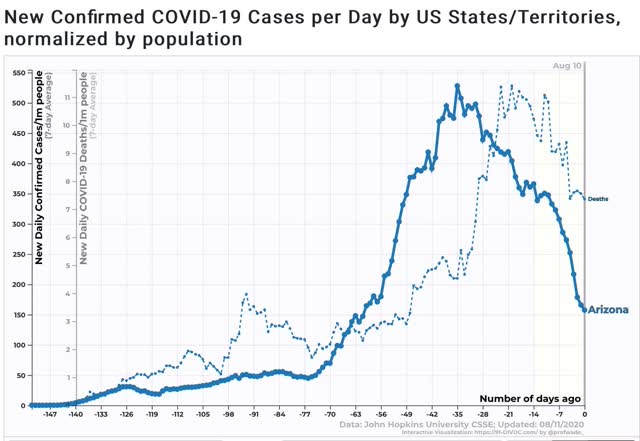 Not only did the State’s citizens react individually to curtail activities, but the governor issued a limited mask mandate, and allowed cities to issue more stringent ones, which the State’s major cities all did. Masks + social distancing work! Hoocoodanode!?!

Second, Texas, whole governor also issued a mask mandate several weeks ago, also has seen a 1/3 decline in new cases, and a leveling off in deaths: 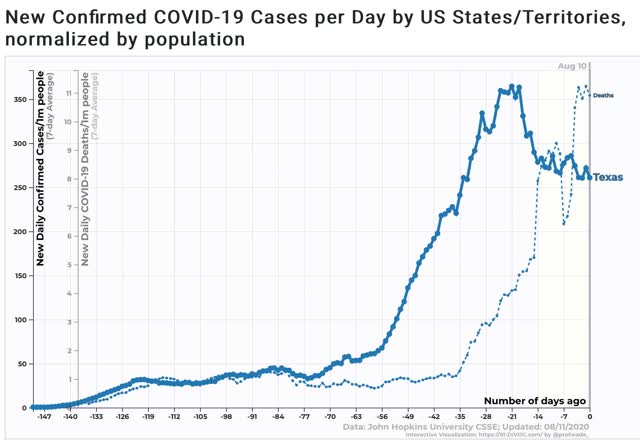 It’s too soon to declare this a success story, but signs are encouraging.

In short, even in the most culturally recalcitrant States, surging deaths eventually cause action to be taken. Will they keep up the progress, or once again rush to lift all restrictions and undo this preliminary success? We’ll have to wait and see.

Next, let’s turn to the Northeast, the biggest success story in the US. In the below graphs, I’ll compare all of the States with next-door neighbor Canada.

Within that region, Massachusetts, Rhode Island, and New Jersey still have not brought their new case count down close to Canada, and in fact cases are increasing again: 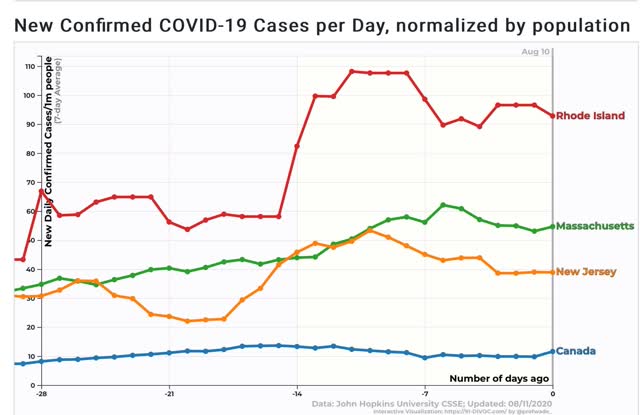 Deaths have leveled off at multiple the rate of Canada’s: 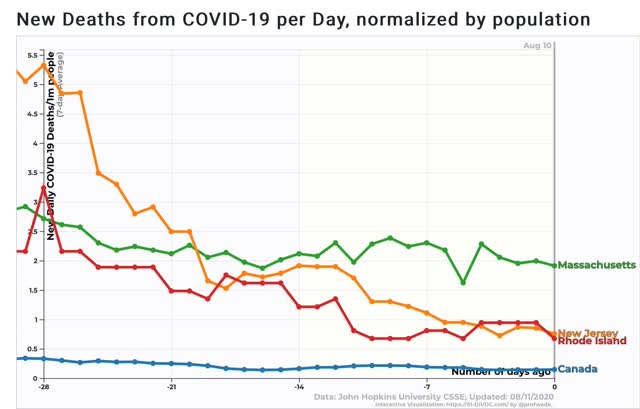 But northern New England, Connecticut, and New York are true success stories, with new infection rates either equivalent to, or 2 to 3.5 times that of Canada: 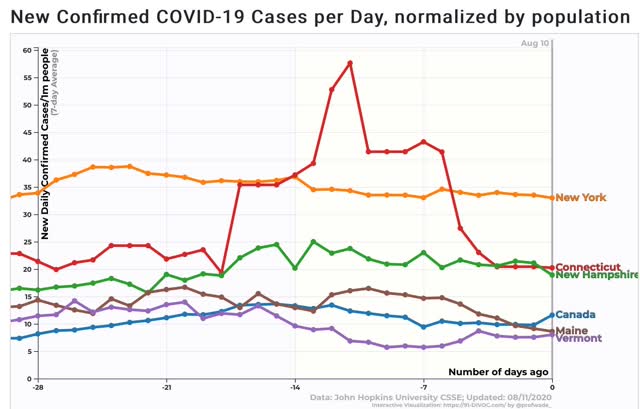 Deaths are also equivalent to, or up to 3 times that of Canada’s: 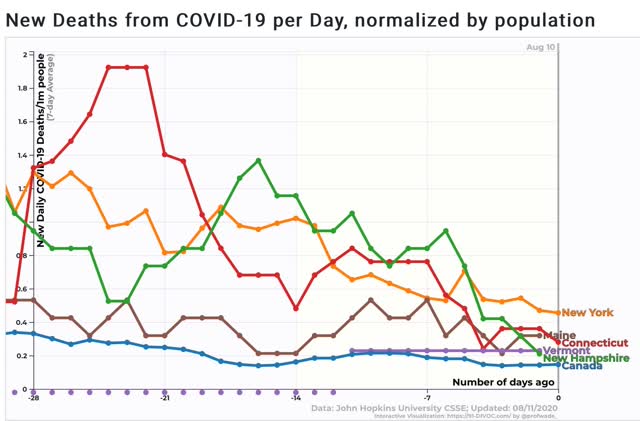 Governors of these 5 States ought to be lobbying Canada and the EU to allow travel restrictions to those countries for their residents.