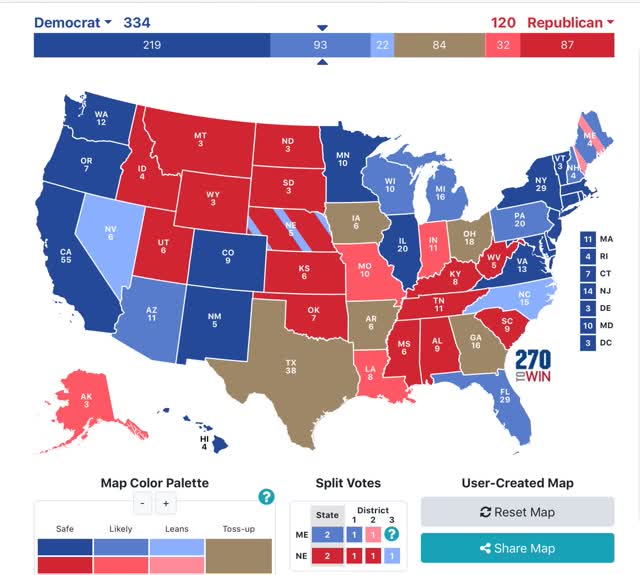 As was the case last week, if Biden simply won the States in which he leads by 5% or more in the polling, he would win the Electoral College, without even winning a single “toss-up” or “lean Biden” State as shown on the map.

There has been an enormous “reversion to the mean” element about Trump’s support going all the way back to 2016, so I still expect several of the States of the Confederacy to revert to being pro-Trump.

He always polls his worst when he is not just cruel, but cluelessly incompetent at it. Since he seems to want to run on being anti-Black lives matter, pro-Confederate statues, and pro-coronavirus even as the next tsunami wave is hitting, his present situation certainly qualifies. Here is Nate Silver’s most current measure of Trump approval: 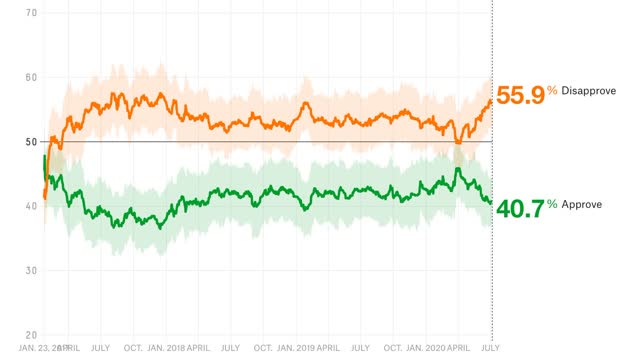 Beyond the Presidency, the turn against Trump appears to be submerging several GOP Senators who had thought their path to election or re-election was easy:
If all these Democrats do win, it will be the first time since 1980 that there has been such a shock to Senate incumbents.
Comments (5) | Digg Facebook Twitter |
5 Comments