Western Europe is a reasonable peer group of countries against which to compare the US response to coronavirus. The 5 largest countries in Western Europe in particular – in order, Germany, the UK, France, Italy, and Spain – together have a population of about 324 million, vs. 332 million for the US.

So let’s take a look at this peer group of European States vs. the United States in terms of cases, deaths, and testing.

One significant difference is that Italy was among the first countries struck in force by the pandemic. In early March it was common to note that the US was “two weeks behind Italy” in the number of cases. The other four all saw their pandemics start a few days to one week ahead of the US. To accomodate that, the below calculations compare each country 58 days after they reached 100 cases nationwide. 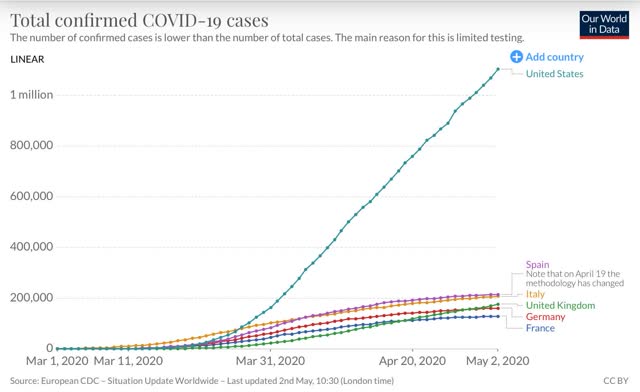 When we look at cases per 1 million people, the US is closer to the middle of the pack. In the graph below, aside from city-States like Andorra and San Marino, the US had fewer cases per capita than Spain, and slightly fewer than Italy, but more than the UK, France, or Germany. It also had fewer than Iceland, Belgium and Switzerland, but is on track to overtake Switzerland and Italy within the next few days [NOTE:  the two graphs below highlight Spain, which has the worst record among the 5 Western European countries. The US is shown in tan]: 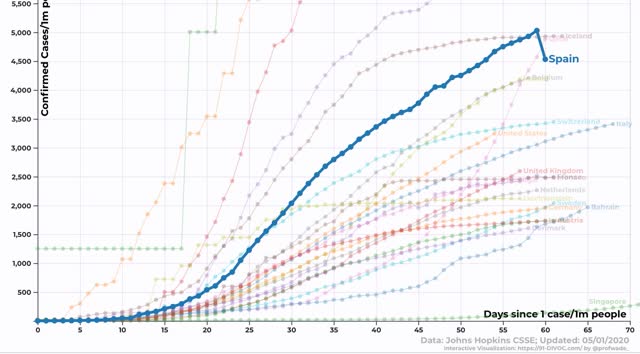 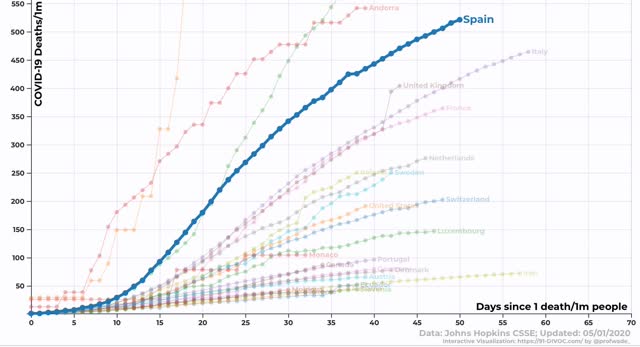 Germany has only 6,736 deaths, or less than 1 per 10,000 people, a stellar record. This is a tribute to the level of care rendered by the US medical system (note I said “level of care,” not the system itself).

Finally, turning to testing, the US had been languishing near the bottom of the pack, but with the big increase of the last 10 days, it is now closer to the middle of the pack, although it is still below the median: 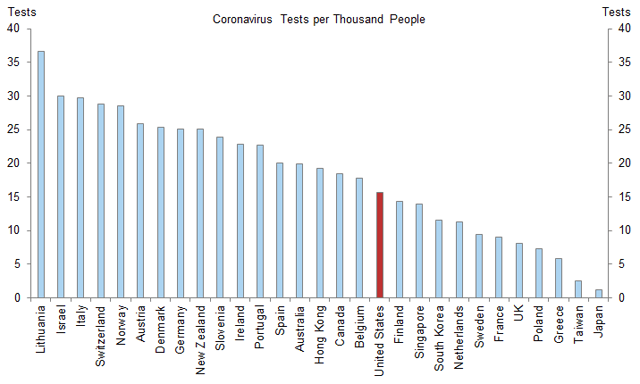 Note that several places, in particular South Korea and Taiwan, which “crushed the curve” early, have recently had less need for testing.

In summary, compared with its peer group in Western Europe, the US does better than every major country except Germany in terms of care rendered to patients infected by coronavirus, but lags considerably against the better countries in terms of testing, and is among the worst countries for preventing the overall spread of the disease among the population.