Trends in US States compared by coronavirus response

Trends in US States compared by coronavirus response

I mentioned over the weekend that I wanted to break out and look at some different aspects of the coronavirus pandemic.

Here’s the first: how are States at different ends of the restrictions and testing spectrums faring?

Seven States have never even mandated lockdowns. Let’s look at these, alphabetically: 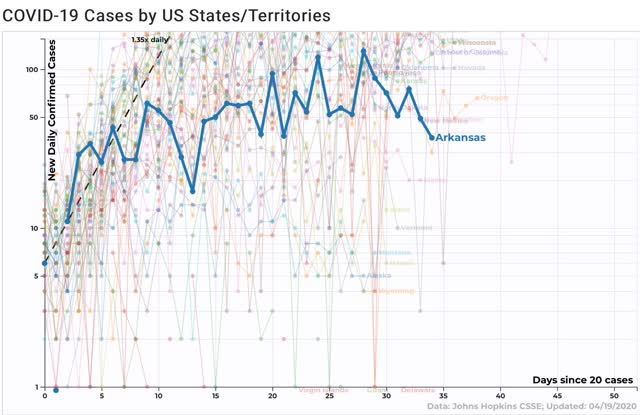 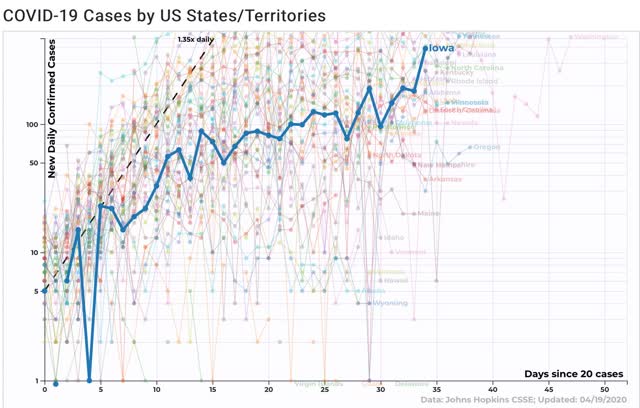 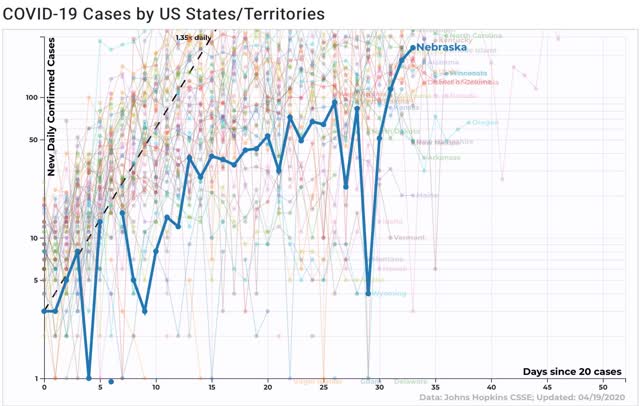 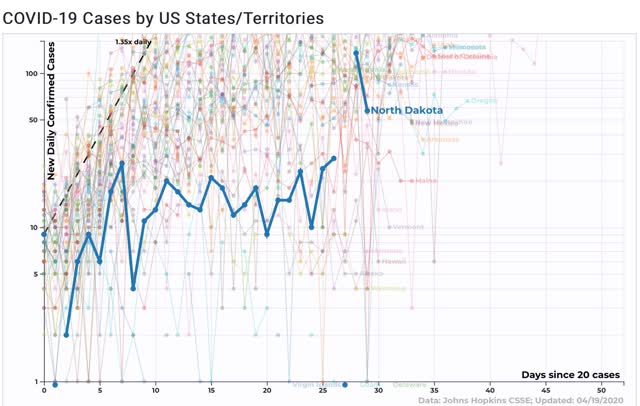 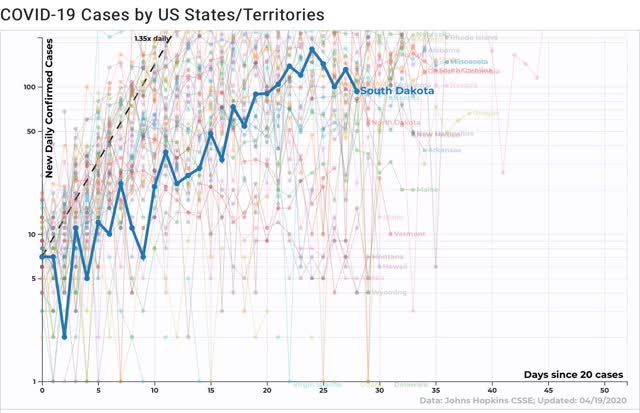 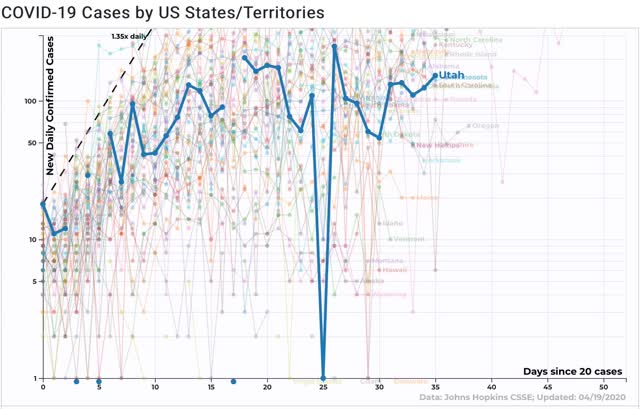 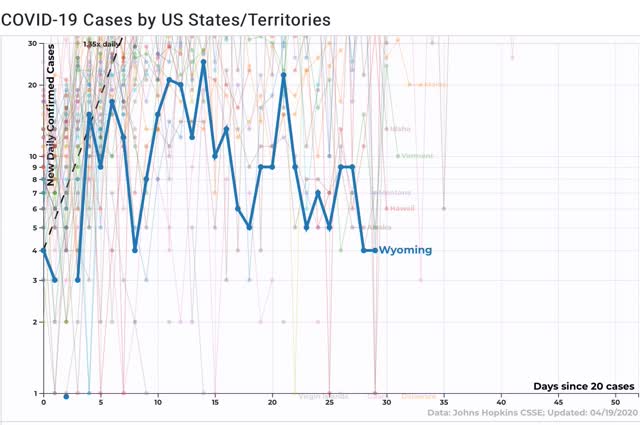 Four of the seven continue to show a trend of increasing infections. Arkansas and Utah appear to have plateaued, and Wyoming has such a small number that it’s decline is in single digits and not significant.  The virus in the 4 States with increasing numbers isn’t under control at all — but all of these States have small populations and are very rural. Urban areas in several (Iowa and Utah) are in lockdowns.

By contrast, here are 2 the States that got real – California and Washington State – real quick: 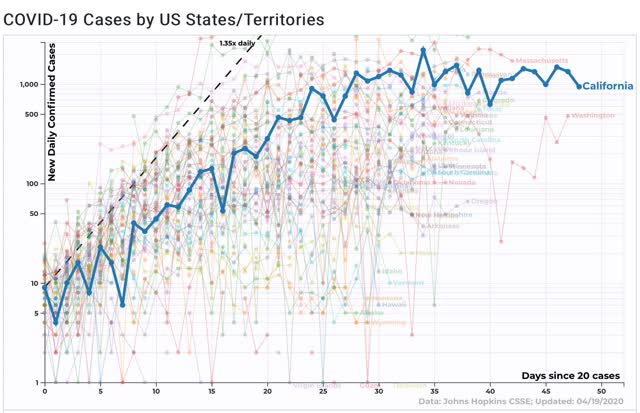 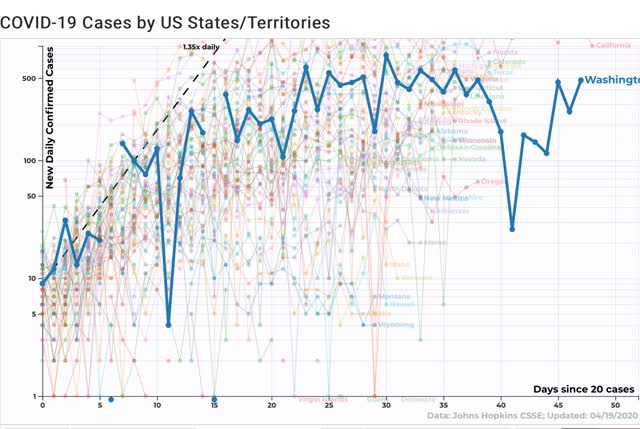 Both of these are pretty clearly past their peaks, although the recent rebound in Washington is concerning.

Louisiana, which had a severe outbreak after Marci Gras, and reacted decisively, is particularly heartening: 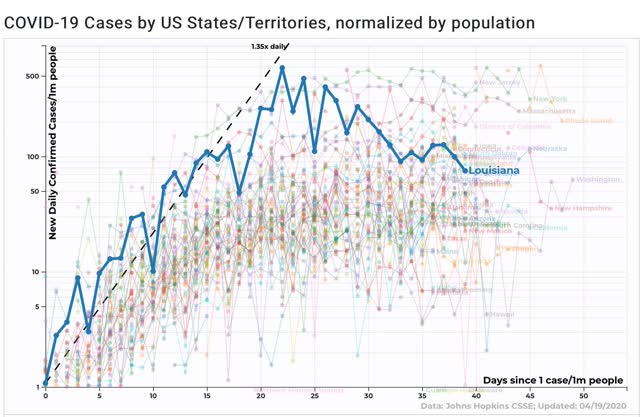 A similar pattern is shown for New York, which also appears to be past its peak. 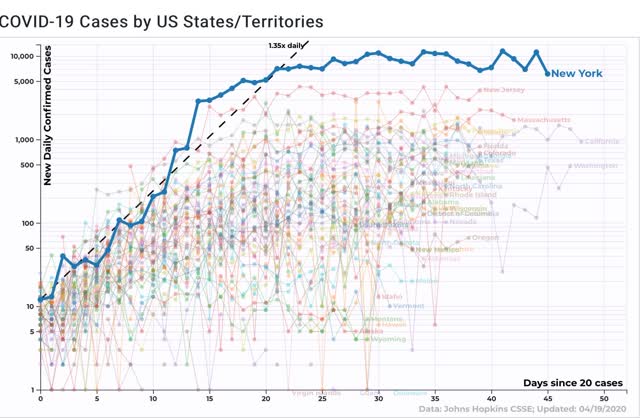 Finally, here is Rhode Island. It looks awful, but actually what has happened is that this State really ramped up testing. As a result, it found a lot more cases: 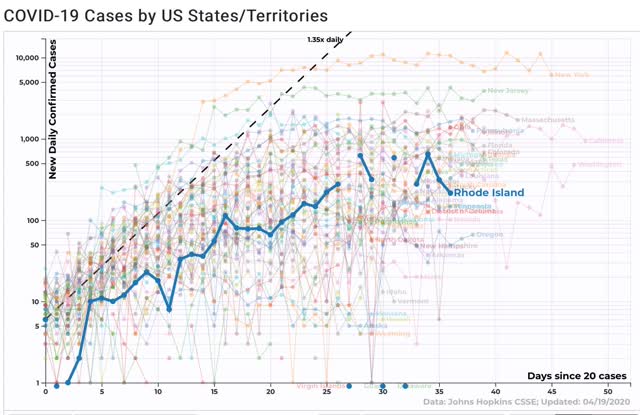 New York did the same thing. Increasing testing is going to show a lot more infections, which is probably an important reason why Trump has been dragging his feet so badly on this issue.