Benefit-Cost Analysis and the Coronavirus

Benefit-Cost Analysis and the Coronavirus 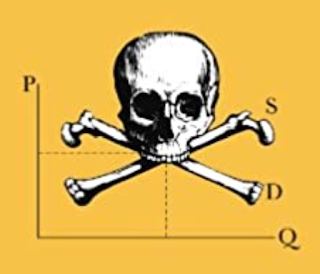 We are in the middle of a flurry of decision-making on how to deal with COVID-19.  After much resistance, officials are now canceling public events, closing schools and discouraging other activities that put us in contact with each other.  Travel restrictions and possible shutdowns of workplaces, as we’ve seen in Italy, may be up next.

It’s interesting we haven’t heard anything about benefit-cost analysis in all this.  Nearly all economists profess to think that BCA is the single best decision method.  Almost every introductory economics textbook is built around benefit-cost thinking, and for decades federal regulations have mandated BCA for proposals with significant economic impacts.

But now we are facing immense choices—what could have a more drastic impact than shutting down most of the economy by fiat?—and BCA is nowhere to be found.

As a public service, here’s a quick and dirty.  Coronavirus policy is primarily about saving lives, right?  So, if you believe in this sort of thing, the official “value of a statistical life” (VSL) as determined by the Environmental Protection Agency is $7.4 million.  According to BCA wisdom, we should spend up to this amount to save the life of a currently unknown (statistical) person, but not a penny more.*

In order to get a first impression, suppose the more stringent measures proposed will shave 1% off US GDP for the year.  Based on last year’s figure, that would eliminate $214 billion in economic value.  Using the value of life metric, that means we shouldn’t do this unless we expect to save at least 28,919 lives.  If not, let’em die.

Actually, I think it’s likely that we will see even greater economic costs from stringent social distancing policies, especially taking into account that the economy would probably have grown by a couple percent or so this year had the virus not struck.  Maybe these actions would pass the BCA test, maybe not.

Personally, I think it would be madness to stick a monetary value on people’s lives and base our policy choices on whether the dollars on one side of the ledger outweigh those on the other.  I wrote a book about that a while ago.  The considerations that lead us to think primarily in public health terms at a time like this apply just as well to other issues, from food safety to climate change.  The economists who crank out monetary values of life and believe all choices should be based on benefit-cost thinking have not yet had the integrity to step forward and make their case.  This silence speaks volumes.

*On a technical point, economists at EPA and elsewhere argue that the VSL should vary based on the population at risk.  Since mortality from the novel coronavirus is higher for those in the highest age brackets, and death from the disease would eliminate fewer years of life for them than for younger people, their VSL should be lower.  It may also be the case that mortality will be lower among those with higher incomes, who can afford better preventive measures and treatment, further depressing the relevant VSL metric.  But these considerations would require even more lives saved to justify the expense.