I’ll put up a more detailed post later, but for now simply note that housing permits, both overall and for the less volatile single family housing component, made new expansion highs, at levels not seen since 2007. Housing starts backed off from December – but to only the second highest numbers of the entire expansion.

Here’s the graph from the Census Bureau: 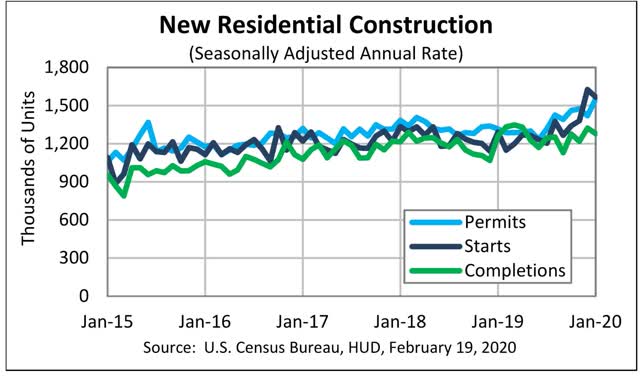 This is extremely bullish for the economy at the end of this year and into next year.