Polling firm Morning Consult has an interactive graph measuring Trump approval by State for each month since January 2016. You can visit it here.

The map has some interesting insights for the 2020 Presidential election race. In the first place, while it would be too cumbersome to show here, in general Trump’s disapproval has spread and intensified over the course of his term. As the latest map, for December, does not include reaction to his reckless warmongering with Iran, I am going to guess that January’s map will be worse for him.

Anyway, while there is obviously some variation from month to month, the latest two months shown below in chronological order, November and December, show – in shades from light pink to red – all of those States that the Democratic candidate has the most decent chance of carrying: 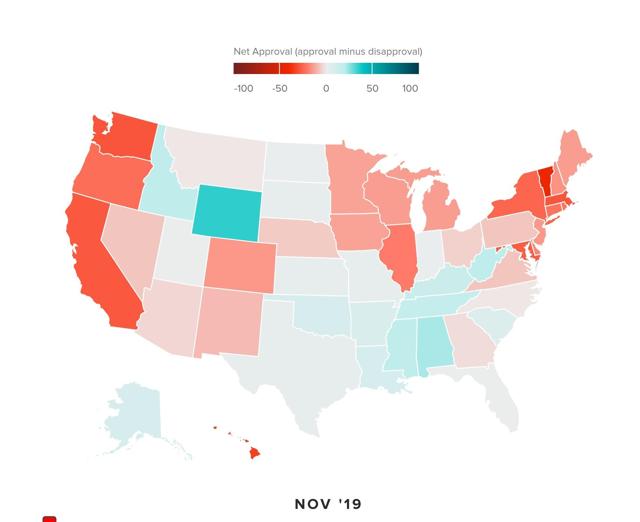 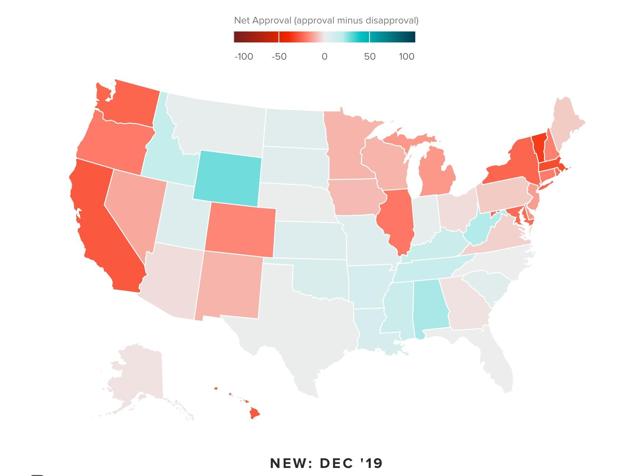 Most of the States are obvious, but in addition to several known battlegrounds: Arizona and North Carolina in particular; there are a few States that you wouldn’t expect:  Alaska, Montana, Nebraska, Iowa, and Georgia. Note also that Ohio has returned to the Democratic fold. The only negative surprise is that Florida remains pretty elusive (although for a few months in the past it has shown net disapproval).

I suspect that the impact of tariffs is the reason for the western States in the list above showing net disapproval. If the Democratic nominee pledges to take action to resolve the trade wars, it seems like there is an opening.

Just for comparison, here is the map of total votes by party in Congressional races for each State in 2018: 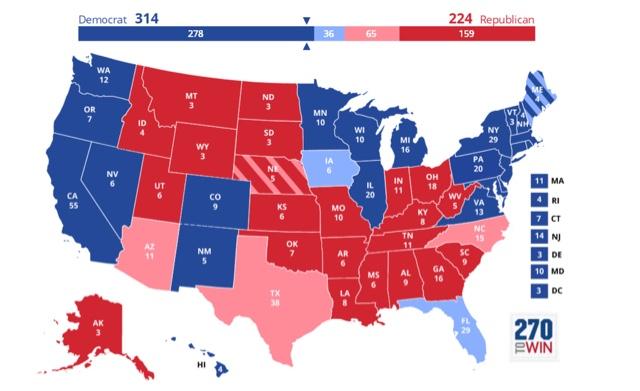 As I’ve pointed out before, in North Carolina really about 52% of all votes were cast for Democrats, so that ought to be shown in blue. But we’ve seen a further expansion of the playing field in 2019.