The oncoming generational UK and US political tsunamis

The oncoming generational UK and US political tsunamis

No big economic news today, so let me put up a couple of striking charts about the UK election last week.

Total turnout was down 1.5%. As should be obvious, as the accompanying commentary said, the Tories didn’t win; Labour lost, and terribly. Apparently having a leader (Jeremy Corbyn) with a -44% approval rating, and no substantive position at all on the most important issue in decades, Brexit, was a loser. Hoocoodanode?!?

Second – and this is really stunning – which party won seats based on age group: 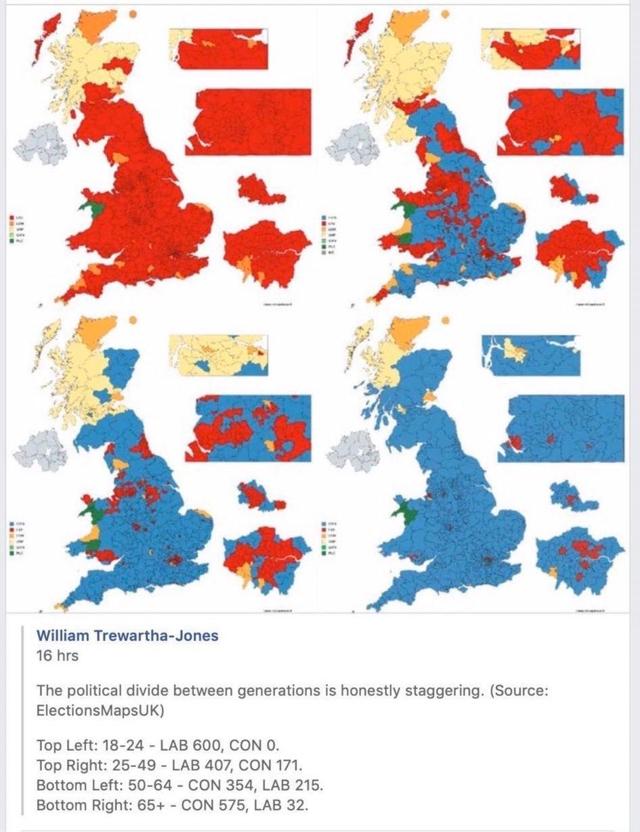 Since people tend to form their basic political ideologies in their later teens or early twenties, at some point – probably within the next 10 years – there is likely to be a political tsunami in the UK sweeping away right wing economic policies.

That made me go look for a similar breakdown of the 2018 US Congressional elections. The below graph is the closest thing I found: 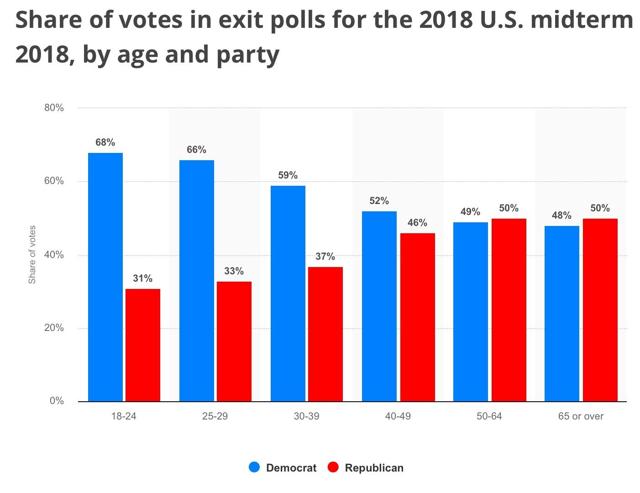 Interesting that the inflection point seems to be at age 50 in the US as well. People who formed their political views in the Reagan era or earlier in the US, and the Thatcher era and earlier in the UK, skewed conservative, while those whose views were formed later skewed to the left.

In the UK, the immediate risk is that the union itself ruptures, with Scotland and possibly Northern Ireland as well leaving. In the US, the risk is a rupture of the Constitutional fabric, by way of heightened mutual “hardball” and political violence, and a significant chance of a slide into Presidential autocracy.