Denmark Offers to Buy the US 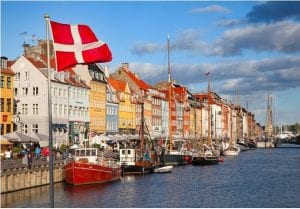 Andy Borowitz, The Borowitz Report, COPENHAGEN: After rebuffing Donald J. Trump’s hypothetical proposal to purchase Greenland, the government of Denmark has announced that it would be interested in buying the United States instead.

“As we have stated, Greenland is not for sale,” a spokesperson for the Danish government said on Friday. “We have noted, however, that during the Trump regime pretty much everything in the United States, including its government, has most definitely been for sale.”

“Denmark would be interested in purchasing the United States in its entirety, with the exception of its government,” the spokesperson added.

A key provision of the purchase offer, the spokesperson said, would be the relocation of Donald Trump to another country “to be determined,” with Russia and North Korea cited as possible destinations.

If Denmark’s bid for the United States is accepted, the Scandinavian nation has ambitious plans for its new acquisition. “We believe that, by giving the U.S. an educational system and national health care, it could be transformed from a vast land mass into a great nation,” the spokesperson said.