Given Donald Trump’s view that global warming is a hoax, I am surprised that almost 2 1/2 years into his Presidency NOAA’s “Arctic Sea Ice” page is still with us. And since I am a nerd, during the spring and summer it is something I check.

In past years, sea ice melted much more in the Eurasian arctic at the extremities of the Gulf Stream than on the North American side. In contrast, the decline in ice cover in the North American sector of the Arctic is particularly advanced this year. Here’s what it looks like as of yesterday: 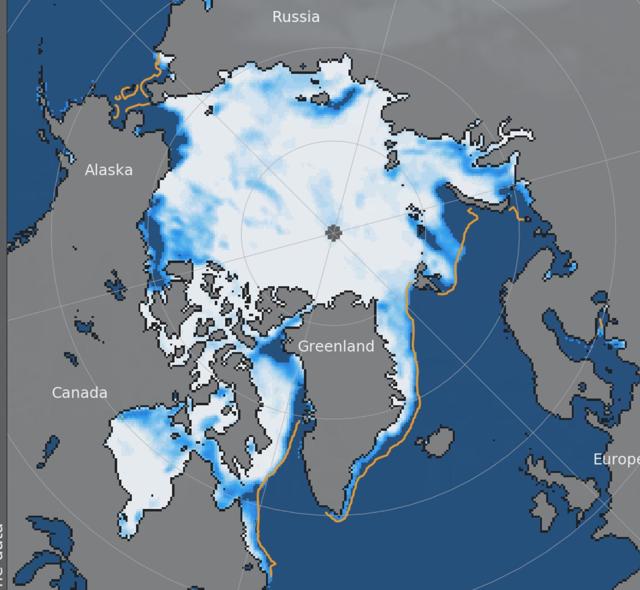 With the exception of Hudson’s Bay, it looks much more like the end of June for the past decade in that sector of the Arctic. In order, here are June 2018, 2017, and 2012 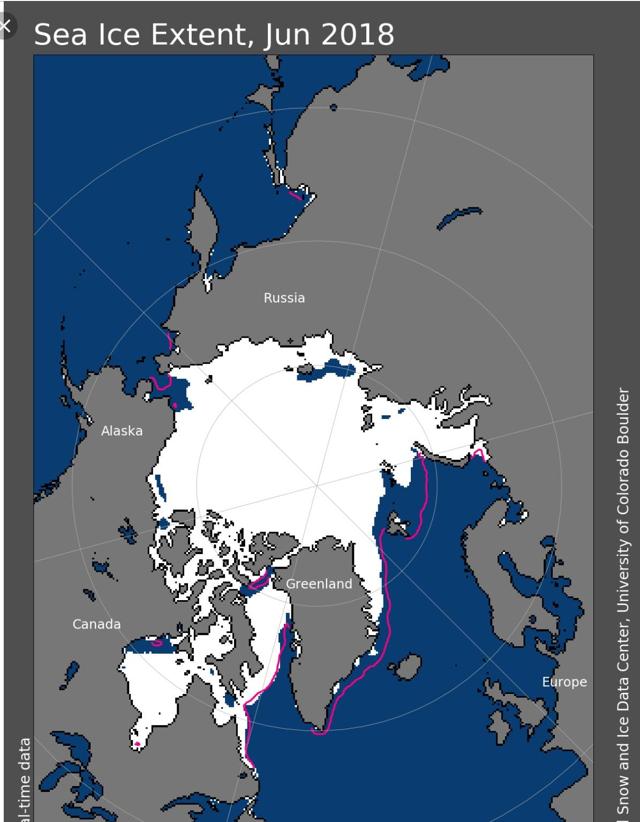 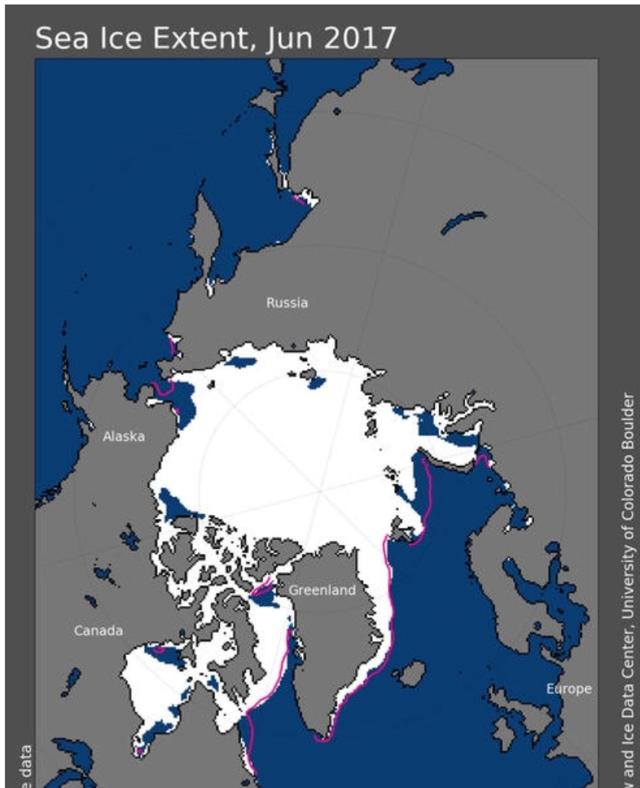 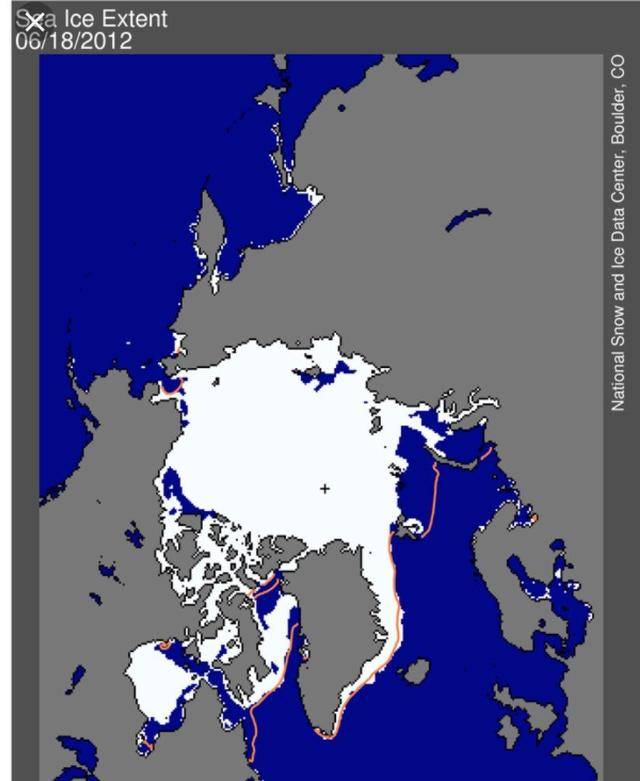 And for the Canadian Arctic (again aside for Hudson’s Bay), it isn’t even far behind mid-July of last year: 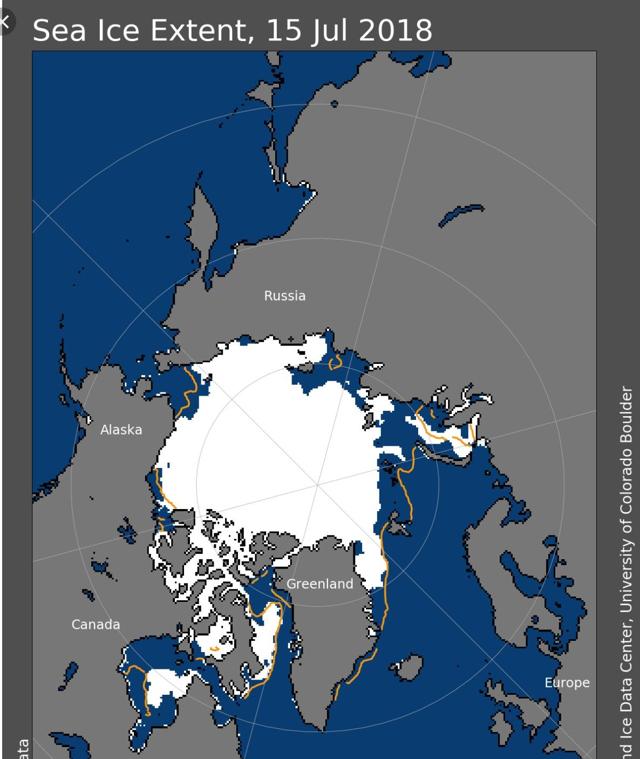