March news good so far; the Fed has plenty of scope to cut rates

March news good so far; the Fed has plenty of scope to cut rates

While we are waiting for tomorrow’s jobs report, let’s step back for a moment and look at where we are in the big picture of the economic cycle.

So far, March data is running pretty positive.  In addition to the decent ISM manufacturing report I discussed the other day, motor vehicle sales turned out to be excellent, topping 18 million annualized: 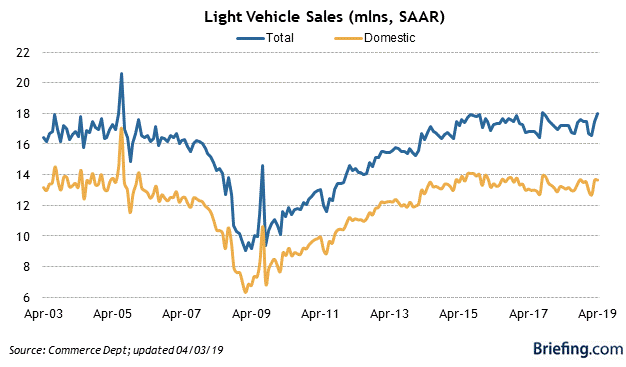 The ISM services index, like the manufacturing index, also downshifted, but continued positive: 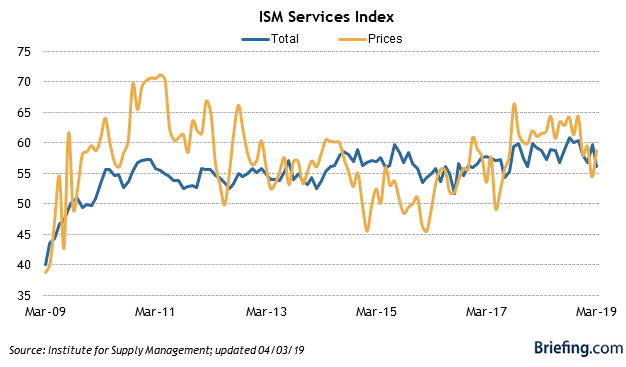 And this morning, new jobless claims for the prior week made a new expansion low:

So the short leading and the coincident data so far for March indicate an expansion that is doing nicely, if not at the pace of last summer.

That does not mean “ALL CLEAR,” however. The long leading indicators generally deteriorated all through 2018, and those forces can be expected to press down on the economy for the rest of this year.

The reason for the most optimism about the economy going forward, aside from the recent decline in long term interest rates like mortgages, is that the Fed’s rate hikes occurred at such a leisurely pace, totaling 0.75% in 2017 and 1.0% in 2018, unlike most prior tightening cycles that increased at levels of 2.0% YoY or more:

Because the impact of each 0.25% rate hike is less than 0.5% rate hikes, and because they were so gradual, this means that any overshoot is likely less than usual, and also gives the Fed plenty of time to react to any such overshoot.

Typically the Fed has only begun to curtail its tightening cycle or loosen rates 6-12 months after the maximum YoY real GDP growth (red in the graph below) (from which I’ve subtracted 2.5% to show the relationship better):

Since the recent YoY peak was Q3 of last year, the Fed is right on time with its pause. If data continues to weaken, so long as inflation – lately up only 1.5% YoY – remains subdued, the Fed need not worry about prices overheating. With gas prices still $0.01 less than they were a year ago, a spike in inflation in the next few months looks very unlikely, which gives the Fed plenty of space to cut, and avoid a recession.