The National Snow and Ice Data Center reports that the peak in arctic ice cover this winter was the second lowest on record, just slightly above that of one year ago. The three next lowest peaks were in the three years just prior: 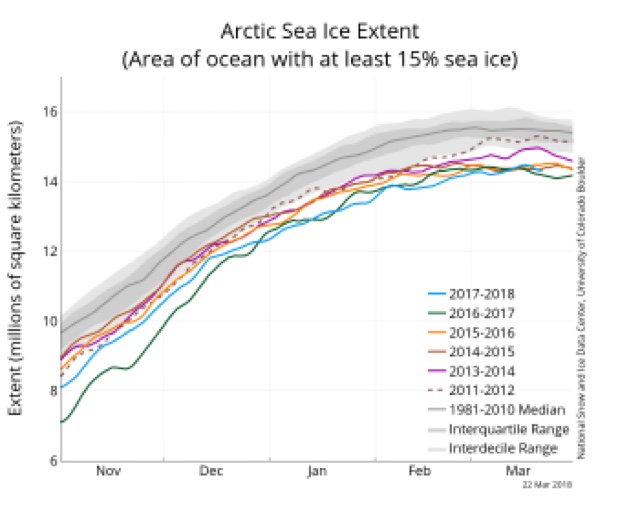 All of these are something like three standard deviations below the norm from 1980-2010.
The biggest abnormality this winter was that the Bering Sea between Alaska and Siberia did not freeze until very late. This encouraged the formation of persistent low pressure over the area, sending the jet stream high into the arctic from the Pacific for most of the season. And since what goes up must come down, that it did east of the Rockies
Since this is a US government web site, I am surprised that it is still available.
Comments (37) | Digg Facebook Twitter |
37 Comments