Perfect worker on the cheap

Via Bloomberg Obsession for the Perfect Worker Fading in Tight U.S. Job Market points to an issue in hiring that has been discussed here at AB:

This is a problem because, at 4.1 percent last month, U.S. unemployment is at the lowest level since 2000 and companies from Dallas to Denver are struggling to find the right workers. In some cases this is constraining growth, the Federal Reserve reported last week.

Corporate America’s search for an exact match is “the number-one problem with hiring in our country,” said Daniel Morgan, a recruiter in Birmingham, Alabama, who owns an Express Employment Professionals franchise. “Most companies get caught up on precise experience to a specific job,” he said, adding: “Companies fail to see a person for their abilities and transferable skills.”

U.S. employers got used to abundant and cheap labor following the 2007-2009 recession. Unemployment peaked at 10 percent in October 2009, and didn’t return to the lows of the previous business cycle until last year. Firms still remain reluctant to boost pay or train employees with less-than-perfect credentials, though recruiters say that may have to change amid a jobless rate that’s set to dip further. 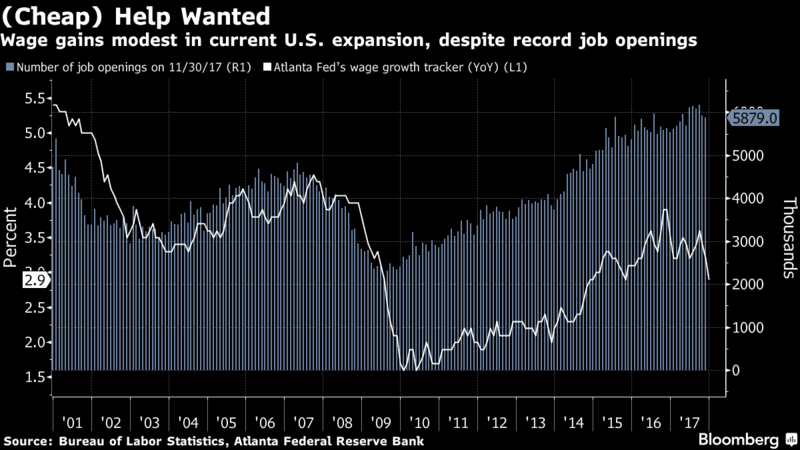