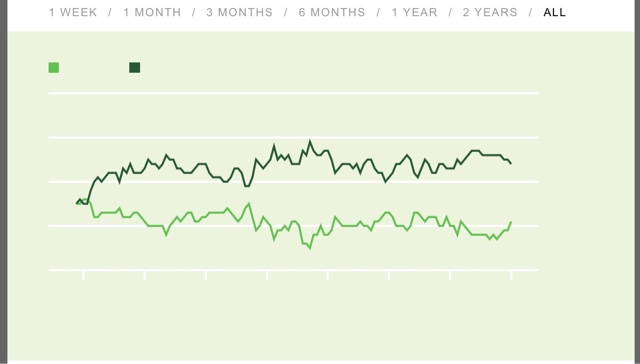 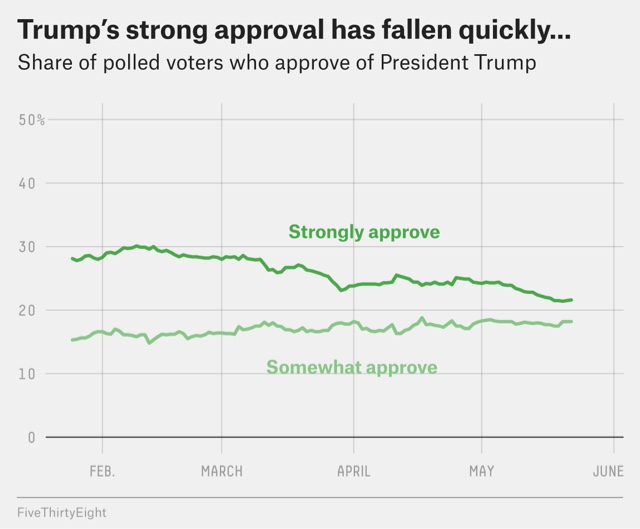 This was contrasted with the strong vs. weak disapproval graph from the Vox article: 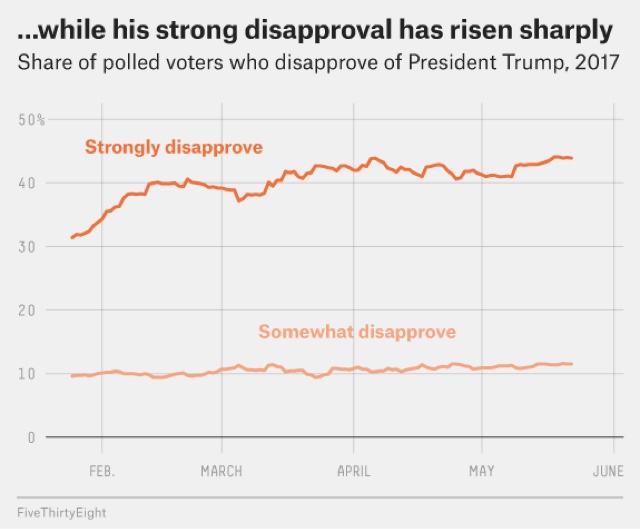 But once again, this looks like Democrat  self-delusion.  Here’s Rasmussen’s graph of strong approval minus disapproval graph so far for Trump: 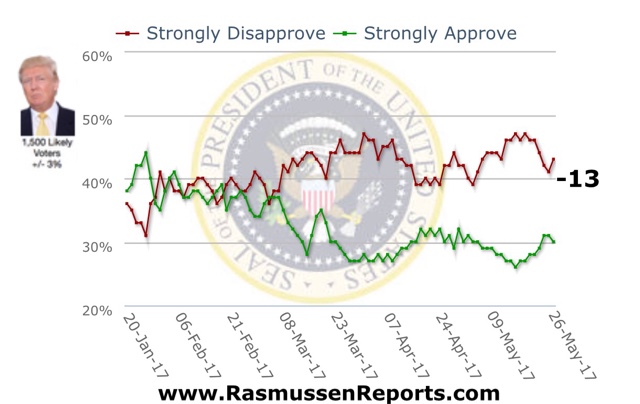 The FiveThirtyEight article was published at the passing moment when trong disapproval was slightly more than twice as common as strong approval. Now the level is back to where it has been on average for the last two months.

Here’s the second big problem: the metric, which has only been published since 2008, was far wide of the mark in the 2012 election where, despite a negative number, Obama handily won re-election. (Since both 2008 and 2016 did not involve incumbents, the metric really didn’t apply there at all.): 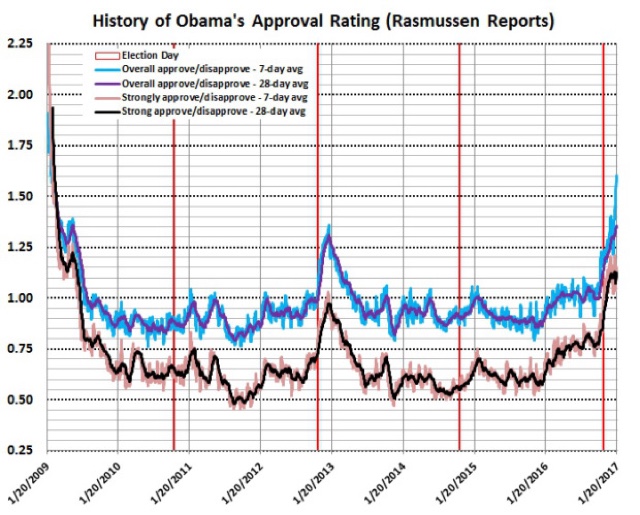 Democrats really need to disabuse themselves about any notion that Trump’s support is imploding in any meaningful way, at least as to he himself. In presidential elections, even those who somewhat approve or disapprove tend to vote.

BUT
But there is one potential jewel in the detritus of the data: the difference between strong approval and strong disapproval may be a K.I.S.S. way to forecast the midterm Congressional elections.

Why? Because in midterms, only those with strong enough motivations come out to vote — and the strength of their opinions looks like a pretty good proxy for their motivation.

In other words, what this is telling us is that if the midterms were to take place with a net disapproval rating on par with that found by FiveThirtyEight, there would probably be a Democratic wave. So it will be worthwhile to check strong approval vs. disapproval from time to time, to see how well it forecasts the 2018 midterm election results.