I wanted to bookmark a few facts that seem very important to understand American society in November 2016. 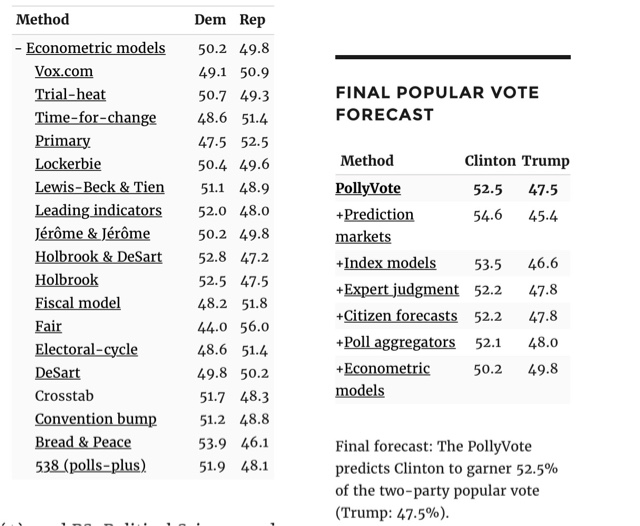 2. The working class blames Washington over Wall Street for their woes by a 2:1 margin: 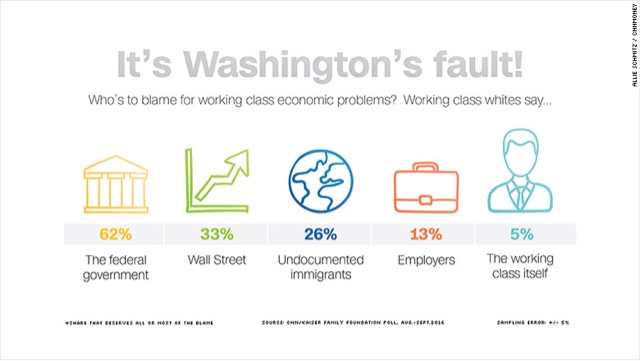 3. In 2016 apathy won.  Voters will not turn out for candidates they don’t like: 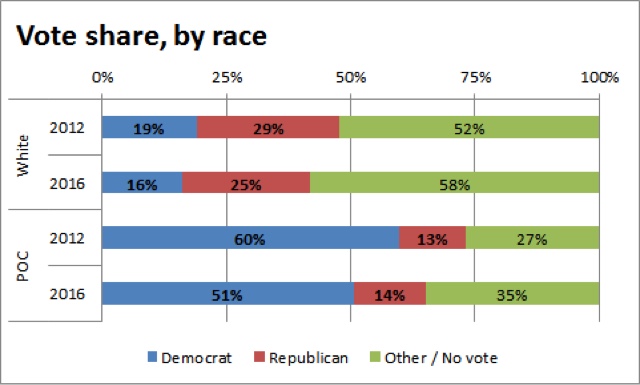 4..  Democrats won the popular vote for President and for the Senate, but lost it as to the House:

In results that are still preliminary, 45.2 million Americans cast a vote for a Democratic Senate candidate, while 39.3 million Americans voted for a Republican. (In the White House race, as of Thursday afternoon, Clinton had 60.1 million votes and Trump had 59.8 million.)
…. Republicans captured the majority of the “popular vote” for the House on Election Day, collecting about 56.3 million votes while Democrats got about 53.2 million, according to USA TODAY calculations.

5.  The Herrenvolk GOP coalition is a virtual replica of the pre-Civil War Jacksonian democrat coalition, as described in the biography “American Lion”: 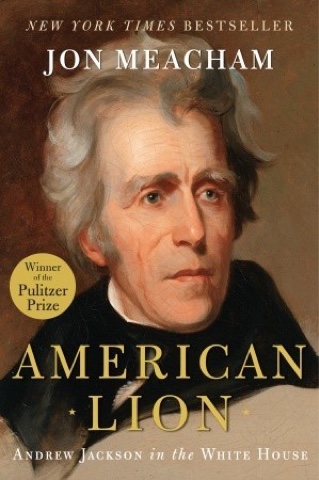 6.  The actual leadership in power in the Democratic Party is cluelessly pro-Wall Street:

Ari Shapiro spoke with Rep. Xavier Becerra, a California Democrat, and with Tamara Draut from Demos, the progressive advocacy group. Shapiro asked whether the Democratic Party was too close to Wall Street. He had to push Becerra to answer the question as Becerra hedged. The chairman of the House Democratic Caucus spent his opportunity on air not talking about helping the little guys, but bent over backwards to defend the financial sector and address its concerns:
TAMARA DRAUT: We need to shed any remnant of a more Wall-Street-friendly approach to the economy. ….
XAVIER BECERRA: If you can name me a society and a particular civilization that hasn’t had someone who’s helped finance the building and construction of that civilization, then I’m willing to look at it.

[The proper response to that was, “The New Deal, asshole.  Look it up!”]