In April of this year, I wrote a piece entitled “Would the real real median household income please stand up?” discussing three separate measures from the Census Bureau, the BLS, and private think tank Sentier Research.

By now you have probably already read elsewhere that yesterday the Census Bureau reported that real median household income rose 5.2% in 2015 — the biggest annual increase since the 1960s.  Here are the opening two paragraphs of the report, that pretty much say it all:

The problem is, this report is so tardy as to already be outdated.  After all, it is only issued once a year, so we just learned about the 2015 average — but we are already only 3 1/2 months away from 2017!
A similar problem afflicts a second measure of median income, from the Consumer Spending Survey, which is released only once a year in April of the next year.  Pew Research wrote about the 2014 results just a couple of weeks before the 2015 report was issued, and here is what they found: 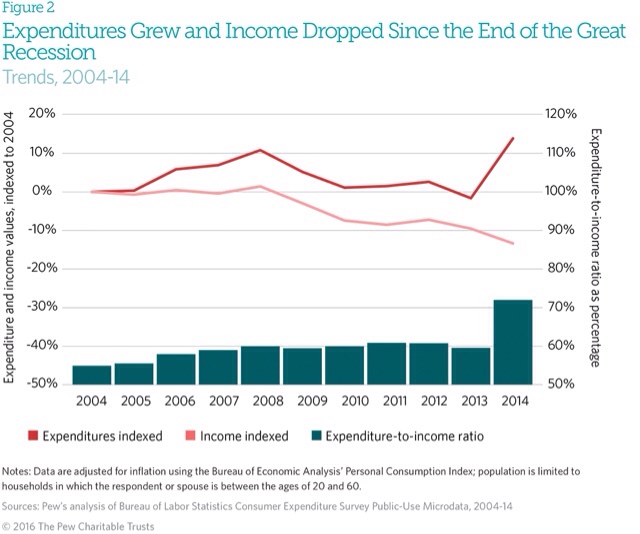 Two weeks later the 2015 report showed the biggest increase in years (but Pew has not updated their story):

But there is a third source of information as to real median household incomes:  Sentier Research, a private facility where two former Census Bureau researchers compile a monthly update from the Household Survey (the source of statistics like the unemployment rate and the employment to population ratio in the monthly jobs report).
One year ago, in September 2015, here is what the Census Bureau’s 2014 report had just shown: 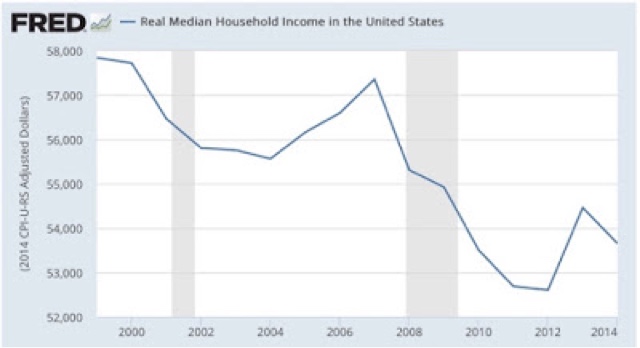 and here is what Sentier Research was showing at that time for 2015: 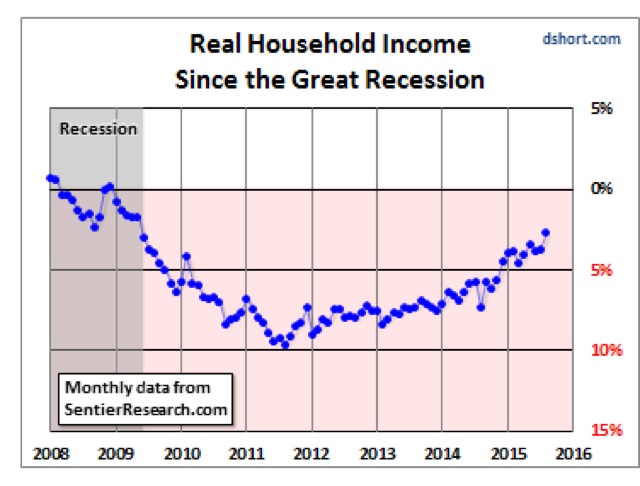 With only a one month delay, Sentier was already showing a huge increase in median household incomes in late 2014 continuing in 2015.
Now here is the updated 2015 data released by the Census Bureau yesterday:

Nearly one full year later, the official number showed what Sentier was reporting in nearly real time.
Yesterday’s Census Bureau report was a major validation for the credibility and reliability of Sentier’s monthly update.
So, what does Sentier show now?  Here is their graph through July 2016 (h/t Doug Short 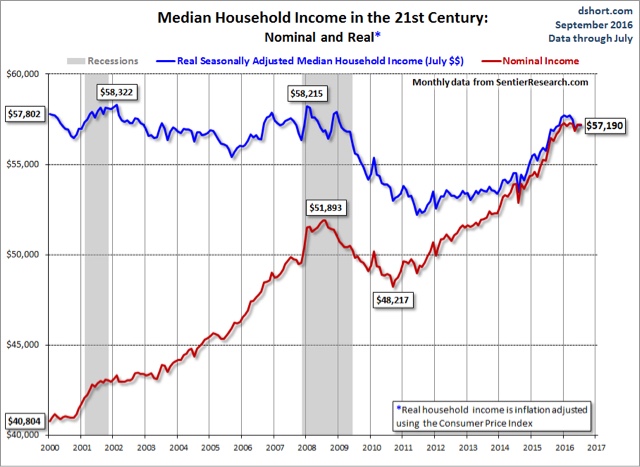 Real median household income is higher still in 2016 than it was in 2015, but in the last several months it has stumbled.  One year from now, that is probably about what the Census Bureau will tell us.
To reiterate the conclusion from my April piece, however:

this is too important a statistic to leave to very delayed and problematic annual measures. An even more complete measure, average per capita adjusted gross income – which is generated from the complete tally of all tax returns filed in any given year, is only available through 2013!  Resources  should be devoted to producing more accurate and timely measures on a Quarterly basis at least.