Last week I made a presentation to the Colorado Assessors Association on tax increment financing (TIF) subsidies. With the organization’s permission, I am sharing the PowerPoint presentation for my talk, as well as adding this introduction.

The talk begins by putting TIF in the context of subsidies generally. As a subsidy, TIF is subject to the three main potential drawbacks of their use: Inefficiency, inequality, and environmental harm. These differing harms often call forth coalitions that prove the adage that “Politics makes strange bedfellows.” One example was a joint appearance by Ralph Nader, Rep. John Kasich, and Grover Norquist in 1997. I was in a similar coalition in 2003 fighting a TIF that would have leveled downtown O’Fallon, Missouri, then the fastest-growing city in the state. Our leadership included people from liberal Democrats to future Tea Party members. Similarly, the mayor and TIF-supporting council members were bipartisan. It’s easy to find single-party governments that abuse subsidies, too, whether it’s now-Governor Kasich offering $400 million to move Sears from Illinois, or Democratic stronghold Kansas City, MO, offering multiple multi-hundred million dollar TIFs.

I then go on to discuss the legal particularities of TIF, which gives it another level of controversy. Tax increment financing typically allows governments to capture the property tax revenue of other districts (something especially hard on school districts), and these revenue fights are matched by the intense hatred the use of eminent domain usually brings forth.

The very first state to adopt TIF (in 1952), California axed TIF in 2011 due to its budget crisis, caused in part because the state reimbursed property tax revenue that school districts lost to TIF. Last year, a new version of TIF was passed, but it completely removes the option to take money from school districts, and lets other taxing jurisdictions opt out as well (see below).

Also of note in TIF history is the constant pressure to expand the locations able to use it (i.e., progressively less economically deprived areas want it in their subsidy arsenal) and the gross overuse of TIF for retail projects. As I mention in the link, St. Louis-area municipalities gave $2 billion in retail TIF from 1990 to 2007, creating all of 5400 jobs, no more than we’d expect on the basis of the area’s income growth. That’s why the relevant slide says $2 billion = 0 jobs.

Thanks to Karen Miller of the CAA for inviting me and agreeing to let me post the PowerPoint. 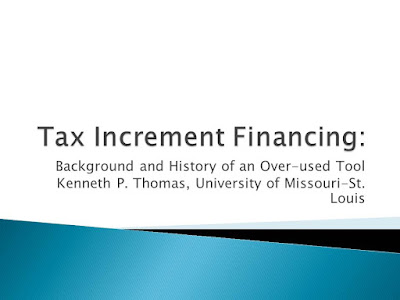 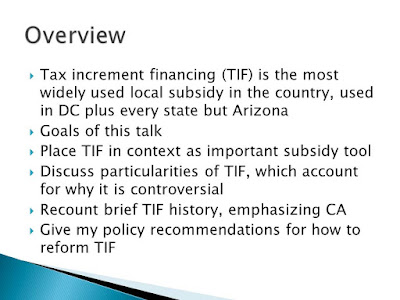 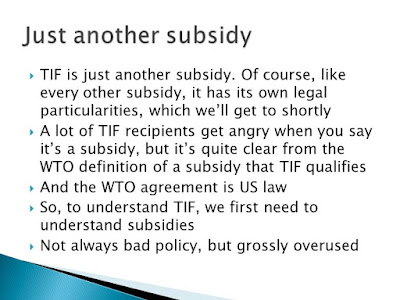 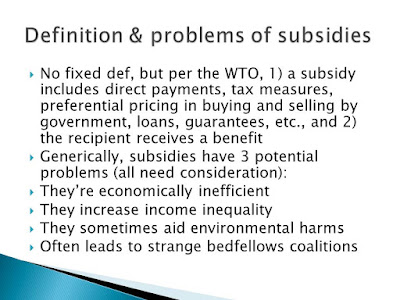 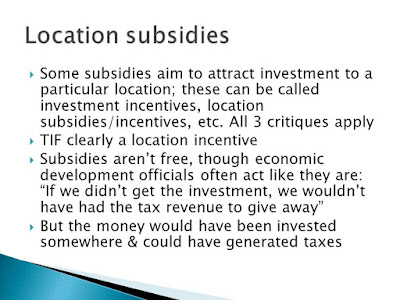 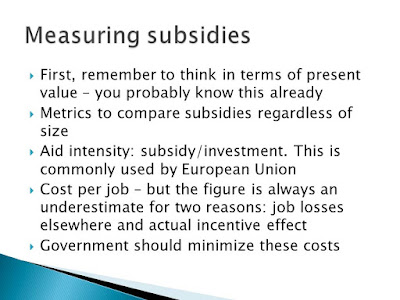 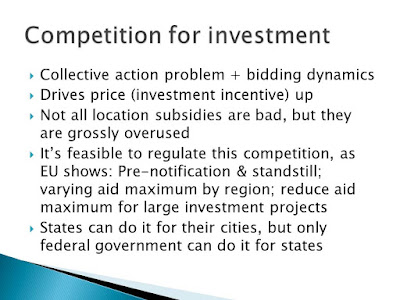 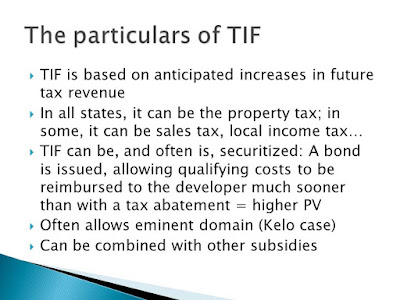 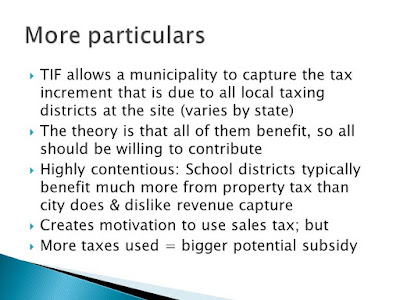 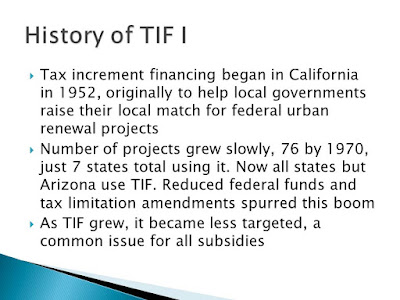 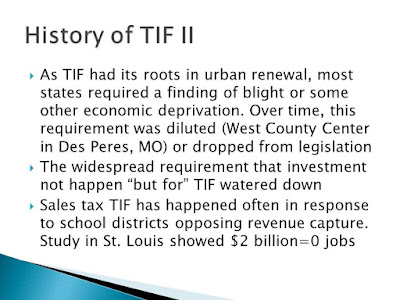 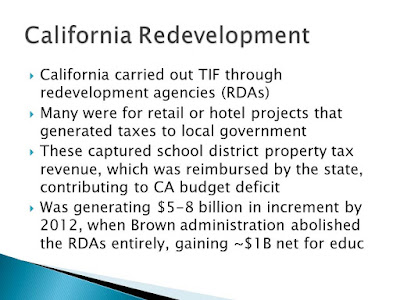 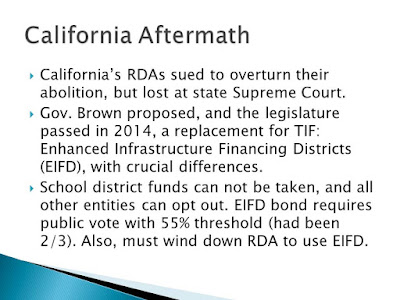 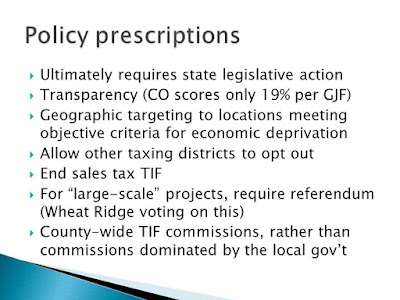 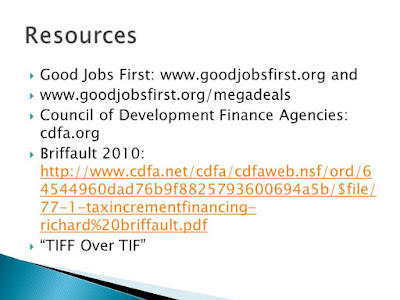