Usually changes in the inflation rate are all about the price of gasoline.  Not in October.  Although gas prices fell -6.4% (compared with a decline of -5.0% a year ago), unlike one year ago net consumer price failed to decline, instead remaining flat.

Over a two month period, a -8.6% decline in gas (vs. -6.1% in 2013) coincident with a 0.1% increase in prices, vs. a gain of +0.2% in 2013.  There seems to have been no single culrpit.  A wide variety of other prices slightly more than expected.
As a result, while measures of real sales and real wages did increase, they did not do so as much as expected.
First of all, here are real retail sales: 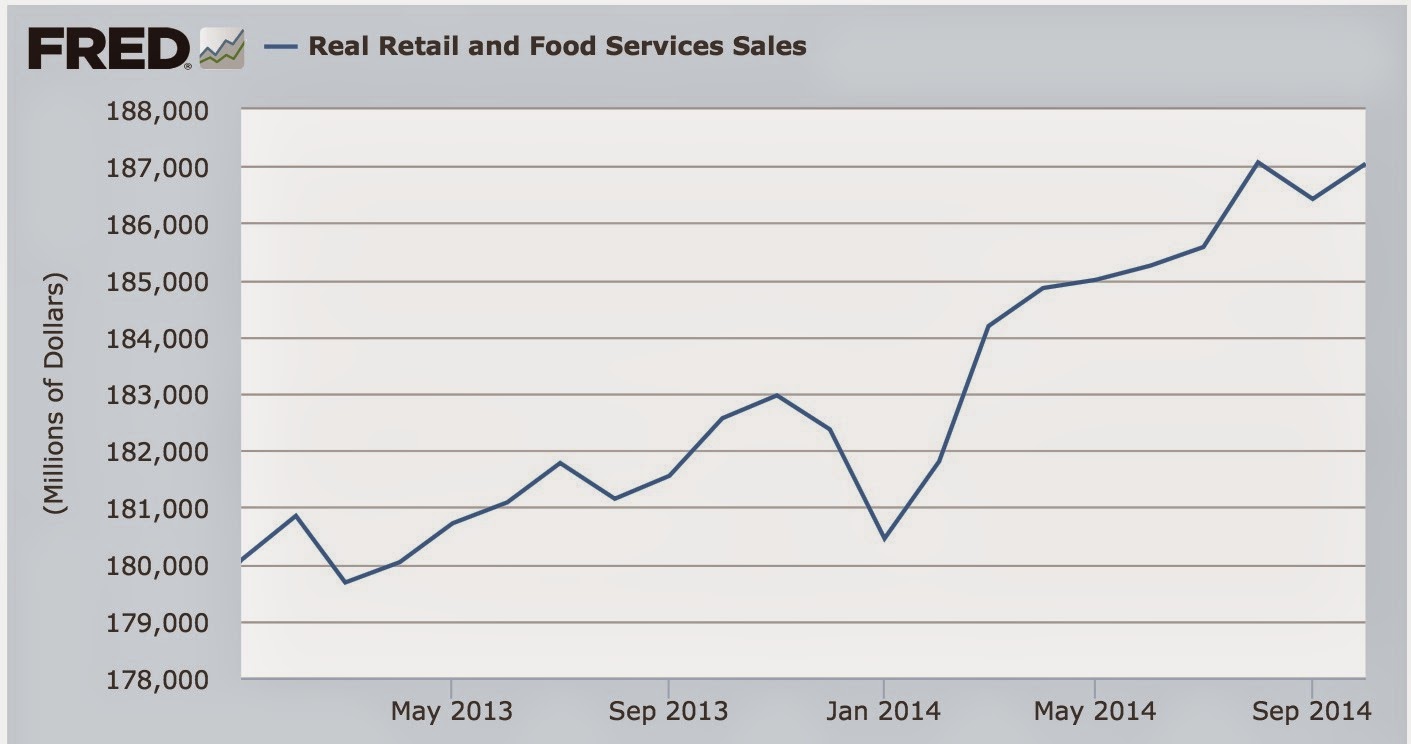 These returned to August levels.

Real retail sales per capita are a long leading indicator, typically turning one year or more before the economy as a whole.  October’s increase still leaves these below August’s level: 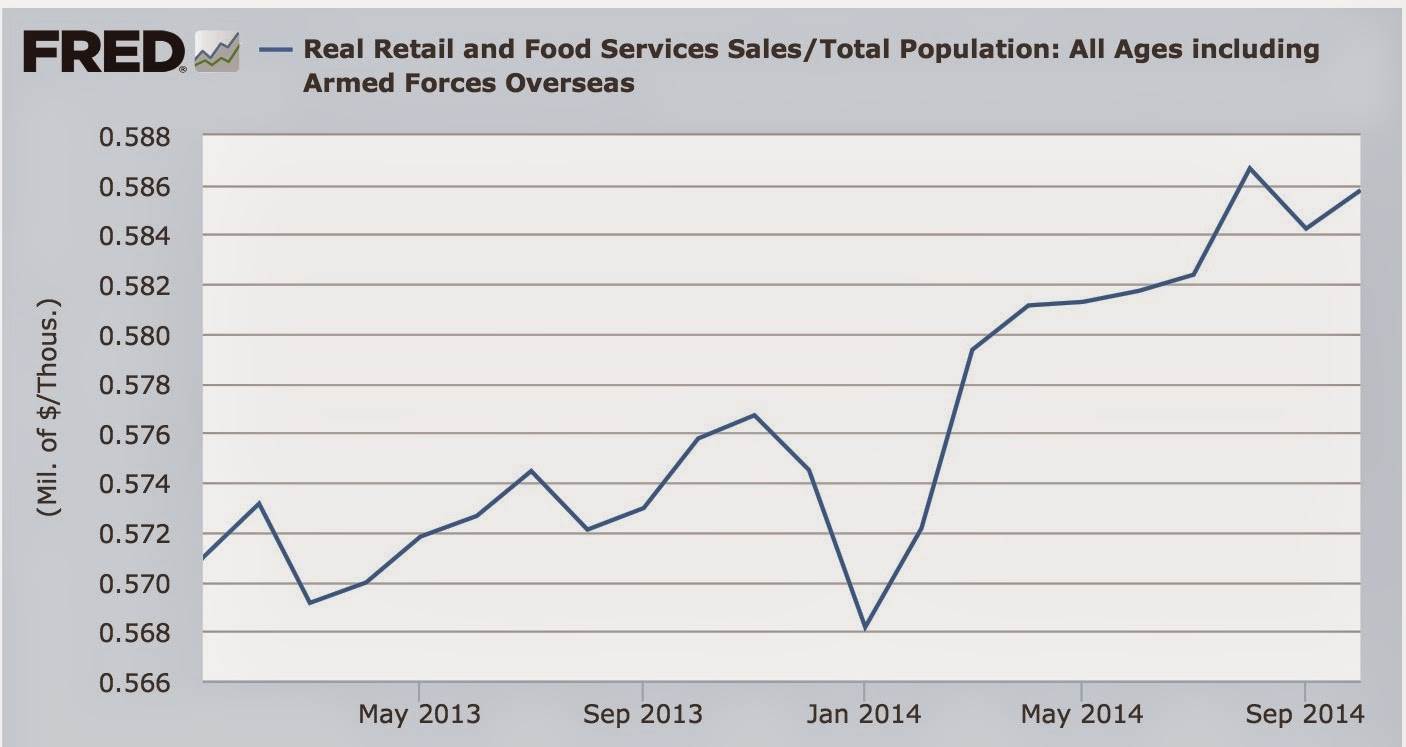 Real wages also increased, but are still below February’s level, and are still about 0.7% below their 2010 post-recession peak: 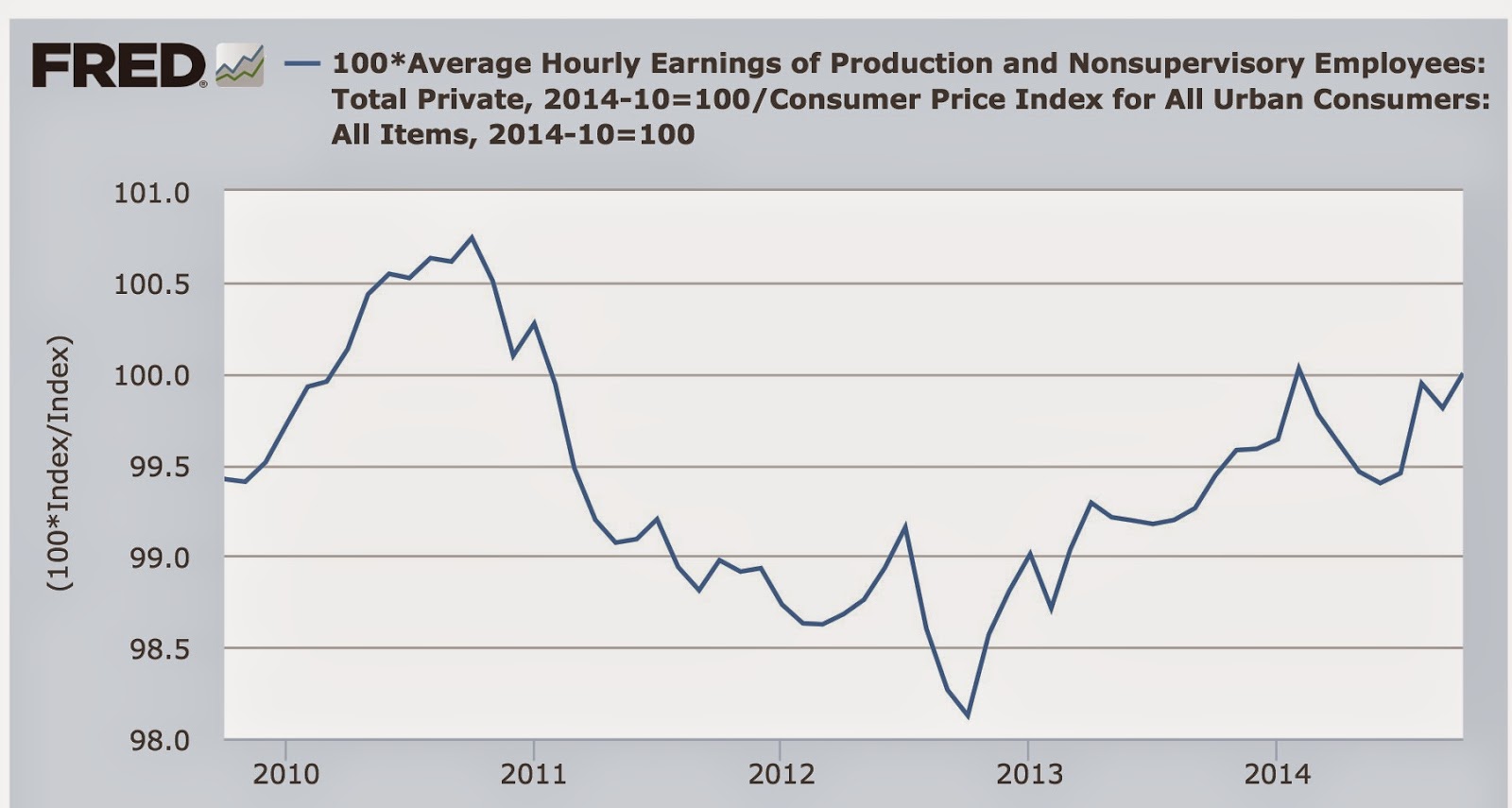 Of course, even that level was below virtually the entire 1970s peak for real wages: 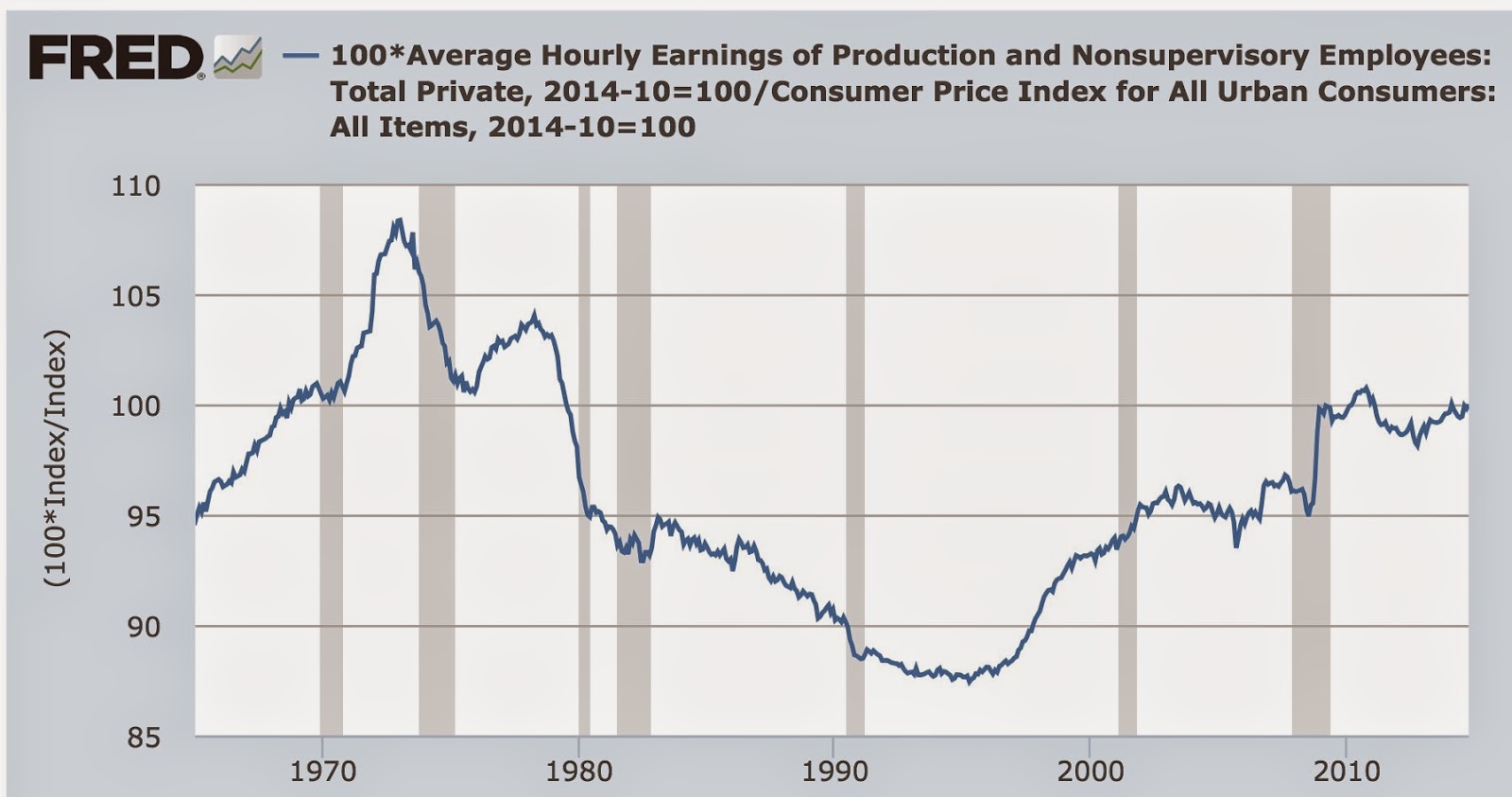